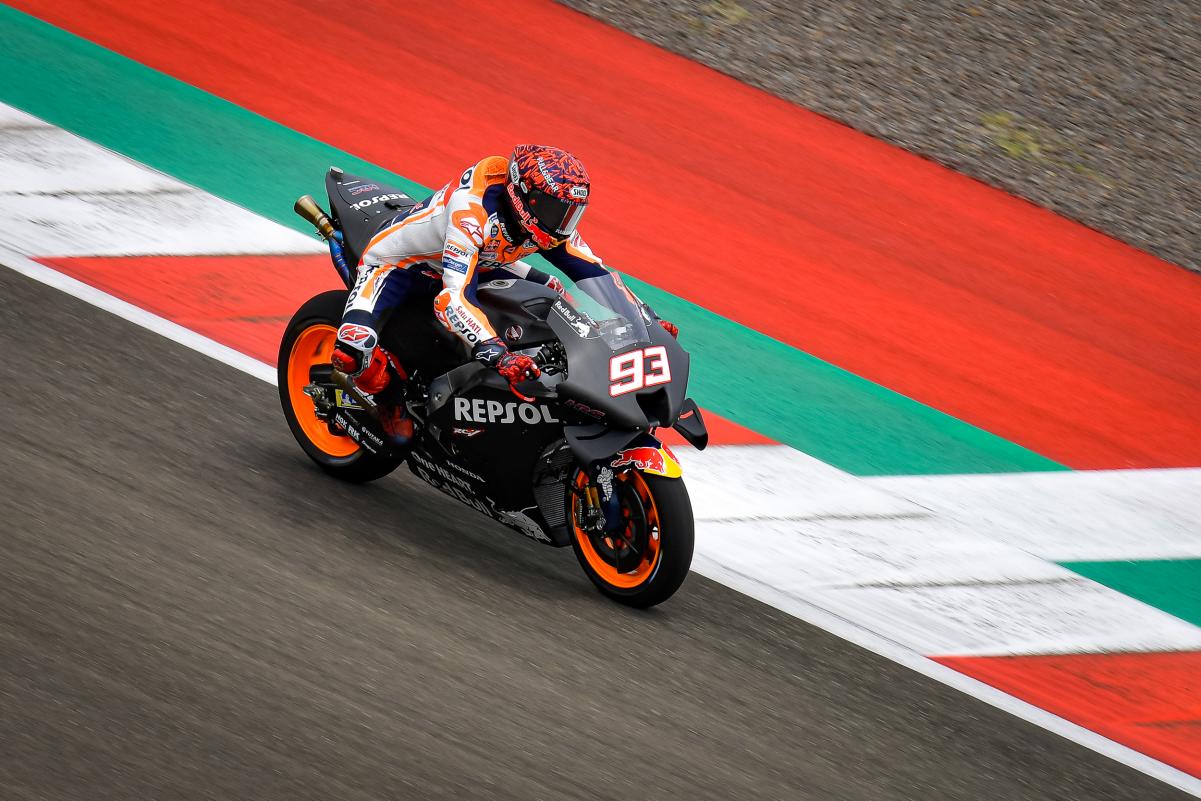 Marc Marquez is likely to make a quicker recovery from diplopia than when he suffered from the condition late last year, believes Repsol Honda boss Alberto Puig.

Marquez is sidelined for the second time in a matter of months, and the third time in less than two years once the broken arm saga is accounted for, after a horror highside just under a fortnight ago at the Indonesian Grand Prix.

As was the case when he crashed a motocross bike in training last October, he was diagnosed initially with concussion, and subsequently with diplopia (double vision), the latter of which is something of a legacy of an injury he picked up in a Moto2 spill more than a decade ago now.

This time around, Marquez has so far only been ruled out of this weekend’s Argentina Grand Prix, which is itself an uncertain proposition due to a cargo delay, but he was out of action for more than two months last time.

That previous injury cost him the latter two rounds of the 2021 MotoGP campaign and post-season testing, before he got back on a motocross bike in mid-January and ultimately made the start of 2022 pre-season testing.

There is no certainty as to when the six-time premier class champion can return, but Puig has reason for optimism.

“The crash was bad – we all saw it in Indonesia – but fortunately, the injury is clearly less than the one he had last year in Europe,” he told MotoGP’s official website.

“So, it’s quite optimistic, but realistic also, to think that his recovery period will be shorter than last time.

“When, it’s difficult to say. With the vision, it’s very, very complicated, but we want to think that it’s going to be faster than last time.”

Marquez went through a somewhat planned comeback in January, initially riding the motocross bike, then the roadgoing equivalent of his Honda RC213V MotoGP bike, and finally a Supersport bike, before being cleared for pre-season testing.

Puig claims there is no need for any such running before he rides a MotoGP bike again this time, given #93 will have been out of the saddle for a shorter period of time than in late-2021.

“I think this time, we will not go through that process,” he said.

“Because, for this problem with the eyes, it’s very simple; you see, or you don’t see.

“If you don’t see, hundred percent, you cannot ride.

“So, at that time, we had to do that, just for testing, because it was a long time he was out of the bike.

“But now, we had all the process, he was already racing one week ago [actually just under a fortnight], so the moment that [his vision] is clear and he sees, he will come directly to racing.”

The Honda team principal’s comments are not inconsistent with those of former MotoGP doctor Claudio Costa, the founder of Clinica Mobile, who said that Marquez’s vision could fix itself “tomorrow”.

Puig explained that his talisman is “upset”, but is looking for ways to expedite his recovery.

Furthermore, he claims that there will not necessarily be another repeat of diplopia next time Marquez happens to crash, citing the three other spills which #93 had at Mandalika before his big one in the Warm Up.

“I mean, of course, he was very upset; logically,” remarked Puig.

“I mean, we started the championship with high hopes, we did a good race in Qatar, and also the test in Indonesia [led us to believe] that we could also do a good race there, but then things went wrong, and unfortunately this happened.

“He had a lot of crashes there… Yeah, upset, but you know Marc, he’s an optimistic guy, and he recovers and he is now already thinking a way to speed up his recovery.

“That crash was very, very strong on him. The fact that he crashes, doesn’t mean that he is always going to have this problem, because he had a lot of crashes before that one, but that one was really bad.

“So, I want to think positive, and hope that it will be okay.”

Stefan Bradl has been brought in to replace Marquez at the factory team, while LCR Honda is down to one entry after Takaaki Nakagami became infected with COVID-19.

Whether Bradl indeed races this weekend, and whether Nakagami misses out on a grand prix, remains uncertain due to the nervous wait for the late arrival of a cargo plane which has already seen Friday practice cancelled.