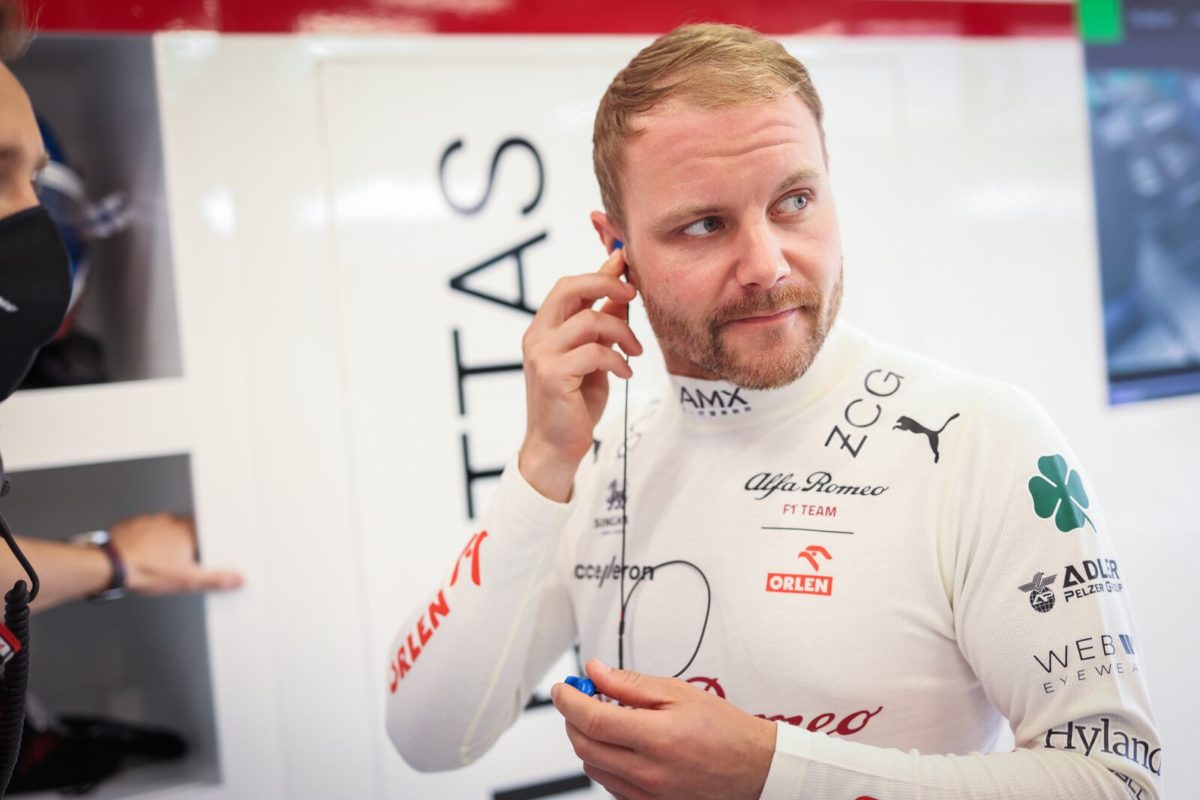 Valtteri Bottas is helping lift the Alfa Romeo Sauber team as he leads the operation in this year’s Formula 1 world championship.

The Finn switched from Mercedes to the Swiss-based squad during the off-season and has enjoyed a rich vein of form ever since.

He finished sixth in Bahrain and while he failed to see the flag in Saudi Arabia, after his engine began to overheat, he was running comfortably inside the top 10 and was odds on for another points result.

Those drives have helped lift the morale in the squad, which is serving only to further improve its on-track performance.

“His performance is impressive, but on top of that, what is helping on top of the performance, is the positive mood he’s giving to the team and to the other driver,” explained Xeji Pulolar, the team’s head of track engineering, when Speedcafe.com asked about Bottas’ influence on the team.

“So he’s fast, and is bringing the team with him, and I think that’s the key.

“That’s, I think, the biggest change I see.”

Sauber headed into the 2022 season with an all-new driver line-up, with Zhou Guanyu becoming the first Chinese Formula 1 race driver in the sport’s history.

They joined a team which has languished towards the rear of the grid in recent seasons, finishing ninth in last year’s constructors’ championship, a spot down on where it was at the end of both 2020 and 2019.

And while Bottas has been a positive influence on the squad, so too has Zhou.

“I think that most of his mood is really good, Valtteri, but also with Zhou, and having both of them working together, they boost engineers, they boost the mechanics,” Pujolar explained.

“And then, when everyone sees also the performance on track, I think that is giving us a lot of boost.

“So I think is really, really good, and first we need to solve the relativity issues, and fix the mistakes here and there, but the potential is very good.”

While both Bottas and Zhou scored points in Bahrain, neither did so in Saudi Arabia after the latter dropped to the rear of the pack at the start, and never fully recovered.

The 2022 Formula 1 season continues with the Australian Grand Prix next week, opening practice for which starts at 13:00 AEST on Friday.