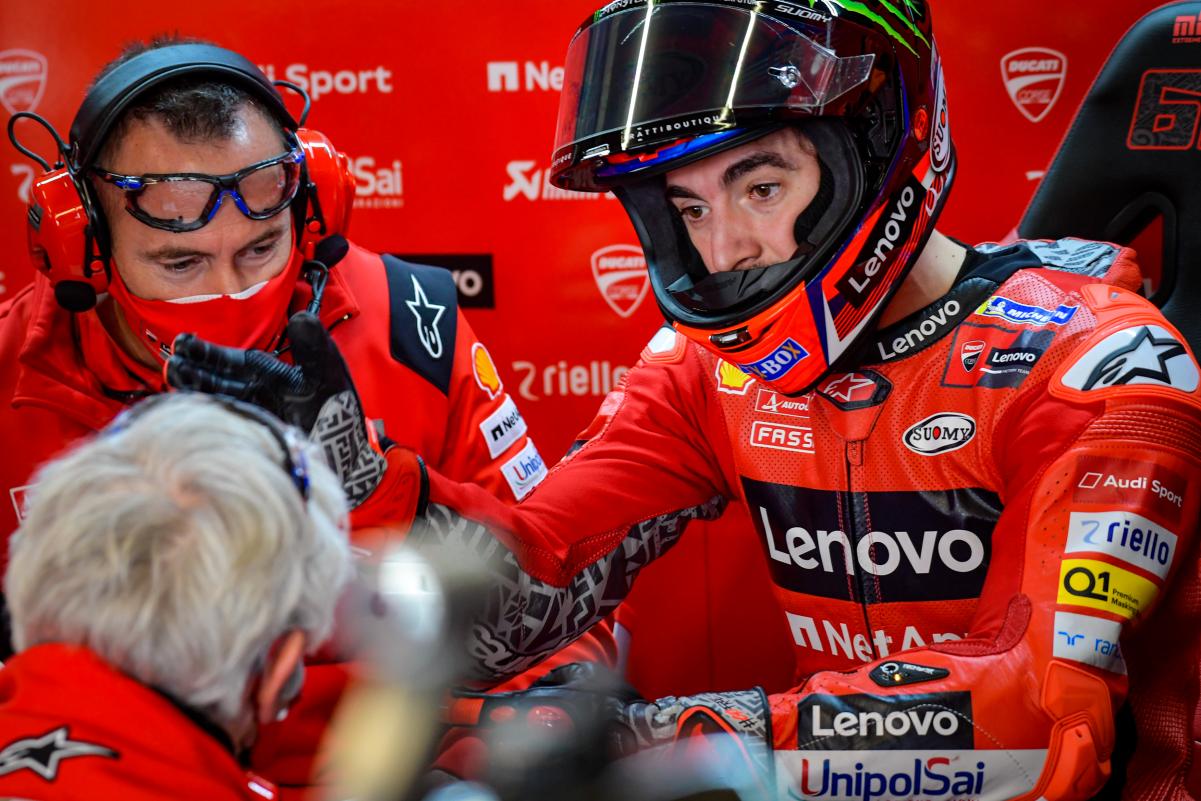 Francesco Bagnaia is concerned for his MotoGP title hopes in the event that the Argentina Grand Prix is cancelled altogether due to a freight drama.

Already, Friday track activity has been rubbed out, although each class will only lose one session in net terms relative to a normal grand prix due to a revised Saturday schedule.

However, Dorna Sports CEO Carmelo Ezpeleta admitted in a special press conference on Thursday afternoon (local time) at Termas de Rio Hondo that they were relying on a broken-down plane to finally leave Kenya that evening for the event to go ahead at all.

As yet, there has been no update on that plane, which was waiting for a replacement part to arrive from either Europe or the back-up option of the Middle East.

Bagnaia, however, is hopeful of a positive resolution given he has one point from the first two races of a season which he started as arguably the championship favourite.

“I am in a situation that requires me to restart to improve and progress,” said the Ducati Lenovo Team rider.

“I very much hope that we can race, because one race less would make even more of a difference.

“At the moment this is the biggest unknown factor. This race might be recovered later – we don’t know yet – for sure by tomorrow [Friday, local time] they will let us know what will happen.”

Bagnaia had a tough afternoon at the Indonesia Grand Prix, nearly crashing in the wet conditions and eventually reaching the chequered flag in just 15th, the last points-paying position.

However, the Italian says there were lessons from that round at the Mandalika circuit, given its similarity to Termas de Rio Hondo.

“It will be important to start well immediately and stay very focused,” he added.

“Luckily, this sort of thing did not happen on a track like Austin, which requires a lot of work.

“This, on the other hand, is a circuit quite similar to that of Indonesia, both in terms of design and set-up for the bike.

“I am not comfortable, because there is work to be done, but I am convinced that thanks to the work done in Mandalika we will be able to go well.”

Encouragingly enough, Jack Miller managed to finish fourth at Mandalika on the other factory Ducati and is 11th in the standings, nine positions and 12 points up on Bagnaia.

Premier class practice, assuming the aeroplane arrives with cargo for teams such as Ducati in time, is now due to kick off late Saturday night AEST/early Sunday morning AEDT.