Russell not giving up on title fight

Russell not giving up on title fight 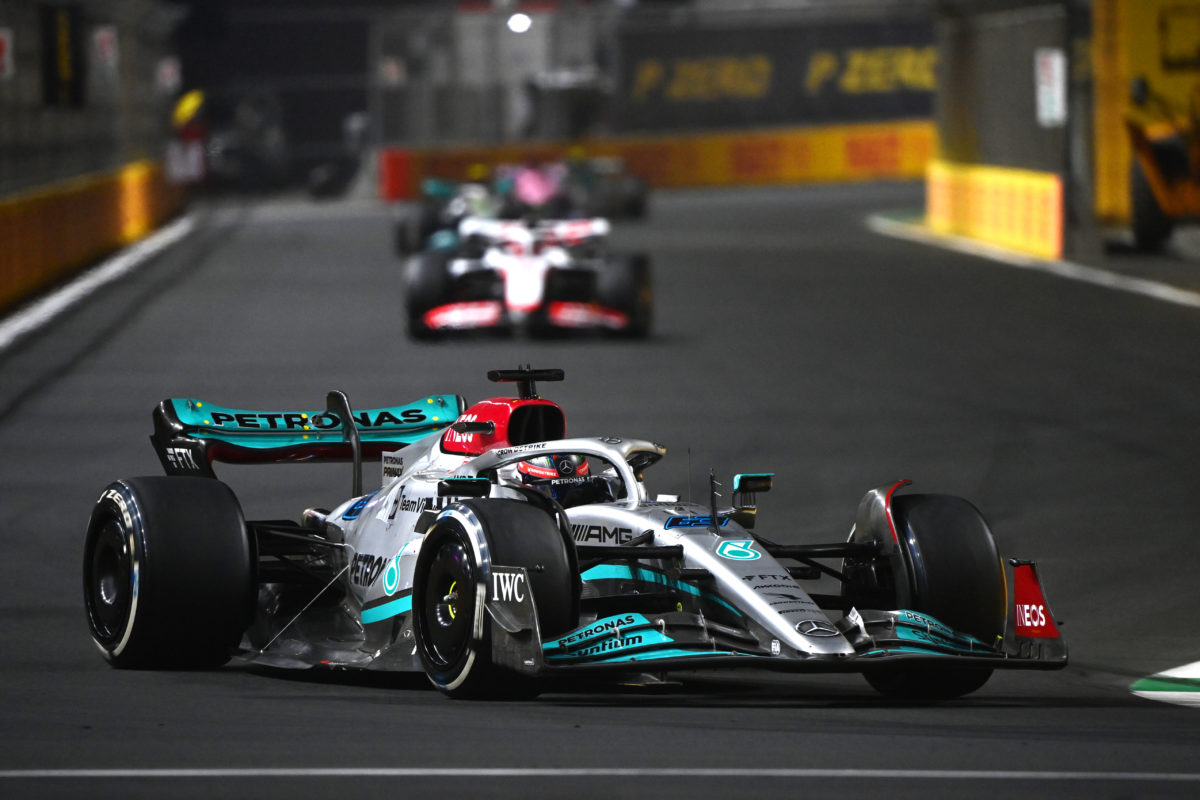 George Russell believes Mercedes can still mount a challenge for this year’s world championship despite a comparatively slow start to the Formula 1 season.

Mercedes sits second in the constructors’ championship by virtue of consistent performances in the opening two races, benefitting from the double retirement of Red Bull in Bahrain.

However, it’s clear the W13 is not the all-conquering machine Mercedes has become accustomed to in recent seasons.

Porpoising in particular has blighted the squad’s opening weekends, robbing it of performance as it manages set-up to minimise the impact of the aerodynamic phenomena.

Getting on top of that is not the work of a moment, but with a record 23-race calendar this year, Russell suggests there’s time to recover.

“We are fortunate the calendar is not, as I’ve said before, it’s not very dense at the start of this season,” he explained.

“Even if it’s a couple of months, we are only six or seven races down, and out of a 23-race season.

“If you come out of the blocks fast after the summer break, even as Mercedes and Lewis [Hamilton] did last year, you’re still in with a shot.

“So we need to be in almost damage limitation mode at the moment, pick up the pieces when there’s an opportunity, don’t throw away unnecessary points – even though it may just be for fifth or sixth, or hopefully a bit higher up, and make sure we’re within touching distance always.

“Then, hopefully as the car does improve, we can come back fighting.

“It’s a very long season. I think we’ve all got confidence that, if we do things right, there’s no reason why we can’t close the gap and potentially overtake.

“But equally, we recognise that Ferrari and Red Bull will continuously improve as well. So we could close it by six tenths, there’s no reason they can’t extend by another six tenths as well, so we need to play it by ear.”

Russell sits fourth in the drivers’ championship after the Bahrain Grand Prix with 22 points, six more than team-mate Lewis Hamilton.

The 24-year-old was fourth in Bahrain and fifth last weekend in Saudi Arabia.

Formula 1 next heads to Melbourne for the Australian Grand Prix on April 8-10.