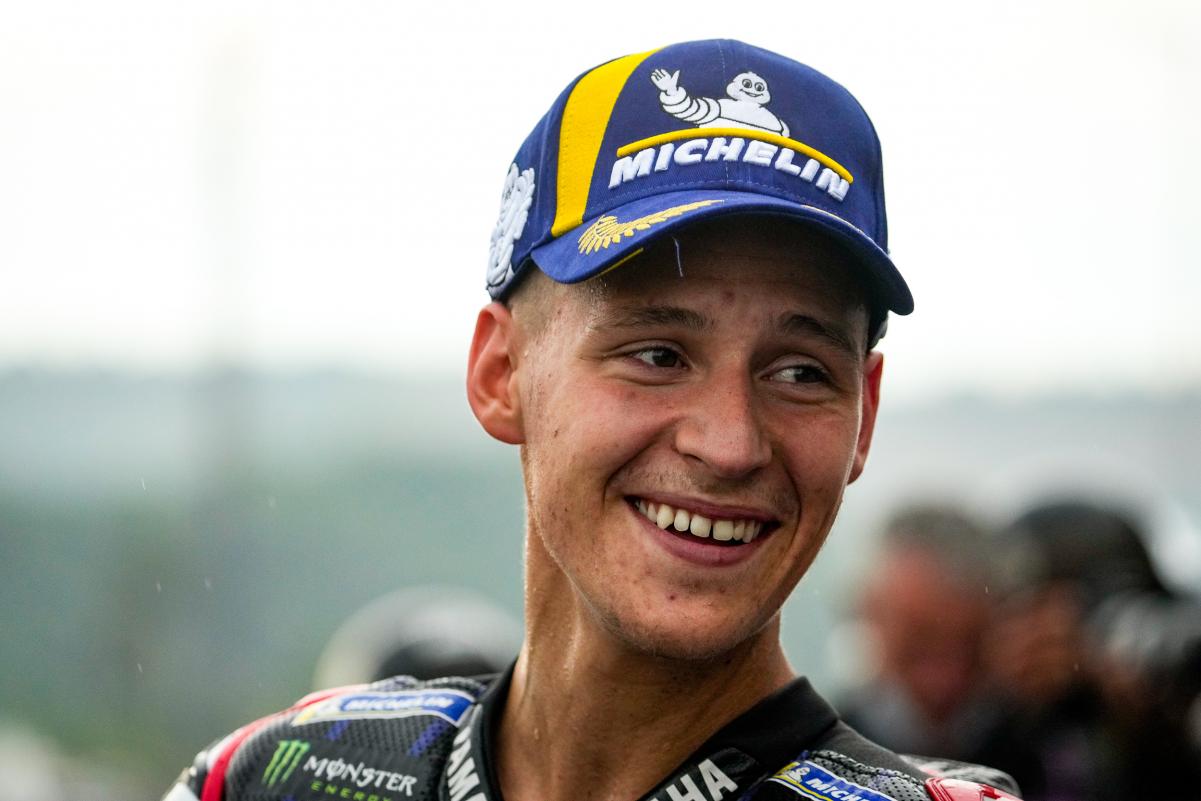 Fabio Quartararo is hopeful that what Yamaha achieved in a wet Indonesian Grand Prix can be replicated in dry MotoGP races to come.

The 2021 world champion finished second at Mandalika, a far cry from the ninth he took in the only other race so far this year, and a pre-season when he was frustrated particularly due to a continued horsepower deficit.

Ironically, despite the heavy rain which delayed the start of the Indonesia race and left the track soaked, he said one of the keys to the result was enhanced rear grip from his YZR-M1.

According to Quartararo, it was his first genuinely good wet-weather performance in years.

“To be honest, it’s a long time since I didn’t have [Ed: have had] this feeling with the bike,” said the Monster Energy Yamaha rider.

“In Le Mans last year, I make the podium, but basically because of my laps with the slick, and when it was raining, we [already had] a gap with the others [of] more than 10 seconds, so that’s why I made the podium.

“But here [Mandalika] was full wet and I had a rear grip, and it’s the thing I asked to Yamaha on that condition, and it’s what we do.”

Asked then if the Indonesia performance is a sign that Yamaha can fix its problems more generally, Quartararo admitted there was an element of luck at play.

However, he is optimistic that the rear grip improvement might carry over to other tracks.

“This is a little bit of luck, because when it rains at some tracks, the tarmac doesn’t have the grip, and [at Mandalika] it had the grip,” explained ‘El Diablo’.

“Basically, to be honest, since Austin 2021 [last October’s Grand Prix of the Americas], we used a different set-up on the bike – totally different – and it was already better.

“But now, we change just a really small thing on the bike and that, plus the grip on the tarmac, is helping a lot.

“So we know that the small thing we did, maybe if we make much more, can help to have more rear grip.”

Quartararo is third in the championship ahead of Round 3, the Argentina Grand Prix, this weekend.