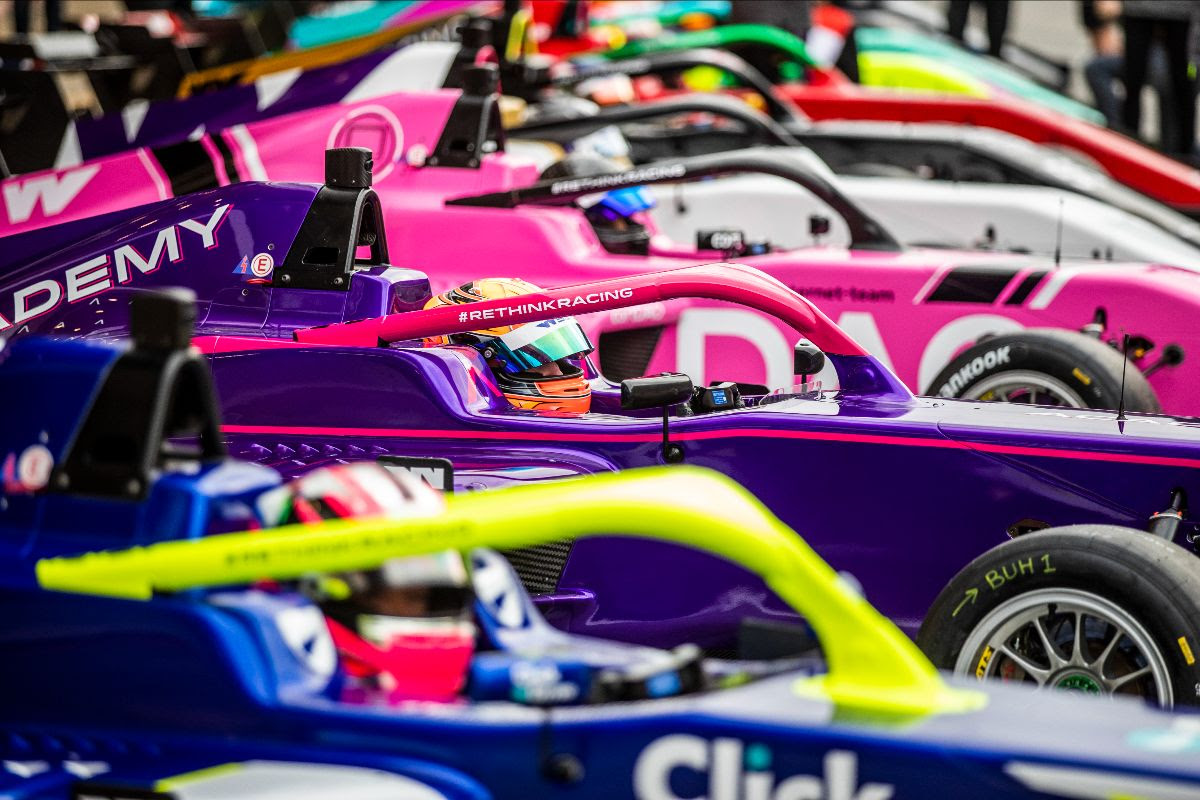 Cars from New Zealand’s Toyota Racing Series will fill the grid for two events of this year’s W Series.

Eighteen TRS vehicles will be dispatched to the Spanish Grand Prix in May and Japanese Grand Prix in October, where the third and seventh races of the W Series season will take place.

Both competitions utilise the same Tatuus chassis, but different engines, and those being sent from New Zealand “will retain their Toyota engines” for the races at Barcelona-Catalunya and Suzuka.

The stated reason for the move is logistical, specifically to reduce W Series’ carbon footprint.

“Toyota Gazoo Racing New Zealand (TGRNZ) will support W Series with the logistics required to get racing cars to Formula One race weekends on two different continents in the most sustainable way during the 2022 season,” reads a line from both competitions’ announcements.

The Barcelona event takes place a fortnight (Sunday to Sunday) after the season kicks off at the Miami Grand Prix, in North America, but six weeks before action resumes at the British Grand Prix.

Similarly, the Suzuka event is more than two months after that which precedes it, in Hungary, yet only a fortnight before the United States Grand Prix.

Putting cars on a boat rather than a plane, as Formula 1 will do, not only reduces the series’ environmental impact, but would also result in a significant cost saving.

“It’s great that we were able to come to an arrangement with TGRNZ over the use of their cars,” said W Series racing director Dave Ryan.

“I would like to thank Andrew Davis and Nicolas Caillol for the enthusiastic and proactive manner in which they approached this project, along with Bob McMurray who made the initial introduction between TGRNZ and ourselves.

“Putting together an international racing series is a complex operation requiring lots of resources, as W Series stages more races in a single season than ever before in 2022.

“This is a good solution for W Series as it prevents the use of air freight and allows us to stage our support races at eight Formula 1 grand prix weekends in the most sustainable way.”

Caillol, TRS’s category and operations manager, explained, “We actually started talking about our collaboration in early 2020.

“With the pandemic cancelling W Series’ 2020 season and reducing the scale of the 2021 season, the arrangement was put on hold until now.

“The main factors were freight logistics and costs for W Series and, with our cars not being used at that point of the year, it became apparent we would be able to help.

“We are currently in the process of having our 8AR Engine homologated by the FIA to enable our cars to compete in W Series.

“We hope very much that it is a win-win for both championships. We are all in it together as junior formula series around the world and we are delighted to be able to help.

“Of course, we’d love to see some of the drivers racing in W Series this year carry on their association with the FT60s and head down to NZ to compete in 2023.

“Tatiana Calderon, Michella Cerruti, and current Toyota 86 Championship drivers Chelsea Herbert and Christina Orr-West have all competed in Castrol TRS in past seasons.

“As part of the collaboration, we are hoping there will be opportunities in the future for Kiwi women to compete in W Series as well.”

The arrangement is unusual, particularly considering the use of different engines, but not entirely unique.

The Intercontinental GT Challenge, for example, operates with the philosophy that a manufacturer may compete for titles utilising different teams/chassis around the world given the global nature of GT3 regulations.

Meanwhile, W Series has also announced that its 2022 calendar will feature 10 races across its eight events, with those at the Miami and Mexico City Grands Prix to be double-headers.

Miami opens the season on May 6-8, while TRS is set to return in early-2023 after this year’s season was cancelled entirely.