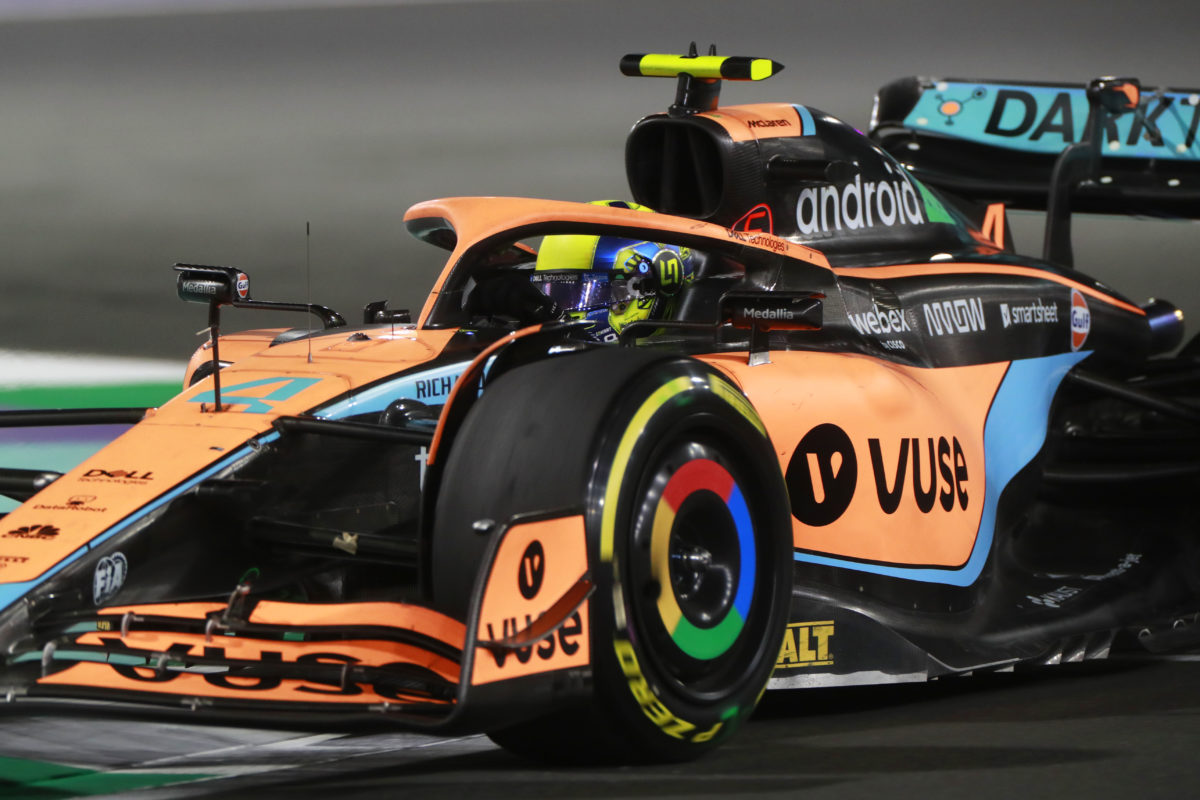 McLaren will continue with its ‘interim’ brake solution as the issues which hampered its final Formula 1 pre-season continue to have an impact as the circus heads to Australia next weekend.

The British marque was one of only two teams, the other being Haas, not to bring at least a small development package for the Saudi Arabian Grand Prix last weekend.

It followed the team scrambling to solve issues in the week prior to the season opener in Bahrain after brake temperatures on the front axle limited Lando Norris to only completing short runs in the final three days of testing.

With the sport now operating under a cost cap, teams are no longer able to freely throw resources at a problem; meanwhile while it works to resolve the brake issues, other development has been impacted.

“Obviously, the intensive work we had to do after we experienced this issue at the test, this was definitely costing us some resources that we would have liked to use more for performance development,” team boss Andreas Seidl said when asked by Speedcafe.com about the current state of development.

“That was definitely not ideal, and I would say compromises or delays in order to bring updates to the car.

“But in the end, we have to accept the situation as it is.

“The team back home is really looking after that since two weeks in order to understand exactly and we have a good idea of how we can bring that performance up.”

While the team has an idea of how to fix its issues, for the moment it looks as though McLaren will continue with the brake cooling solution it currently has.

“I would say we still run the interim brake solution at the moment,” Seidl explained.

“Because [of] the time available, that was the only solution, and reliable solution, we can bring to the car, which is definitely not optimum in terms of performance.”

Changes to the braking system this year have made it more complicated for teams to manage temperatures.

Shrouds now conceal the brakes from the wheel rim itself in an effort to inhibit the temperature bleed into the rims and therefore into the tyres.

Standardised wheel covers have also been introduced as part of aerodynamics rules designed to allow cars to follow one another more closely.

The net effect is that managing brake temperatures is more difficult than it was a year ago, with McLaren not alone, though certainly worst off, when it comes to getting on top of the issue.

Norris scored McLaren’s first points of the season in Saudi Arabia with a seventh place finish, while Daniel Ricciardo was forced out with a suspected driveshaft issue.

The squad sits eighth in the constructors’ championship on six points, having finished fourth in the competition last season.