Formula 1 will return to Las Vegas next November

Formula 1 will host a third race in the United States from next season with the addition of the Las Vegas Grand Prix.

It marks a return for the City of Sin to the F1 calendar after twice appearing on the schedule in the early 1980s.

However, while those races were held around an uninspiring circuit in the Caesars Palace casino car park, next year’s event will take in key landmarks around Las Vegas.

That includes a stretch down the Strip, where top speeds are predicted to reach more than 340km/h. The length of the 14-turn circuit is 6.12km.

The race is set to be held in November 2023, unusually with the race planned to be run on Saturday evening.

Temperatures in November are typically far milder than the preceding month as the northern hemisphere moves towards winter, with an average high of 20 degrees and low of nine. 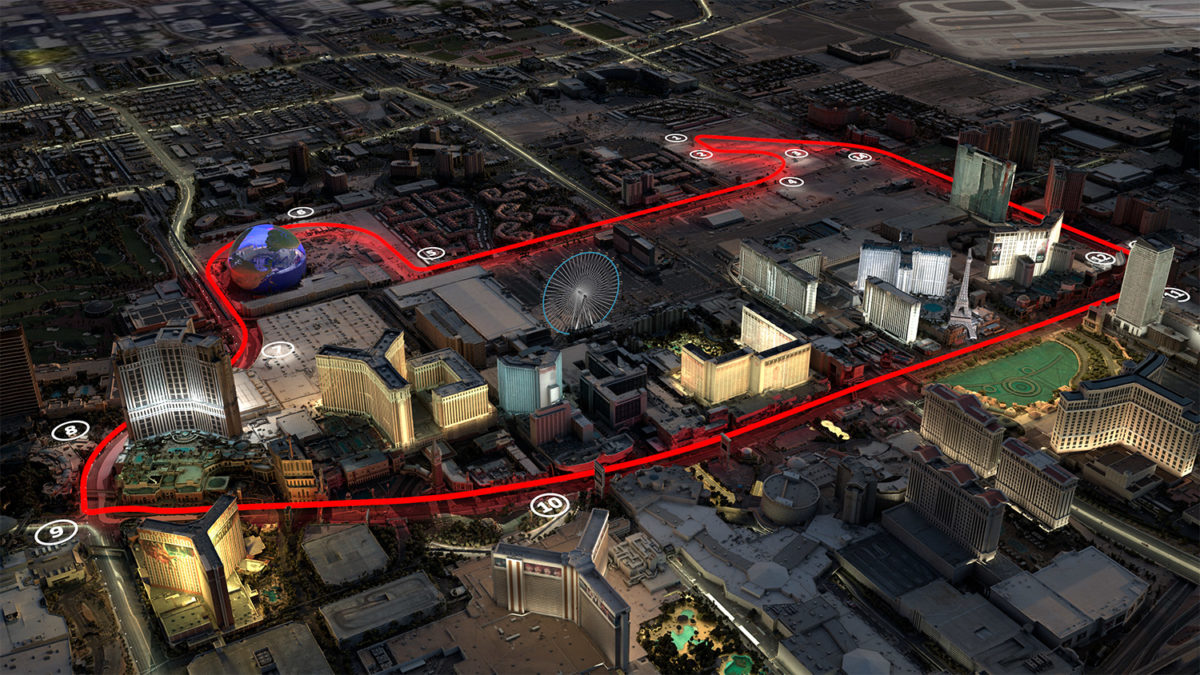 “This is an incredible moment for Formula 1 that demonstrates the huge appeal and growth of our sport with a third race in the US,” said F1 CEO Stefano Domenicali.

“Las Vegas is a destination known around the world for its excitement, hospitality, thrills, and of course, the famous Strip.

“There is no better place for Formula 1 to race than in the global entertainment capital of the world and we cannot wait to be here next year.

‘I want to thank everyone who helped deliver this event, especially Governor Sisolak, the Clark County Commission, Steve Hill at the [Las Vegas Convention and Visitors Authority], and our local partners.”

Hill, president and CEO of the LVCVA, added: “We eagerly anticipate the moment when the history, energy and momentum of Formula 1 will culminate in an unforgettable Saturday night on the Las Vegas Strip.

“Spectators will experience the unrivalled thrill of watching these world-class drivers race through what is sure to become one of the most iconic racetracks in the world.

“Formula 1 and Liberty Media have been incredible partners, and we look forward to November 2023 when we once again showcase that Las Vegas is ‘The Greatest Arena on Earth’.”

Discussions surrounding bringing F1 to Las Vegas have been ongoing for some time, with officials from the LVCVA in attendance at the United States Grand Prix in Austin last year.

How the race slots in around the event at the Circuit of The Americas is thus far unclear, though given the two venues are separated by more than 2000 kilometres there is no reason they couldn’t be paired.

The USGP has typically run as part of a busy triple-header that has included the Mexico City and Sao Paulo Grands Prix.

Bobby Epstein, promoter of the CoTA event, has previously gone on record to suggest that the two events could easily cohabitate given the difference in geography and style of the races.

Curiously, the Las Vegas GP will not have a local promoter, with Formula 1 and Liberty Media working together with Live Nation Entertaining and a slew of local stakeholders including the LVCVA and a number of local casinos.

It means the race will not generate a promoter’s fee, which is usually worth tens of millions of dollars and combined makes up around a third of the sport’s annual income.

Most events in the modern age are underwritten by governments, which make heavy losses but are happy enough to do so given the economic boost it gives to the city, and the marketing value F1 brings with it.

How a street race, which experiences higher costs owing to the non-permanent nature of the venue, will generate a positive return is therefore less certain.

However, it’s not beyond the realms of possibility that it is being considered a marketing investment for F1 itself as it looks to capitalise on strong and growing interest Stateside.

The addition of Las Vegas to the calendar for 2023, for the moment, doesn’t see that expand as it can be considered broadly as a direct replacement for the axed Russian Grand Prix.

Formula 1 last hosted three events in the United States in 1982, with Long Beach, Detroit, and Caesars Palace featuring on that year’s calendar.