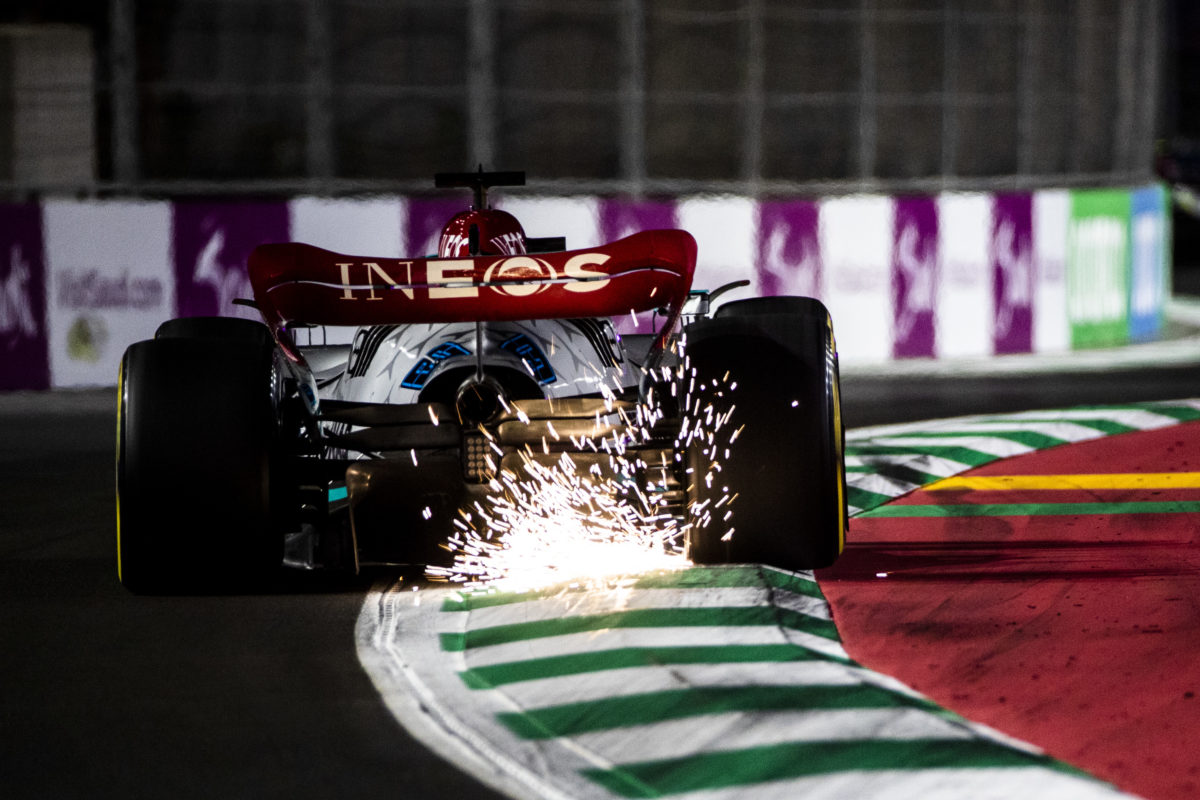 Mercedes boss Toto Wolff has defended Formula 1’s decision to race in Saudi Arabia last week after a missile strike rocked Jeddah on the Friday of the event.

An oil depot little more than 10km from the circuit was hit on Friday afternoon as cars were on track for opening practice, plumes of smoke and fire from the attack visible across the city.

“When you consider the various battle fronts, maybe that’s not the appropriate word, but political conflicts with more severe situations for the population that has been going on in the Middle East since a while,” Wolff argued.

“I think we all love, I love going to Tel Aviv, but if you’re in Tel Aviv you’re pretty used to situations where drones are being flown over.

“And it goes both directions.

“There wasn’t any attack into Saudi Arabia that caused any civilian casualties as far as I can remember, as far as I’ve been told, for a long time.

“So that’s why we just need to understand that this is culturally very different to how we see our western cultures.

“For us, is it acceptable to race 10 miles away [if] there was a drone rocket that’s going in a petrol tank? Certainly not. But for here, within their cultures, these things happen.

“Does Saudi Arabia and some of the other Middle Eastern countries share the same values, the same culture as we do in Europe? They don’t.

“Are they where we want them to be? No.

“Can we, by coming here, put the spotlight into this by racing here in Formula 1, by making those things visible and therefore making it a better place? I still think so.

“I’d rather come here and make the spotlight shine on the region so it needs to be in a better place, rather than say ‘I’m not going there, I don’t want to hear anything of it’.”

A series of emergency meetings were held on Friday at the circuit which ultimately resulted in the decision to carry on racing.

It was not a call that sat easily with everyone, with criticisms of the sport and even suggestions some were strong-armed into remaining.

The drivers in particular gave the impression of discomfort, despite making no public statement to that effect, evidenced by a three-hour meeting following Free Practice 2 on Friday night.

It has been alleged there was a degree of coercion used to ensure their participation.

“There wasn’t any arm-twisting from our side,” Wolff said.

“There was good discussions when the team principals talked to the drivers. I think what we talked was sense and not at all any pressure, but maybe that was perceived in a different way.

“At the end, the show and the spectacle was amazing, and what we delivered as a sport was great, and I think this is what sports should do.

“And, to be honest, I’ve been here since five years. I’ve seen change. And I repeat what I said before, there’s just so much more to do. I mean, a lot.”