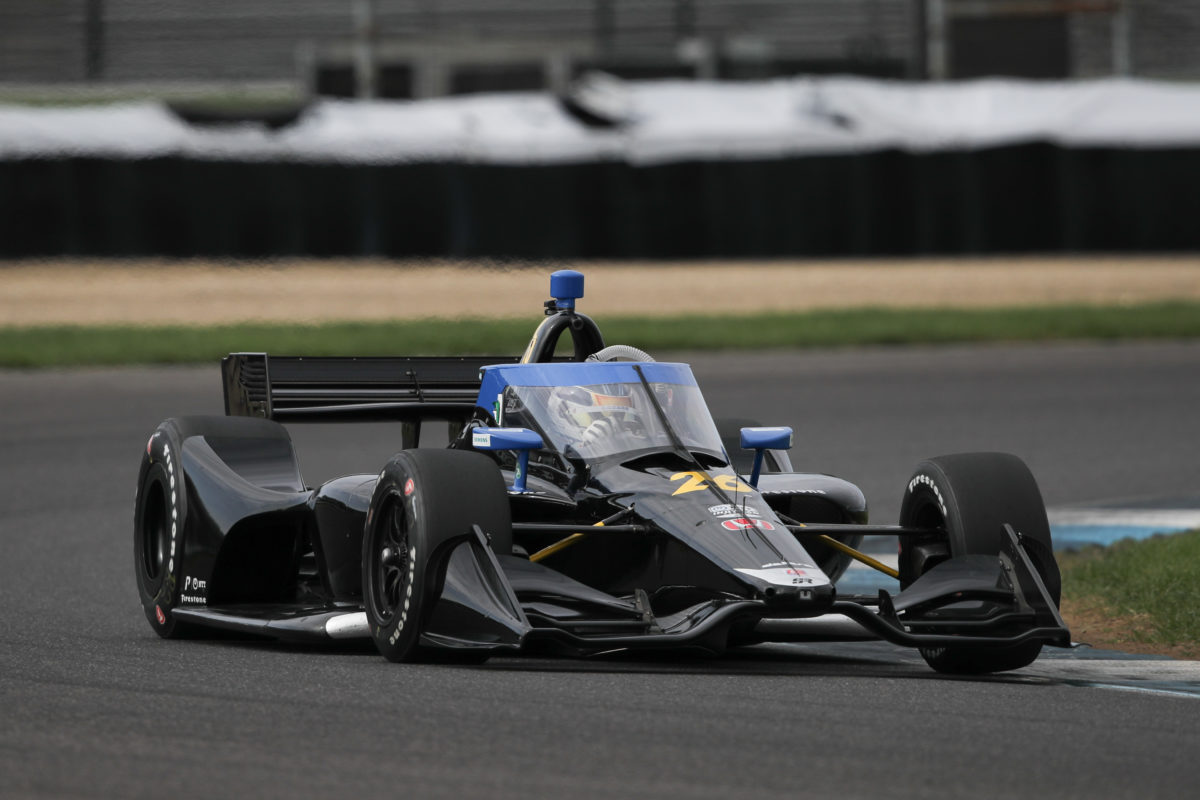 A total of 10 cars across four IndyCar teams will test on Indianapolis Motor Speedway’s road course later this week.

There were plans for 20 cars to be in action this Thursday (local time), although it appears that particularly cold weather in the town of Speedway has put paid to much of that.

Andretti Autosport will have the greatest complement of drivers at the private test, namely its four regulars in Colton Herta, Romain Grosjean, Alexander Rossi, and Devlin DeFrancesco.

McLaren SP will run Pato O’Ward, Felix Rosenqvist, and also Juan Pablo Montoya, who is contesting May’s road course race as well as the Indianapolis 500 itself.

There has already been testing at the Brickyard this week, with both Chevrolet and Honda giving their 2.4-litre engines their track debut ahead of an introduction to competition in 2024.

Team Penske and Chip Ganassi Racing, respectively, have each been running a car on their behalf, although track activity has been limited by the low ambient temperatures.

The engine test, conducted without the energy recovery systems which are yet to arrive in the country, is being held on an alternate version of the road course so as to minimise any advantage which Penske and CGR might derive from it.

Ironically, the latter is among the teams that were originally going to be part of the aforementioned private test later this week.

The next event on the IndyCar calendar is the Grand Prix of Long Beach, on April 8-10 (local time).