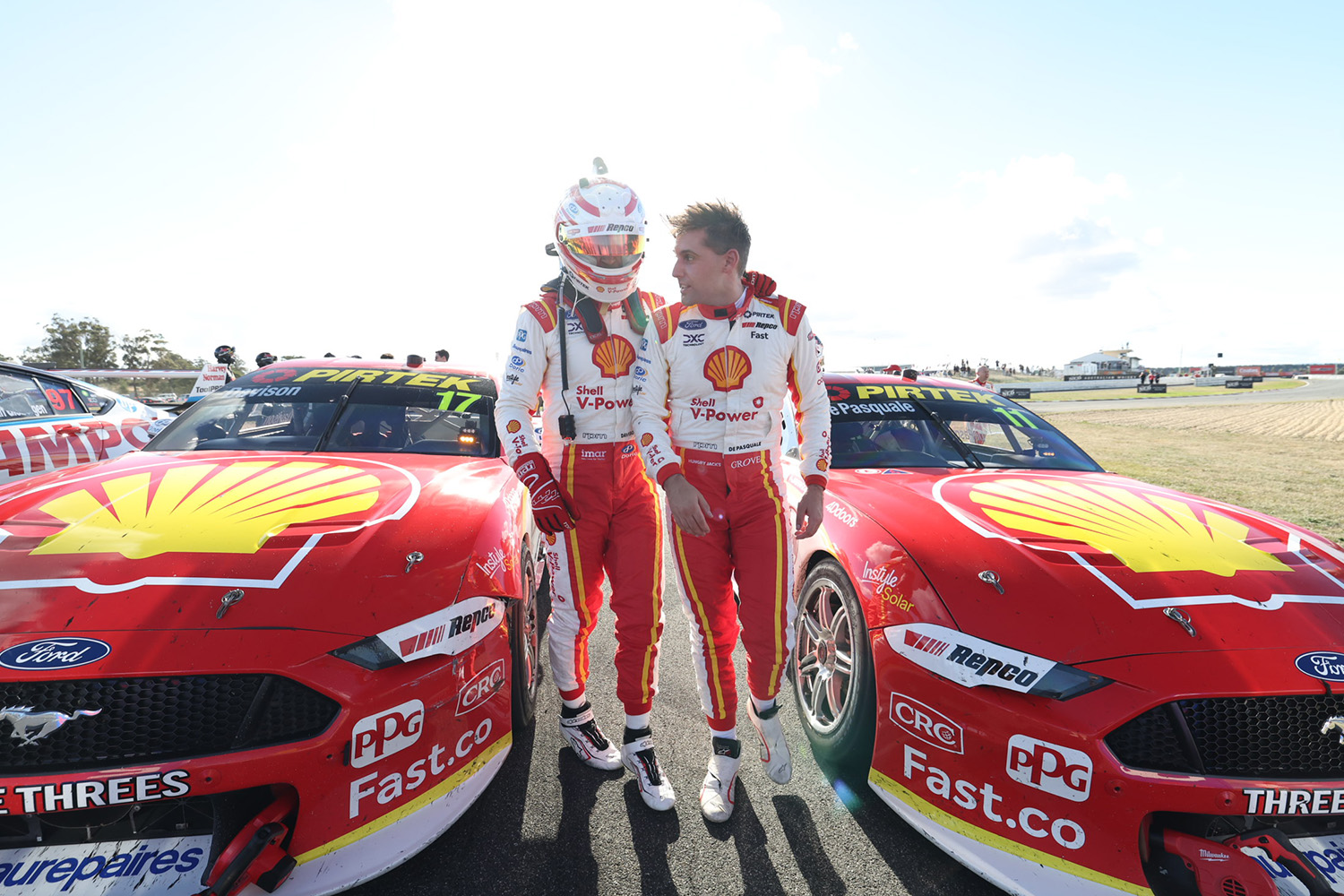 Will Davison (left) and Anton De Pasquale after their two-three finish in Race 5. Picture: Mark Horsburgh

However, that’s not to say that the Shell V-Power Racing Team duo of Will Davison and Anton De Pasquale were uncompetitive.

In fact, Davison reset the practice lap record on Saturday morning and qualified on pole position for the weekend’s finale.

De Pasquale, meanwhile, recorded a weekend-best third in Race 5 after a comeback drive to sixth in Race 3 and fifth in Race 4.

The weekend might have been better if not for De Pasquale’s tangle with Nick Percat on Lap 2 in Race 3 that saw him drop to 20th.

Similarly, Davison was well-positioned in Race 4 before a pit stop problem dropped him down a lap.

Asked whether the team was lacking relative to the championship points leader, Croke recognised van Gisbergen’s form as being a key factor.

“I think he’s just at the top of his game,” Croke told Speedcafe.com.

“We probably didn’t put him under enough pressure over the course of the weekend.

“Hopefully, we’ve got some circuits where historically we’ve been okay at [coming up] so we can put him under pressure there and see how we go.”

Coming into the weekend, the Stapylton squad led the teams’ championship by 48 points.

However, by the close of proceedings at Symmons Plains, that advantage had swung in Triple Eight Race Engineering’s favour to the tune of nine points.

In the end, Croke labelled the weekend good but not great.

“I think there were some highs from the weekend, a couple of lows as well,” said Croke.

“Overall, it was solid. Both cars were in the top six, seven in every session; practice, quali, and the races.

“I think even when Anton got shuffled back to 20th we showed some speed and some good strategy and pit stop execution there that recovered and got him back into the top six.

“Overall, solid. To have both cars on the podium at the end there was good. Obviously, not quite enough for the #97 but I feel we were probably more than competitive with the rest of the field.

“I think we were okay this weekend again. We’re there or thereabouts in the championship. We’ve been consistent throughout the year even without getting that top spot.”