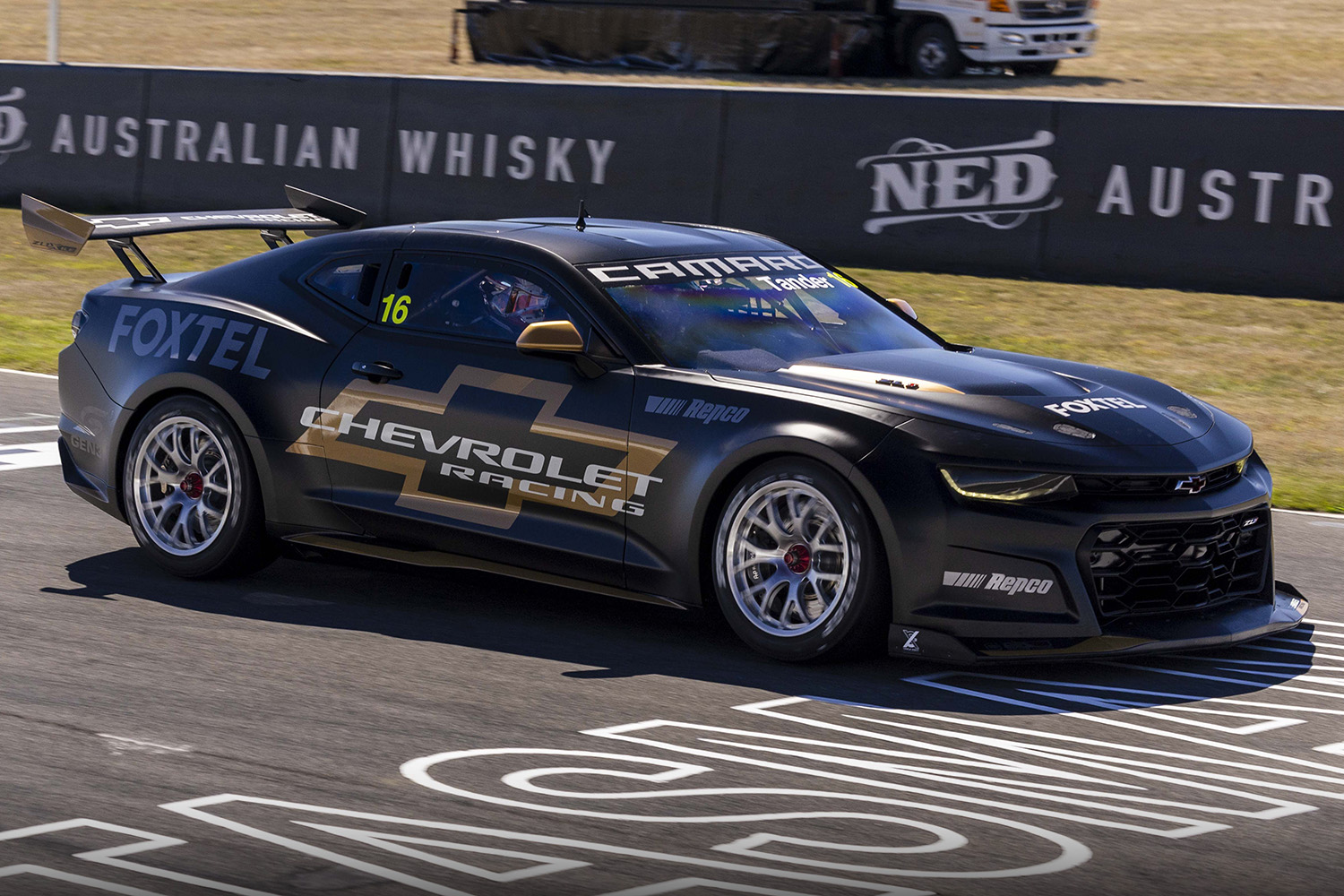 Shane van Gisbergen has given his best endorsement yet of Gen3 in the wake of changes to the prototypes.

The Red Bull Ampol Racing driver has arguably been one of the category’s biggest critics in the build and development process of the next-generation touring cars.

To date, van Gisbergen has participated in the lion’s share of prototype testing of the Chevrolet Camaro.

The Kiwi was among those to raise issues with Supercars regarding the cockpit ergonomics, problems which extended to the Ford Mustang that caused leg numbing and restricted visibility.

With that recently rectified, the two-time champion sampled the Camaro for the first time on Friday at Symmons Plains International Raceway ahead of the Tasmania SuperSprint.

Yesterday, van Gisbergen was able to complete more meaningful running to gauge the changes, to which he responded positively.

“Inside, it’s much more comfortable with the legroom. Sitting up a little bit higher than I was before, I’ve got a little bit better vision.

“It’s not the best out the sides, but for driver comfort and vision out the front, it’s definitely much improved.

“Garth [Tander] was very comfy as well. He’s a bit longer in the legs than me. It’s pretty good.”

The test represented the best opportunity for drivers to get a reference between the Gen2 and Gen3 cars, having only raced in the days prior at the same location.

Van Gisbergen made several more observations, including the difficulty under braking due to the lack of rear downforce – not an issue per se, rather a characteristic of the Gen3 car.

“It was pretty difficult under brakes with not much downforce,” van Gisbergen explained.

“It was quite hard to be confident down the back straight. I quite enjoyed driving it.

“I think they’re making some good gains with it. Seeing both cars, they both sound awesome at the end of the back straight. It was a pretty cool day.

“When we’re all talking, we’re all saying similar things about how it’s difficult under brakes and the thing is locking rears initially because you don’t have the rear downforce.

“We were on the same track in the Gen2 cars the day before, so it’s a pretty good reference.”

“It’s definitely the best back-to-back I’ve done. I think it’s better, for sure. From what I heard from the other guys, they seemed to enjoy it as well.

“There’s still some things that will come in time, but I definitely enjoyed it more than I have previously.”

The Kiwi has also been vocal in his disdain for the introduction of paddle shift, a decision which was ultimately overturned in favour of the status quo manual sequential shifter.

Although not widely spoken about publicly; throttle response, or a lack thereof, has been an issue among drivers.

That, said van Gisbergen, has been remedied with new throttle bodies and fly-by-wire development making effective heel-and-toe easier to execute.

“It’s actually really good,” he said of the throttle response.

“It’s pretty instant. I remember when we used to race the V8 SuperTourers in New Zealand, that was terrible. It’s sort of the same motor set-up in some ways.

“With the way they’ve done the new throttle body, it’s almost instant. It feels different because it has no tension really on the pedal, but the response is instant like a current car.

“That makes it so much easier for the down changes.”

It’s also worth noting that neither car ran with anti-roll bars after a failure for the Chevrolet Camaro during the pre-event shakedown at Queensland Raceway.

That made for a lively ride, a sentiment shared among the drivers on Monday.

Although anti-roll bars will eventually be re-installed, van Gisbergen said the absence of them gave the Gen3 cars more attitude, something he previously said they lacked.

To date, Supercars has run the car with a baseline set-up, but van Gisbergen believes the cars could eventually be set up in a way where they pitch and roll to generate mechanical grip.

“It didn’t have anti-roll bars at all, it was just the springs holding the car up,” said van Gisbergen.

“That’s what made it interesting to drive for me because the car was moving around.

“When you were watching the cars through Turn 7 onto the front straight, they looked wild and it was wild to drive.

“I think with some softer springs and maybe some roll bars, it’ll still drive good but I think it was just overly stiff beforehand and that made the cars look and sit too flat.

“I think they’ll look better with some attitude. It looks much better and it’s more of a spectacle to watch, isn’t it? And it’s tougher to drive, but I think it looks better.

“I hope everyone thinks the way I do and wants to see the cars looking like that.”

Gen3 testing will resume at the Phillip Island Grand Prix Circuit in the days after the Formula 1 Australian Grand Prix on April 7-10, where the Repco Supercars Championship will be the lead support category.