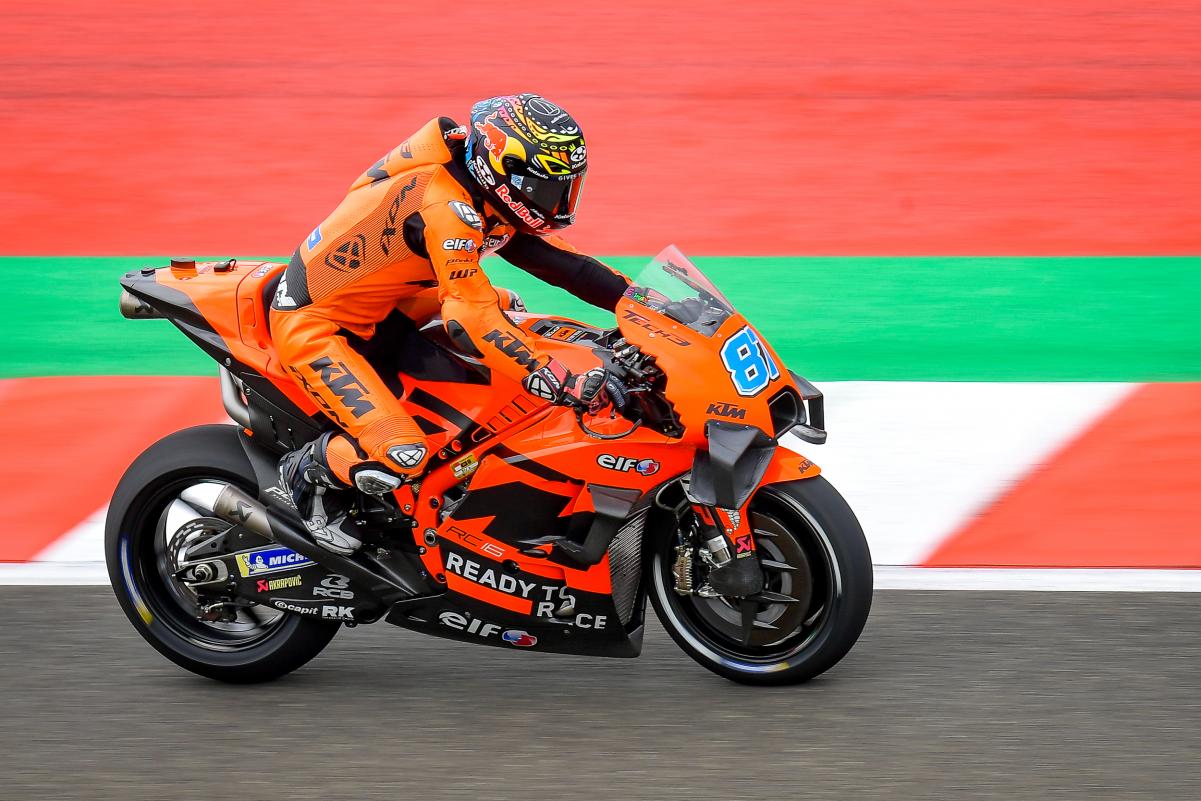 Tech3 team manager Herve Poncharal expects Remy Gardner and Raul Fernandez will be closer to the factory KTM riders in this weekend’s MotoGP round at Argentina.

The Austrian marque is enjoying unprecedented form at this early stage of the 2022 season, leading both the constructors’ and teams’ championships for the first time.

The Tech3 riders have scored just a single point between them in their first two rounds in the premier class, and both have identified their works team counterparts as yardsticks, particularly in light of the strong performances of Binder and Oliveira.

Poncharal anticipates that Gardner and Fernandez will make up some of the gap at Termas de Rio Hondo, even if the latter has not even ridden a Moto2 bike there.

“After a few well-deserved rest days following the Indonesian Grand Prix, Tech3 KTM Factory Racing team is ready and excited to fly to Argentina, for the first time since 2019,” noted the Frenchman.

“We always had great results at Termas de Río Hondo, it has a great layout, and I have to say that we have always enjoyed racing in Argentina.

“It is also great to be coming back following the fire incident that occurred at the circuit and we hope to find a paddock and a circuit in an even better state than last time we came.

“Last time we were in Termas, the KTM bikes performed well, and I cannot wait to see the progress made by our two rookies.

“The Qatar and Indonesia Grand Prix were two tough races, including one in full wet conditions, so they both have been very important for their learning curves.

“We have great memories of Remy in Termas when he was riding with us on our Mistral Moto2. He produced a great race on a drying circuit, so hopefully he will be able to replicate his good feelings.

“Again, it will be almost a complete discovery for our two riders because everything is different with a MotoGP engine, but I believe that both Raul and Remy will be competitive this weekend, and get closer to Miguel Oliveira and Brad Binder.”

Gardner has happy memories of Termas, it being the scene of his first ever grand prix podium when he finished second in the Moto2 race in 2019.

In this, his first season in MotoGP, he has finished 15th at Lusail and 21st at Mandalika, where he was last of those to make the chequered flag after being hampered by visibility issues.

Ahead of the return to Argentina after a two-year absence due to the pandemic, the Sydney-born rider remarked, “We had two challenging first races in Qatar and Indonesia because the MotoGP class is high level and there is a big gap to which I’m still trying to adapt.

“Back in Doha, we managed to get a point, and in Mandalika we had a decent pace but the wet race in Mandalika was complicated for me.

“Anyway, it is good experience in the bag in order to improve for the next races.

“We are now going to Argentina, which is one of my favourite tracks, so I hope that we can have a good weekend and a great race.”

Practice for the premier class starts in the early hours of Saturday morning (AEDT).