Marquez ruled out of Argentina MotoGP round

Marquez ruled out of Argentina MotoGP round 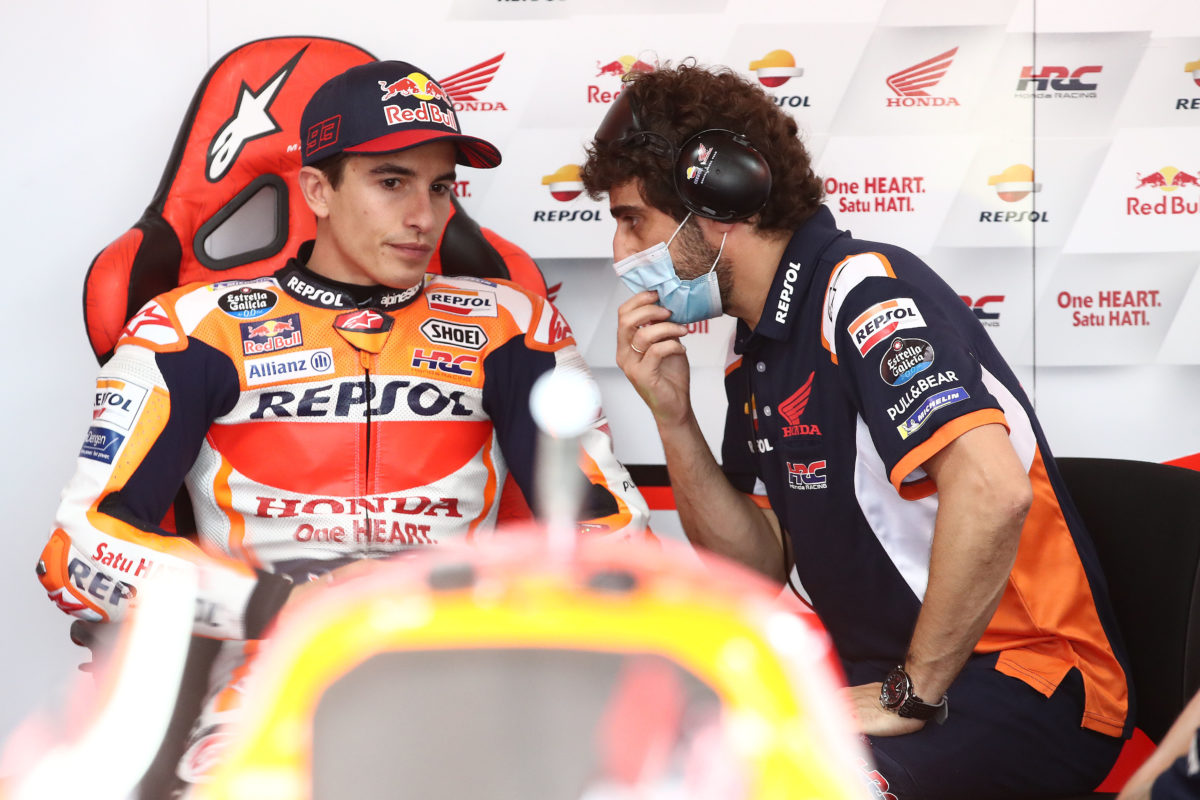 Marc Marquez has been officially ruled out of this weekend’s Argentina Grand Prix despite “very favourable improvements” in his diplopia.

The factory Honda team made the announcement following a second check-up on his eyesight since his monster highside in the Warm Up session for the Indonesian Grand Prix, just over a week ago.

A statement from the squad read, “The Repsol Honda Team rider has already shown very favourable improvements with his diplopia after visiting the Hospital Clínic and an examination from Dr. Sánchez Dalmau.

“Marc Marquez visited his ophthalmologist, Dr. Sánchez Dalmau, at the Hospital Clínic in Barcelona yesterday, Monday, where he underwent his second medical check-up after the crash in Warm Up for the Indonesian GP a week ago.

“In this new examination, Dr. Sánchez Dalmau confirmed that Marc Marquez’s diplopia shows a notable improvement and reaffirms that the progression of his vision is very favourable.

“As happened with the last episode of diplopia, Marc Marquez will continue to carry out a conservative treatment regime with regular check-ups.

“The Repsol Honda Team rider will not take part in the next round of the MotoGP World Championship that takes place this weekend in Argentina as he continues his recovery.”

Dr Dalmau is quoted in the announcements as follows: “The second neuro-ophthalmological evaluation carried out on Marc Marquez this past Monday has shown a very favourable evolution in the paralysis of the fourth right nerve affected by the fall that occurred at the Indonesian Grand Prix.

“Recovery is not yet complete, and Marc Marquez must follow the established therapeutic regime with conservative treatment.”

Repsol Honda is obliged to field a replacement rider this weekend at Termas de Rio Hondo, but has not yet named one.

Test rider Stefan Bradl is an obvious candidate, however, having filled in for Marquez for the bulk of 2020 and three of the four rounds which the Spaniard missed last year.

The six-time premier class champion is now up to a third season in a row in which he has missed racing due to injury, having had to sit out the second race of 2022 at Mandalika due to concussion caused by his big crash earlier that day.

Upon return to Spain from Indonesia, he was diagnosed with diplopia (double vision), just as he had been after a motocross training crash in late-October 2021.

He missed the last two races of that season as a result, after also being absent from the first two due to the badly broken arm which he sustained in the opening round of 2020.

The latest injury drama has raised renewed questions about Marquez’s future in the sport.

His famous ability to work the front end of a bike has been diminished, although how much of that is due to a lingering lack of strength and how much is down to Honda’s significant redevelopment of the RC213V is not clear.

Furthermore, the propensity for vision problems seems to be a legacy of a Moto2 crash which he suffered a decade ago, when a piece of gravel damaged his eye.

However, Dr Dalmau’s comments about his progress this time around are not inconsistent with commentary from a former MotoGP doctor.

Claudio Costa, who founded Clinica Mobile, stated in recent days that Marquez’s vision could fix itself anytime now, and probably “in a lot less than three months.”

For the time being, however, the 29-year-old is sidelined again, and will not be on his bike when practice commences at Termas de Rio Honda this Saturday morning (AEDT).