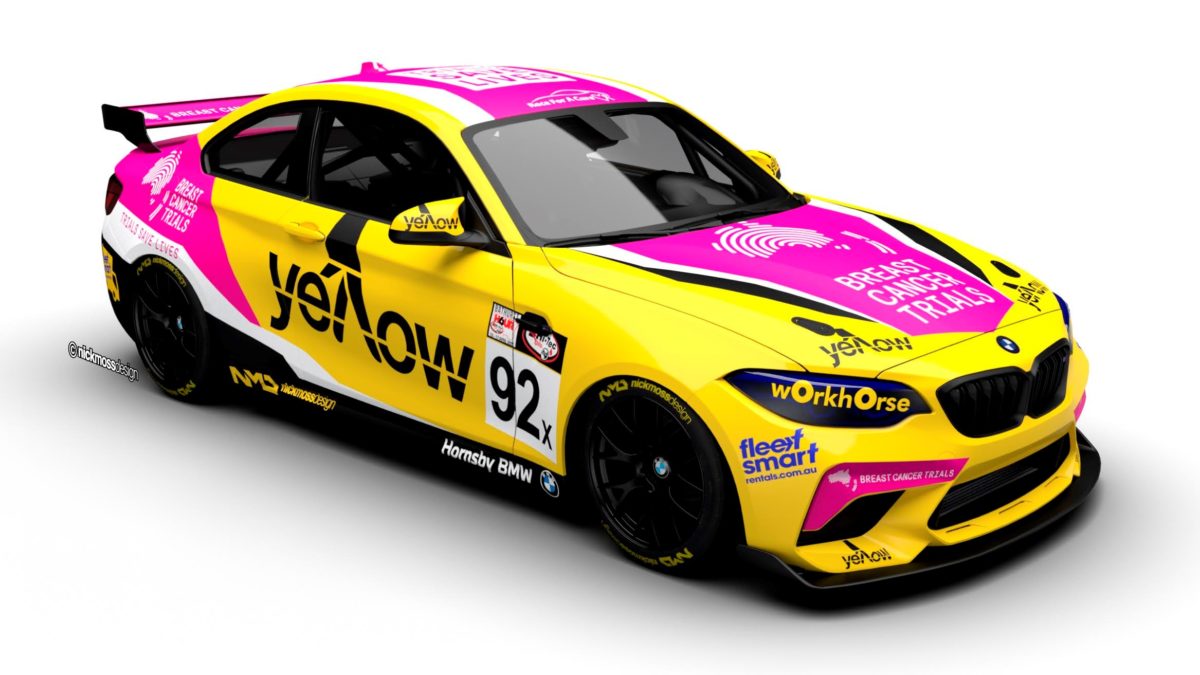 A render of the Kavich/Kavich BMW M2 Competition

The livery for the first of two BMW M2 Competitions entered in next month’s Hi-Tec Oils Bathurst 6 Hour has been revealed.

Garth Walden Racing is fielding one of the two German two-doors which have been entered in the top class of the Mount Panorama production car enduro, for brothers Ben and Michael Kavich.

The squad has now released renders of a predominantly yellow M2 with backing from Yellow Pages, and support for Race for a Cure.

It represents a step up from the Mitsubishi Evo X which they have raced since 2017, and gives them a shot at a strong outright result.

BMWs have won every the Bathurst 6 Hour since it came into being in 2016 and the M2 Competition uses the same engine and drivetrain as the M3s and M4s which have come to dominate in recent years, yet is smaller and lighter than them.

“The Evo has served us adequately, but the reality is it’s a car that is approaching 15 years old and has become outclassed by the newer machinery,” explained Ben Kavich.

“When you look at the results over the last few years, BMWs have been the cars of choice for the outright contenders and we’re very excited to be racing the M2 Competition, built by Garth and his team at GWR, who have a wealth of experience with building production cars for long-distance races.

“The running gear in the M2 is fundamentally the same as the M3s and M4s that have won the race recently, but we’re expecting it to be more nimble over the top of the Mountain.”

Race for a Cure was founded by Ben Kavich’s wife Toula after she was diagnosed with breast cancer in 2016 and has raised more than $115,000 since the 2017 Bathurst 6 Hour.

Ben’s and Michael’s mother and grandmother have also been affected by breast cancer, with their tilt at the Mountain a way of generating funds and awareness.

“Breast cancer prevention is a cause very close to our hearts, so it’s great we’re able to use our passion for motorsport and business activities to make a positive difference,” added Kavich. 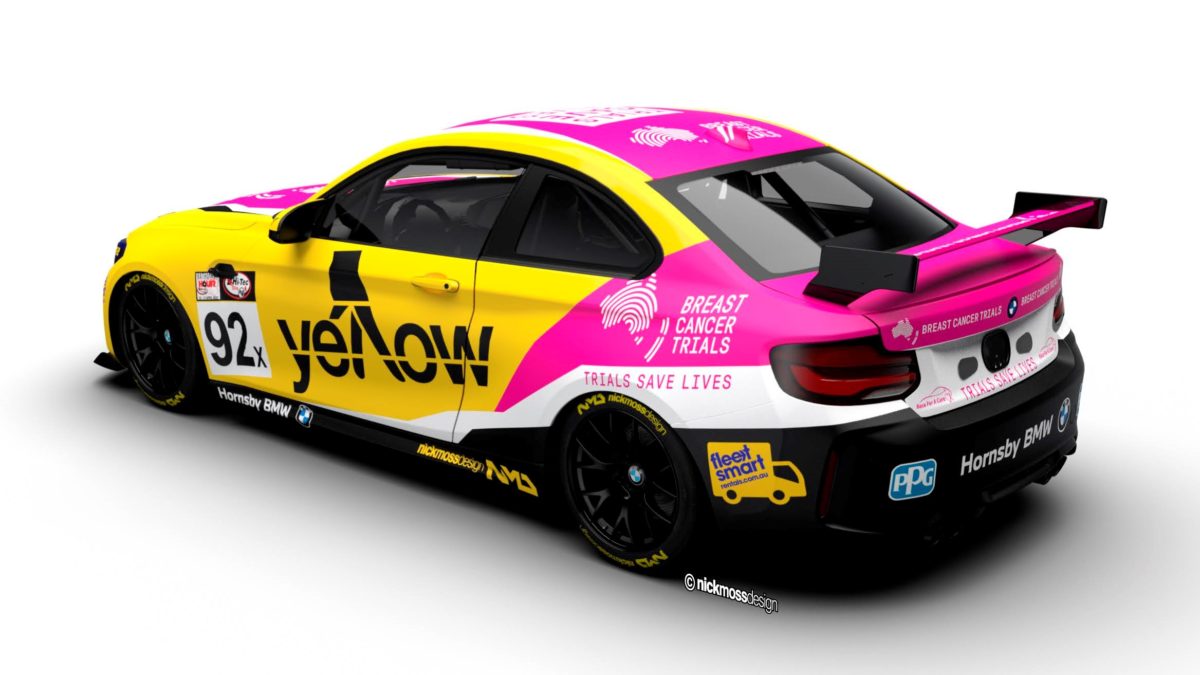 The Yellow Pages backing also has family significance, given the Mazda RX7 and Holden Commodore raced by father Tony Kavich in the Bathurst 1000 during the 1980s also carried such branding.

“Back in the 1980s, the Bathurst 1000 had different classes, and privateer racers like Dad were able to compete in the same race as legends like Peter Brock and Dick Johnson,” noted Kavich.

“The 6 Hour harks back to that era – we go racing for fun, but at the 6 Hour we’ll be competing against some of the best drivers in the country like Shane van Gisbergen and Will Davison.

“It’s an amazing experience to share the track with those sorts of drivers and you learn a lot by racing with them – it helps us improve our driving.”

Walden remarked, “We enjoy working with the Kavichs because of their passion for the sport and the cause they’re supporting.

“In standard trim, the BMW M2 is a well-developed car and it has all the ingredients to be well suited to Mount Panorama: a good power-to-weight ratio for the long straights and nimble handling for the technical sections at the top of the Mountain.”

The 2022 Bathurst 6 Hour takes place at Easter, on April 15-17, with the event to also feature competitions including the Supercheap Auto TCR Australia Series.