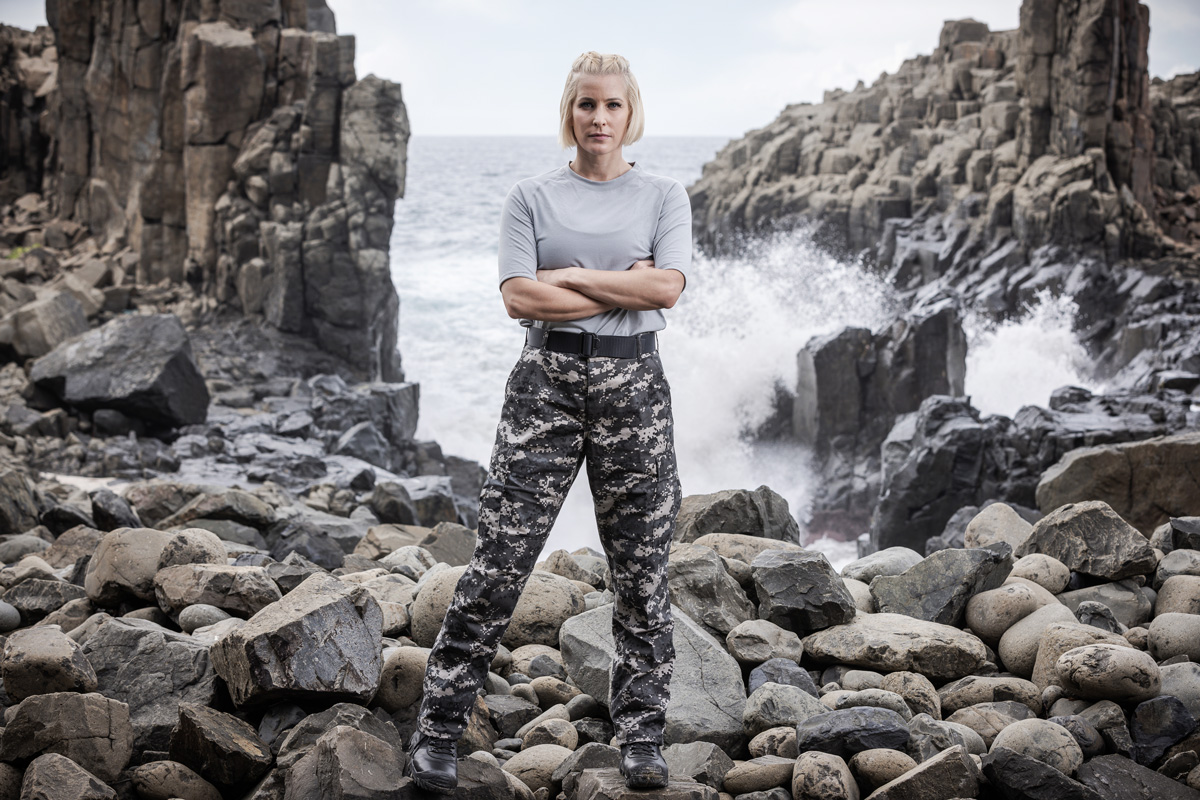 Supercars personality Riana Crehan has hailed passing the SAS Australia course as the proudest moment of her life.

The popular television presenter featured in tonight’s finale on the Seven Network, getting the nod along with retired NRL star Darius Boyd and NRLW ace Millie Boyle after completing one final challenge.

The fourth member of the show to make the final hurdle was not so fortunate, reality TV contestant Locky Gilbert missing the cut.

A self-confessed fitness freak, Crehan celebrated tonight with a function on the Gold Coast surrounded by Supercars drivers including Anton De Pasquale, Nick Percat, Zane Goddard, and husband Will Davison.

“I have done some amazing things in my career and I’ve been part of some incredible experiences and moments in sporting history and stuff like that, but personally, it’s definitely the proudest moment I have had in my life,” the 35-year-old told Speedcafe.com.

“To be little old Riana who not many people know still standing there at the end, I really had to pinch myself that it was happening and it was true.”

Crehan initially had targeted making it through five of the 13 days. Then seven days.

With each passing day, the light at the end of the tunnel drew closer – even if it didn’t feel like it.

“It really did ramp up as the days went on, challenges got harder, days got longer, fatigue is setting in, so everything is just more difficult,” she said.

“Probably the point where I thought that no way I could continue was in last night’s episode when we did the running through the swamp.

“Just physically, my body was shutting down on me and I was pretty close to passing out and I was thinking ‘oh my god, I have still got a whole another 24 hours to go, if not longer. I’m done, my body is at complete depletion’, so it was hard to get through that final part.”

Speaking further to the challenges presented by the show, she added: “I mean, I knew that it was going to be very difficult. I had watched the previous series so I sort of had an understanding of what was going to unfold, but I don’t think anyone can possibly prepare for what we did.

“All of us had probably between four and six weeks of actual preparation to get ourselves ready, but I don’t think there’s any amount of running or weights or anything like that you could do that can really put you in the headspace for what you’re about to have to tackle.

“And I suppose the stuff that is the most difficult is all the little things that you probably don’t think about, like the sheer lack of sleep and broken sleep you’re having every night, the really restricted food that you’re able to have.

“You’re not having those luxuries and those niceties that you’re used to in everyday life: no hot water, only one change of clothes for an entire fortnight, not having access to panadol or nurofen or anything like that.

“We basically lived incredibly bare and that’s probably what makes the course the most difficult thing you will do.

“People sit at home on their coach and look at the challenges and think ‘oh yeah, I could do that’ but people probably don’t quite have the understanding of just how much the other stuff impacts you being able to be successful.”

Having found watching back the episodes to be “an interesting process”, Crehan was relieved to no longer have to keep secrets about the outcome.

“We filmed the show in October last year and what are we now, end of March? So it has been a bit tricky to keep everything under wraps and even with Will, he obviously knows certain things but I didn’t want to tell him too much,” she said.

“I’m really excited to finally have the outcome out there and I can talk openly and I don’t have to watch what I say in case I trip myself up.”