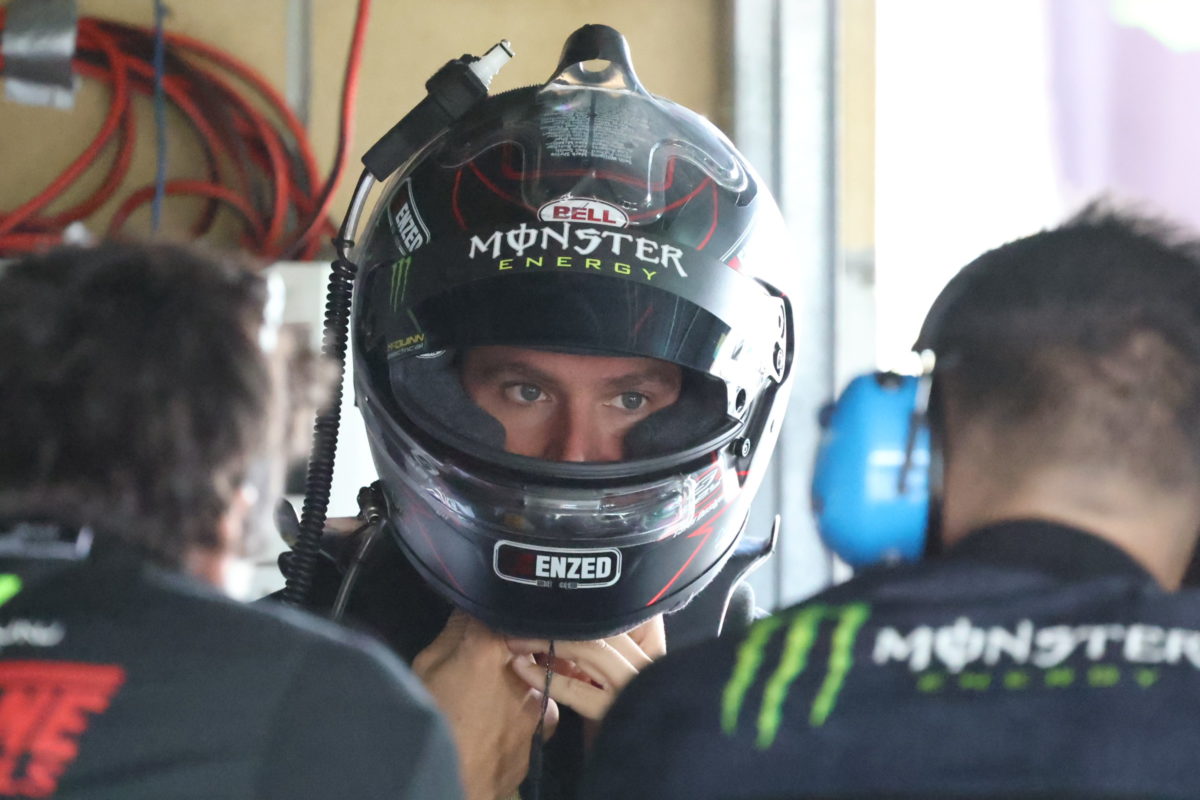 Cameron Waters is unapologetic over his run-in with Tim Slade which saw the latter get airborne at high speed in Race 4 of the Repco Supercars Championship at Symmons Plains.

Slade flew through the infield, then back across the track, after they had bumped multiple times as they ran up the back straight on Lap 19 of the middle race at the Ned Whisky Tasmania SuperSprint.

Waters had been trying to protect an official 10th position, but effectively somewhat higher, when his fellow Ford Mustang driver got a run on him, and was soon assessed a drive-through penalty for his part in the incident.

Slade managed to carry on and finish 14th, three positions up on the other party in the stoush, and did not mince words post-race, labelling it a “bonehead” move and taking a swipe at Tickford Racing’s competitiveness against his ex-Tickford car.

It was only the evening prior that Waters had expressed his approval for “hard racing” after he was on the receiving end of a Shane van Gisbergen bump and side-draft in Race 3.

On the grid ahead of Race 5, he was not backing down regarding his Race 4 incident with Car #3, saying, “it’s just racing, I’d do the exact same thing again,” and largely reiterated that position at the conclusion of the event.

“It was an up and down day for us,” said the five-time Supercars Championship race winner.

“We didn’t qualify that great, and in the first race [of Sunday] I was caught in a lot of battles so I put my elbows up and got a penalty.

“I was working hard to keep Sladey behind me, he bumped me in the hairpin so I wanted to make it tough for him to get by down the straight, I tried to give him just enough room but obviously he dropped a wheel and speared off.

“I was just racing hard, but it is what it is.

“Race two today, we raced forward to sixth, the car was a bit speedier, but overall it wasn’t a great day.

“Not a great weekend but we got through it, and we’ll press on to the Grand Prix.”

Stewards reported that the penalty was imposed on Car #6 “for Reckless Driving following an Incident on Lap 20 when contact occurred between Car 6 and Car 3, Tim Slade, between Turns 5 and 6 as a result of which Car 3 left the track.

“A review of broadcast footage revealed that Car 6 had failed to leave racing room for Car 3 to its left.” 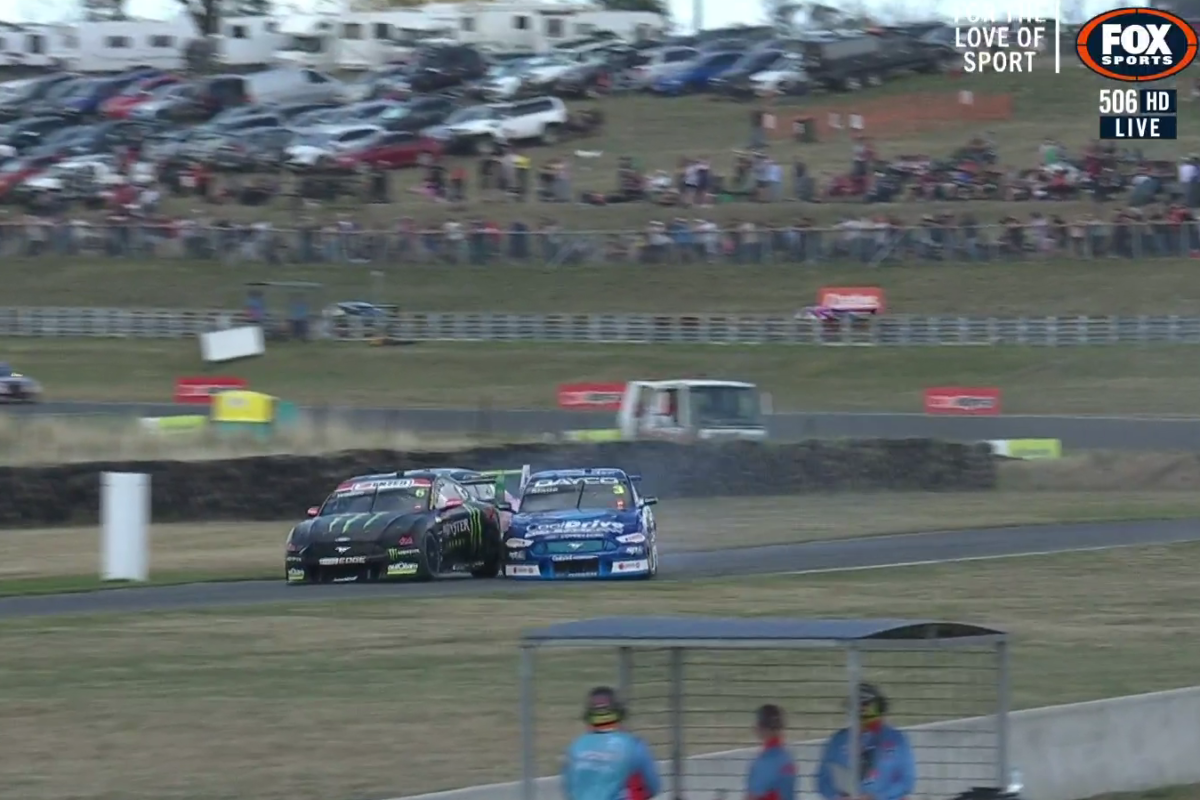 In the #5 Tickford entry, James Courtney was 18th and then 14th in the day’s two qualifying sessions after encountering brake problems, but managed to race through to eighth in Race 4 and ninth in Race 5.

“It was a crazy old day for us,” said Courtney.

“We were able to race through to eighth and ninth in the two races, which is nowhere near where we want to be, but considering the dramas we had in qualifying I think it was a good recovery.

“Considering we didn’t have a great round here last year, I think as a team we did a better job this year with car speed.

“We had a few gremlins across the weekend which we’ll have to iron out, but it’s going to be exciting to go to the Grand Prix again, so I’m interested to get there and see how we go.”

As for Tickford’s other drivers, neither Thomas Randle nor Jake Kostecki finished Race 4 due to separate incidents which they found themselves involved in.

Randle ended up 12th in Race 5 and Kostecki 25th, the latter struggling as a legacy of the damage he picked up earlier in the day.

“It was a pretty tough battle of a day for all of our cars, really,” said team principal Tim Edwards.

“Qualifying didn’t quite go to plan for us, and in the first race Jake and Thomas got taken out and Cam was hit with that penalty, which was all pretty frustrating for the team.

“We did a bit better in the second race with Cam and JC in the [top] 10 and Thomas coming home 12th, but in Jake’s case they only found an issue on the way to the grid that stemmed from his incident in the first race.

“That was a bit of a double whammy because he had qualified pretty well and was looking pretty good.

“We’ll be happy to move on from this one and head back to Melbourne.

“Obviously the next event’s a home event for us which will be nice, and hopefully we can get ourselves into a good rhythm starting at the Grand Prix in a couple weeks.”

Event 3 of the season takes place at the Formula 1 Heineken Australian Grand Prix on April 7-10.