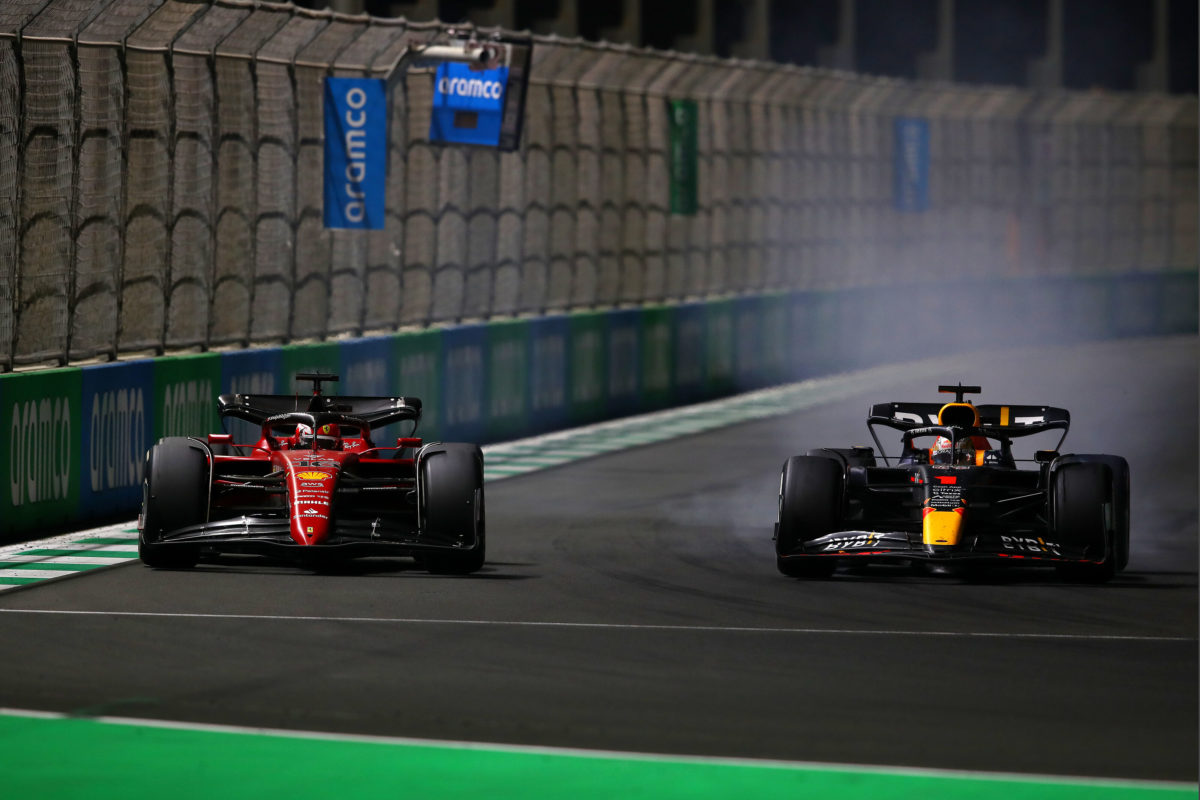 Max Verstappen says he played the long game in his battle with Charles Leclerc for victory in the Formula 1 Saudi Arabian Grand Prix.

The pair found themselves locked together in the closing stages of Sunday’s race as they squabbled for supremacy.

Their fight centred on the DRS detection point prior to the last corner, with Leclerc cannily slowing in an effort to encourage Verstappen through.

Initially, the trick worked and allowed the Ferrari driver to use DRS down the front straight to reclaim the place, a move Verstappen quickly wised up to.

In the end, the Red Bull driver was able to delay his move until after the final corner, making the move stick three laps from the flag, and pull clear enough to see off Leclerc’s attempts at retaliation.

“It was a really tough but a good race,” Verstappen said.

“We were battling hard in the front and we just started to play the long game.

“They were really quick through the corners, we were quick on the straights. The tyres were wearing out quite quickly around here.

“So you could see at the end I think we had a little bit more pace, so I just tried to get by. It wasn’t easy, playing spar tricks in the last corner, but eventually managed to get ahead.

“But then even after that he was constantly in the DRS,” he added.

“Then with the yellow flags in the last lap, just knowing how much you should lift, whether it’s allowed or not, it was tough.

“But really happy that we kickstarted the season.”

Victory in Saudi Arabia moves Verstappen to third in the championship standings with 25 points, a competition headed by Leclerc on 45.

Red Bull meanwhile now trails Mercedes by a single point in the constructors’ championship, though with 37 points the Milton Keynes squad has less than half the tally of its Maranello rivals.

Formula 1 now heads to Albert Park and the Australian Grand Prix on April 8-10.