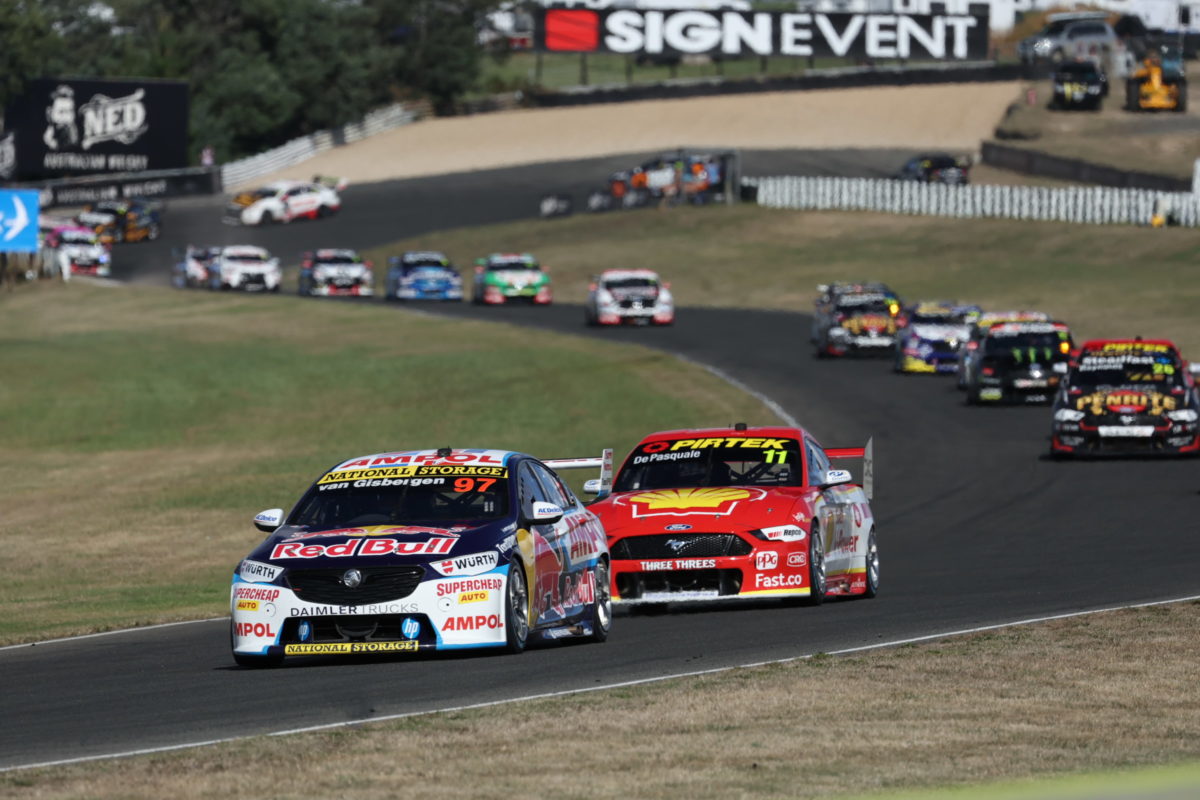 Shane van Gisbergen has refuted suggestions that his performance at Symmons Plains was a reflection of mind games with his rivals, instead putting it down to mere racecraft.

The Red Bull Ampol Racing driver reclaimed the ascendancy in the Repco Supercars Championship standings race with victories in all three encounters which made up the Ned Whisky Tasmania SuperSprint, twice picking up the fastest lap bonus points also.

However, he hardly disappeared into the distance in any of those 44-lap encounters, only one of which he started from the front row.

Van Gisbergen qualified fifth for Race 3 of the season, the first of the weekend, but scythed his way to the lead before the front-runners had started to take their compulsory pit stops thanks to a string of bold moves.

While his ability to make moves by hanging on the outside of the undulating Turn 1 was impressive, it was two overtakes down the back straight in which he showed obvious ingenuity.

In passing Will Davison for second and Cameron Waters for first, he set himself up for the side-draft on each occasion with a bump which unsettled his Ford adversary as they exited the Hairpin.

Fellow two-time Supercars champion Marcos Ambrose, in his role as television pundit at Symmons Plains, declared after that race that van Gisbergen was “breaking new ground” with his overtaking.

Ambrose would comment at the conclusion of the event that #97 must have a “mental advantage” over the rest, an opinion he is far from alone in expressing, but the man himself was not so sure.

“These guys are really good to race against,” he added in reference to Davison and Shell V-Power Racing team-mate Anton De Pasquale.

“There are some smokies who keep appearing up on the grid, and you just have to be mindful and learn them, but nowadays [with] everyone up the front’s really good racing.

“It’s the way that corner is; you miss the apex and leave two car widths, but that’s the race line, and you all choose to leave the hole, and I chose to fill it today.

“Then straight away in [the next] race, everyone’s taking the inside and changed their lines. 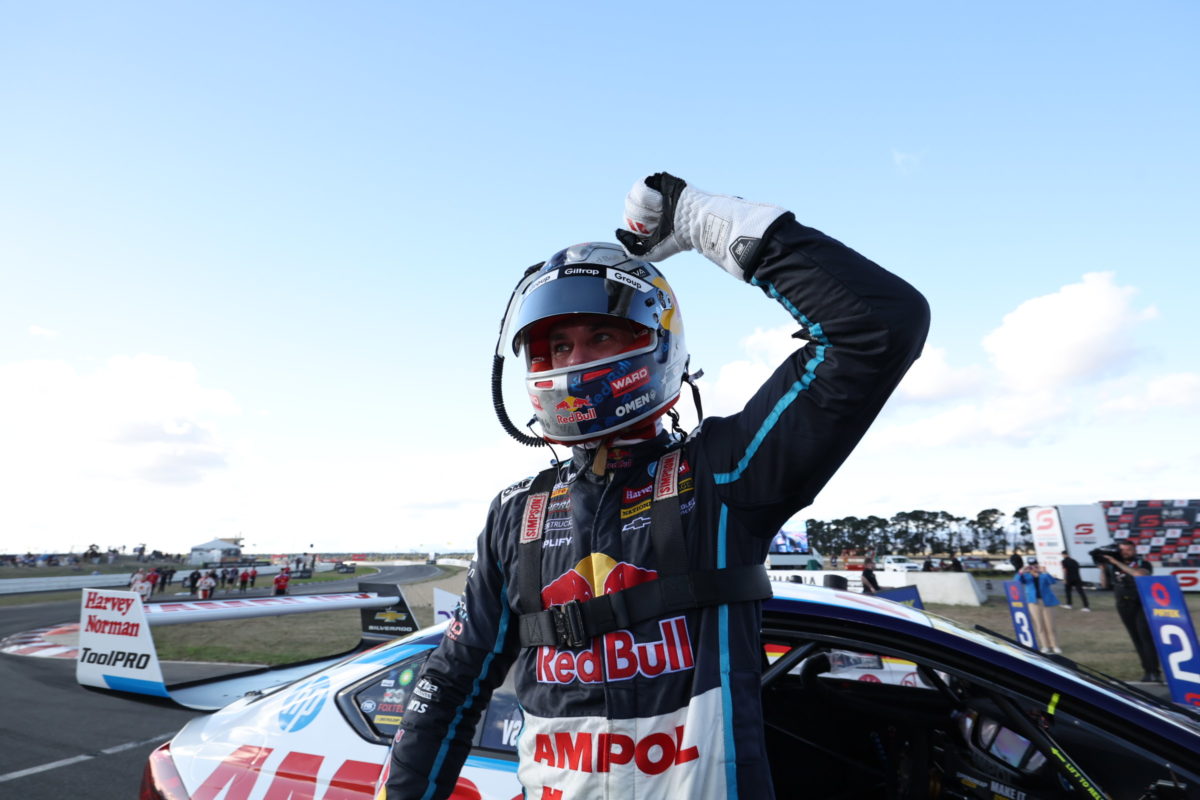 Van Gisbergen decisively passed Davison for the lead early in Race 5, but had to revert to a different trick to do so.

He had tried to set up for another side-draft, albeit without a bump, but the Dick Johnson Racing pilot seemed wise to that and managed to avoid the path of the air which the Triple Eight man was trying to feed him.

Having failed there, van Gisbergen decided to throw the dummy at the other end of the back straight, easing right at Turn 6, waiting for Davison to open up the corner, and then diving down the inside.

There was contact on the right-rear corner of #97 as Davison tried to tuck back in on exit, but van Gisbergen had the position he wanted and, save for the pit stop cycle, would not be headed again.

“We’re all just going hard and you see everyone learning every race and trying different stuff,” added the race winner.

“You know, that pass on Will, he tried to block but I don’t know I just… gave him no option, really.

Making matters worse for Davison, his inability to immediately get back into file saw Todd Hazelwood attempt a move at Turn 7.

That caused much more significant contact and Car #17 ultimately dropped from first to fifth in a matter of corners before eventually reaching the chequered flag in second position.

“I was under the pump, [van Gisbergen] had me on the defence, and he pulled off a really good smokie, which was fine,” recounted Davison just after the race.

“I was about to go the switchback but he really propped it mid-corner and we sort of interlocked.

“Then I got sort of hung out when Hazelwood came through and then he just shoved it up and we interlocked wheels and nearly had a big accident.

“So, I was on the back foot then, there was steam coming out of the ears, and I went as hard as I could to get back to second.”

With four wins from five races so far in 2022, van Gisbergen now leads the championship by 67 points, ahead of the Formula 1 Heineken Australian Grand Prix event on April 7-10.