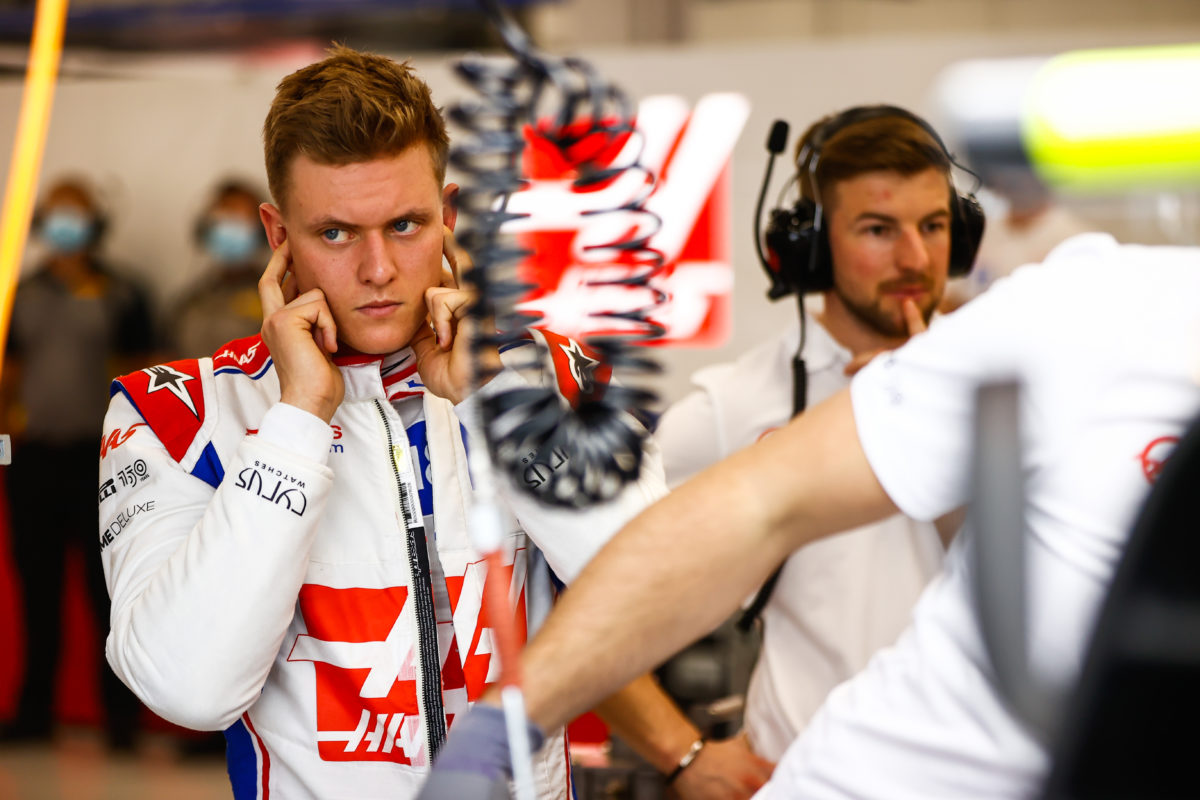 Mick Schumacher has explained the moments which led to his terrifying high-speed crash during qualifying for the Formula 1 Saudi Arabian Grand Prix.

The German did not start Sunday’s race after his hefty Qualifying 2 crash, the team not wanting to rush the car back on track and potentially jeopardise itself at the Australian Grand Prix in two weeks’ time.

Schumacher hit the wall at Turn 11, having run wide at the preceding corner and mounted the kerb, which then fired him across the road.

“Seems like we had a small slide going through Turn 9, which then upset obviously the temperatures in the tyre, but also positioning,” he explained.

“Then coming towards the kerb, it basically was just that I think 20-30cm wider than I wanted to be, and that meant that the rear tyre jumped over the kerb.

“At that time, the car bottoms out, because these days the cars are so low, that the moment we touch a kerb, which is as high as it is here, we lose contact to the ground.

“That means there’s nothing holding us back from spinning,” he added.

“I saw a few other guys and other teams had the same or similar issue, except for them, they were able to catch it. In that case, I wasn’t.”

Schumacher wasn’t the corner’s only victim over the weekend, with Formula 2 driver Cem Bolukbasi having a similar incident on Friday.

“I think that there’s still some stuff we need to revise, particularly in that corner,” the Haas driver noted of the Jeddah circuit.

“The way the kerb comes back to the track, you know, caught a few drivers out, not only in F1 but also in other categories.

“It’s something that we as Formula 1, I think we’ll have to have a look at it.

In the impact, Schumacher’s car completely switched off, preventing him from relaying his condition back to the pits.

The 23-year-old remained conscious throughout, and spoke with medical teams as they arrived on the scene before being transferred into an ambulance and taken to the circuit’s medical centre.

From there, he was airlifted to a nearby hospital for precautionary scans where he was cleared of injury and spent the night back in his hotel.

“This just shows the safety of these cars these days, to be able to walk away from this, I think 20 years back from here, people wouldn’t have been able to do that,” Schumacher said.

“It’s interesting because most of the time when you have an accident, or when something is going wrong, time changes a bit, like it feels a bit slower,” he added.

“I saw the wall coming towards me, I knew I could prepare for impact and stuff.”

The team’s decision to withdraw Schumacher from the race was made in an effort to ensure the car’s participation in two weekends’ time.

“I feel ready,” he said of his own physical readiness to race.

“The reasons for not driving are car preservation and just parts, so that we are sure that we are able to race in Melbourne.

“If something happened in [Sunday’s] race, well that might not be the case,” he added.