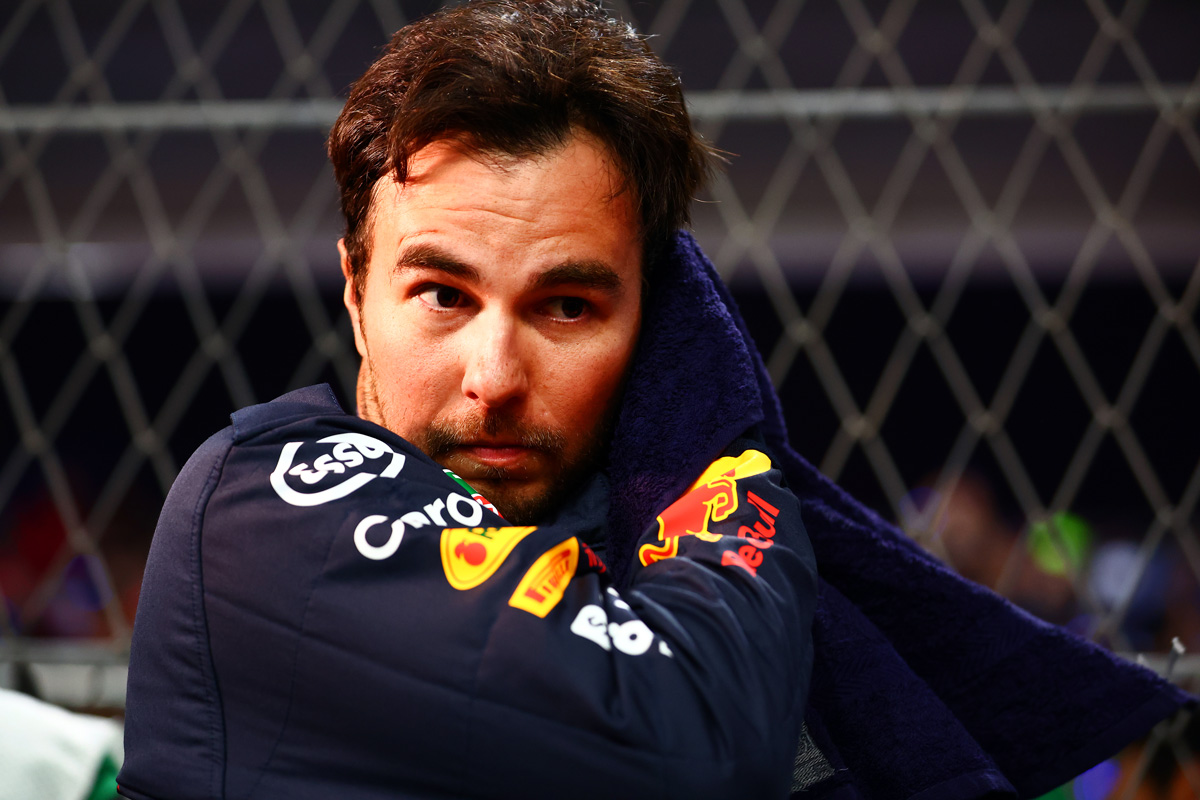 Sergio Perez has been left to lament a missed opportunity after his superb weekend at the Saudi Arabian Grand Prix was brought unstuck by a Nicholas Latifi crash.

Perez was the Saturday star, producing a mega lap to topple Ferrari’s Charles Leclerc in qualifying.

Starting from pole position for the first time in his Formula 1 career, the Red Bull driver got off the line well and proceeded to control the first phase of the race at Jeddah.

However, his team was all but forced to call the #11 into the pits at the end of Lap 15 to cover off the threat posed by a Ferrari/Leclerc undercut.

Seeing his rival dive into the lane, Leclerc stayed out – and less than a lap later, Latifi had found the wall.

That triggered a Safety Car period, which gave Leclerc, Max Verstappen and Carlos Sainz a free kick in leapfrogging Perez (Sainz only doing so once the latter ceded position following the restart after it was found the Spaniard had initially won the race to the Safety Car line).

Perez would never again run in the podium positions, finishing fourth at the flag as team-mate Verstappen took a thrilling victory.

“It was just a big shame. You know, we had a good start… basically after the first thing, everything felt under control,” said Perez.

“We had a good first long stint, and then come, yeah, later on, we had the issue with the Safety Car, which really ruined our race weekend.

“There was nothing else I could really do.”

It was nevertheless a landmark weekend for the 32-year-old as he became the first Mexican pole-sitter in Formula 1 history, and grabbed the record from Mark Webber for most grands prix before earning a pole. The Saudi GP marked Perez’s 215th start.

“Yesterday putting it on pole, today having the race pace in place, and obviously Max’s win is a great boost for the team,” said Perez.

“You know, we got the pole yesterday, we’ve got the win today, so although I’m very frustrated today, I take the positive as a team, we did a fantastic job and I’m very pleased for everyone.”

Red Bull Racing is now one point off second-placed Mercedes in the constructors’ championship despite having left the Bahrain season-opener pointless.