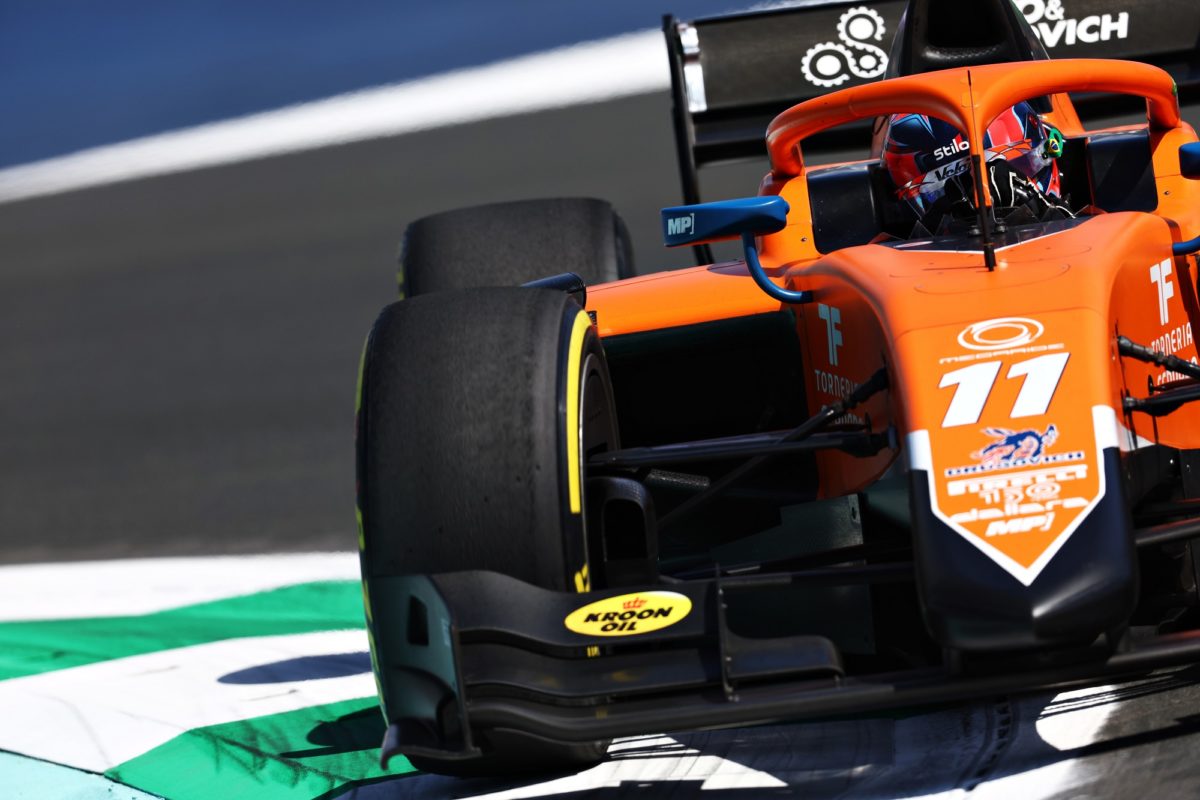 Felipe Drugovich won the fourth Formula 2 race of his career with a strong performance in the Feature encounter in Saudi Arabia.

Strong laps at a key moment in the race ensured him victory, heading Richard Verschoor in second and an impressive Jehan Daruvala in third.

Having started at the back, Jack Doohan climbed to ninth place, taking the bonus points for fastest lap in the process in what was a weekend of damage limitation for the Aussie.

A clean start left Drugovich leading from Verschoor and Liam Lawson, while Calan Williams slipped to 11th and Doohan climbed three places to 17th at the end of the opening lap.

Both Australians made progress soon after, Williams rebounding to 10th and Doohan 16th after two laps.

Running eighth, Dennis Hauger was the leading runner on the medium compound tyres, holding a watching brief in the opening laps until those ahead began to struggle for grip.

The crossover came towards the end of Lap 7 as Hauger moved beyond Ralph Boschong to take seventh.

Daruvala was the first into the pits, swapping his soft tyres for the yellow-walled mediums.

Theo Pourcharie’s disastrous weekend continued as he was forced out with an apparent gearbox issue, the championship leader heading into the weekend leaving it without scored a point.

Lawson pitted from third at the same time, as did Ayumu Iwasa as Hauger took over the race lead.

Verschoor exited the lane behind Drugovich, while Lawson’s race came to an end as he pulled up his car at the end of pit lane with a loose wheel.

Williams pitted from sixth next time around, rejoining in 14th.

The pit sequence saw Doohan rise to third on the road but, like those ahead of him, was yet to stop.

Battling with Clement Novalak for second, Doohan was forced off the road at Turn 1, completing the pass on his rival before handing the sport back on Lap 16.

At the next time of asking, the Virtuosi driver made the move stick, going the long way around to take second place on the road.

The third-placed runner stopped after 17 laps to switch onto the soft compound tyres, filtering out in 15th behind a gaggle of cars.

It left just the leading three, Hauger, Doohan, and Logan Sargeant, plus Oli Caldwell in sixth, as the only drivers to have stopped as the field completed Lap 20.

Sargeant blinked with five laps remaining, emerging from the lane in 14th. The race leader followed next time around to fall to seventh.

Doohan finally took to the pits at the end of Lap 23, the Australian tumbling down the order to ninth.

His stop completed the pit cycle, Drugovich reclaimed the race lead from Verschoor and Daruvala in third.

With a comfortable margin, he duly delivered victory at the end of 27 laps, while Doohan claimed the fastest lap and the bonus points that come with it.

Verschoor was second while Daruvala charged onto the podium after qualifying 14th.

Hauger was sixth at the flag while Williams finished just outside of the points in 13th.

Drugovich now leads the Formula 2 championship with 45 points after the opening two weekends of the season.

The competition returns in support of the Formula 1 Emilia Romagna Grand Prix in Imola next month.