ANALYSIS: Five observations from the Supercars season so far

ANALYSIS: Five observations from the Supercars season so far 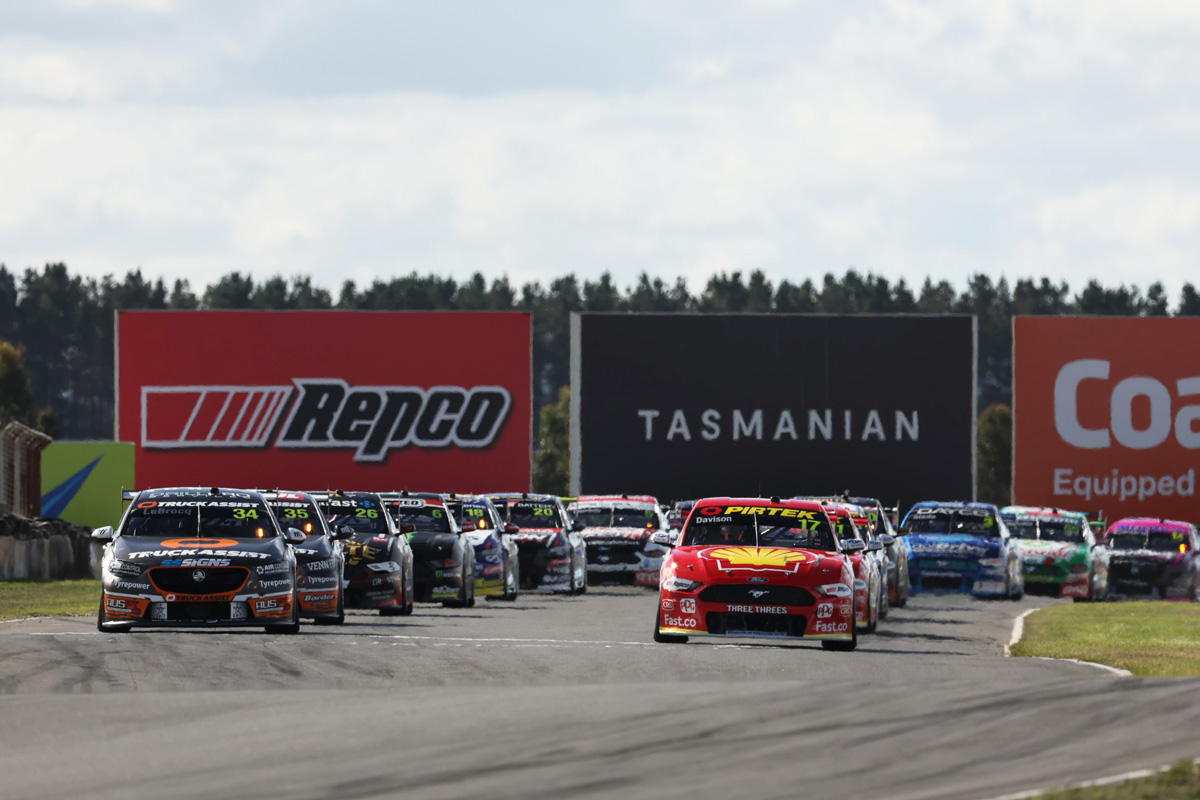 The grid for Race 5 of the 2022 Repco Supercars Championship. Picture: Mark Horsburgh

The Tasmania SuperSprint offered a rare opportunity for this writer – a chance to sit back and take it all in as a fan. With it came the ability to soak up everything that went on without the hustle and bustle of working a Supercars race weekend.

What unfolded at Symmons Plains was an action-packed trio of qualifying sessions and sprint races, even if a quick glance at the winner on all three occasions might suggest otherwise.

There are no bad teams anymore

Often there is at least one backmarker team all but making up the numbers.

For a time it was Lucas Dumbrell Motorsport; it was Matt Stone Racing in its infancy in the main game; and the last couple of years Team Sydney out and out was just a bad team.

One of the beauties of the 2022 championship is that every team has already proven themselves capable of being a threat.

A lot more effort appears to be going into PremiAir Racing than its predecessor (Team Sydney) and they are already bringing a likeable underdog presence to the grid, complete with big-brand liveries.

It was a tough time in Tasmania for Garry Jacobson, but Chris Pither ran consistently in the genuine midfield – not bad for a team that is still less than three months old, even if Symmons Plains is notorious as a happy hunting ground for Triple Eight and its customer teams. 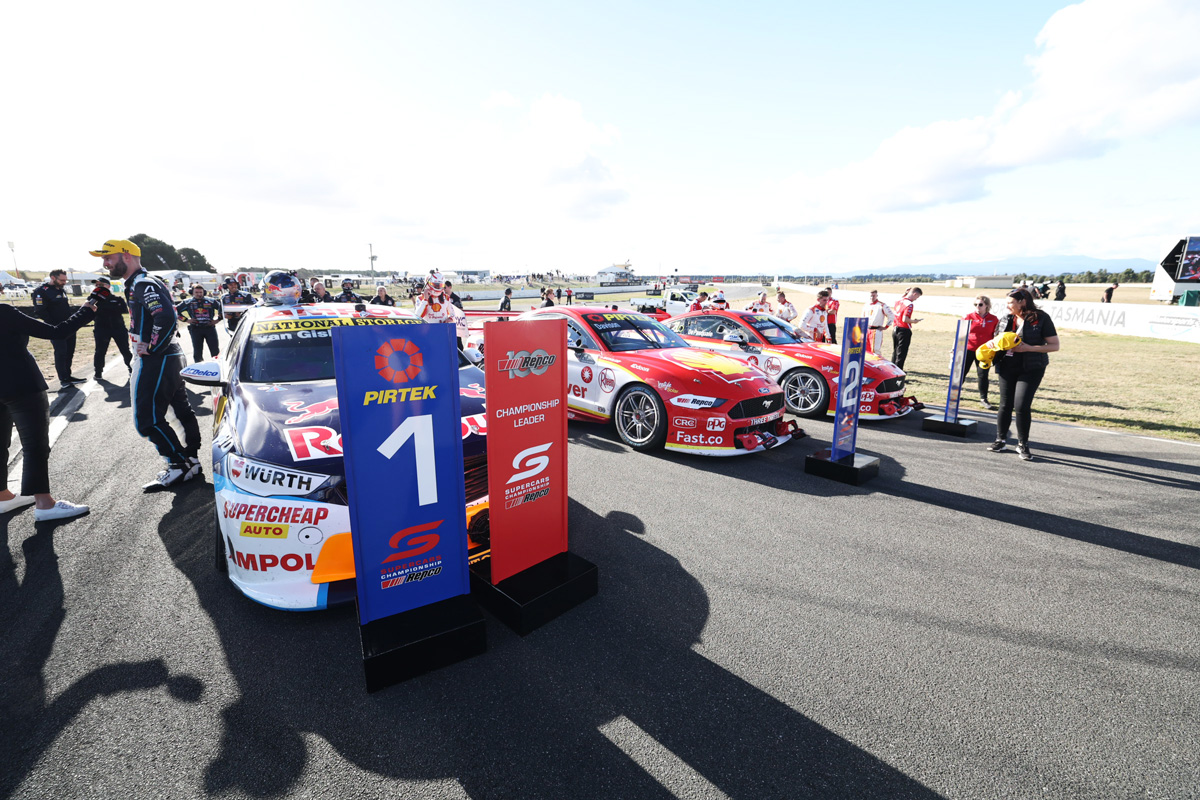 For all the well-founded excitement around gains made by Walkinshaw Andretti United, Red Bull Ampol Racing and the Shell V-Power Racing Team remain the championship’s benchmarks.

Why? Because they simply don’t have bad events.

Tickford has always been capable on its day and at the right track, but is probably too prone to periods where it lacks competitiveness.

WAU did a splendid job at SMP but came crashing back to earth on the Apple Isle. Similar story for Erebus Motorsport. Grove Racing is looking fast but have at times struggled for a clean run.

In five races this year between Triple Eight and DJR’s drivers, they’ve collected four wins, 10 podiums and only two finishes outside the top 10 – an 11th for Feeney at SMP, and 16th for Davison in the middle Tassie race due to a slow pit stop.

The chasing pack needs to keep hitting new heights if they want to dethrone ‘the big two’.

Similarly, the onus is on any driver not named Shane van Gisbergen, Cameron Waters or Brodie Kostecki to get a bit more plucky.

Van Gisbergen doesn’t quite have the incredible qualifying pace of a Scott McLaughlin but is an absolute master at picking his way through the field.

Waters has been about the only driver to stand up to him in recent memory (although his Race 4 defence against Tim Slade did go one step too far).

As for others, yes, van Gisbergen has an excellent car under him, but surely more can be done to make life tough for him on-track at times?

Reynolds is back; Grove means business 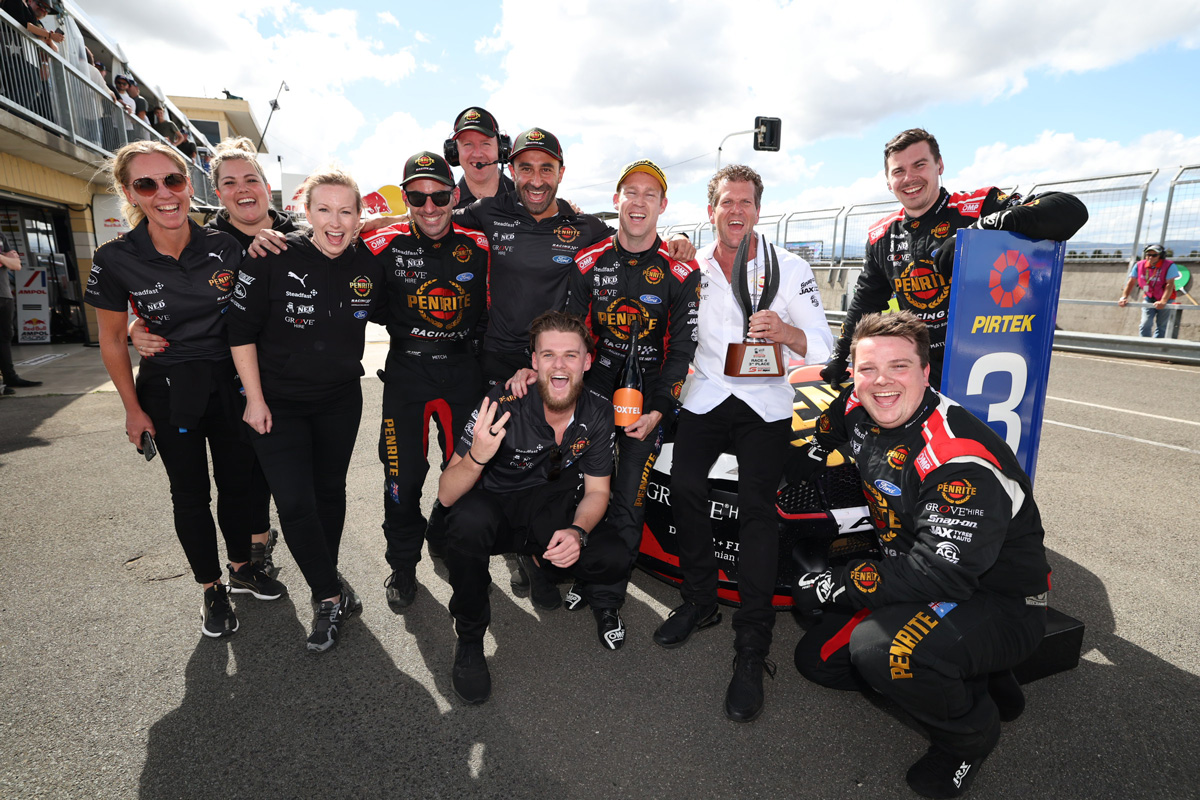 Grove Racing is genuinely making a case to be the second-best Ford team in 2022.

David Reynolds easily could have been top 10 in all five races this year if not for a mechanical failure in Sydney and being turned around by Mark Winterbottom at Symmons, and would likely be inside the championship’s top five in that scenario.

At two very different circuits, and in all sorts of conditions, the pace has been there – and the smile has been on Reynolds’ face.

Lee Holdsworth is owed a grace period of a few rounds to get up to speed, but he too is threatening to be a regular presence in the top 10.

The early signs are that Grove Racing’s investment in its cars and its people (team principal David Cauchi, for example) is paying off.

Percat will be worth the investment by WAU

There’s no hiding from the fact it’s been a tough start to life back at Clayton for Nick Percat.

Not a lot has gone right so far. But for all that has gone wrong, Percat is still ahead of 11 drivers in the championship – and he could fast find himself in the top six or seven with a couple of better events.

Percat continues to look capable of matching Chaz Mostert; now he just needs a clean run, a slice of luck, and general calmness/patience/belief that the #2 will make for a proper two-pronged attack alongside the #25 soon enough.

Gee, isn’t Broc Feeney settling in well? How he’s handled the pressure of replacing Jamie Whincup has been nothing short of impressive.