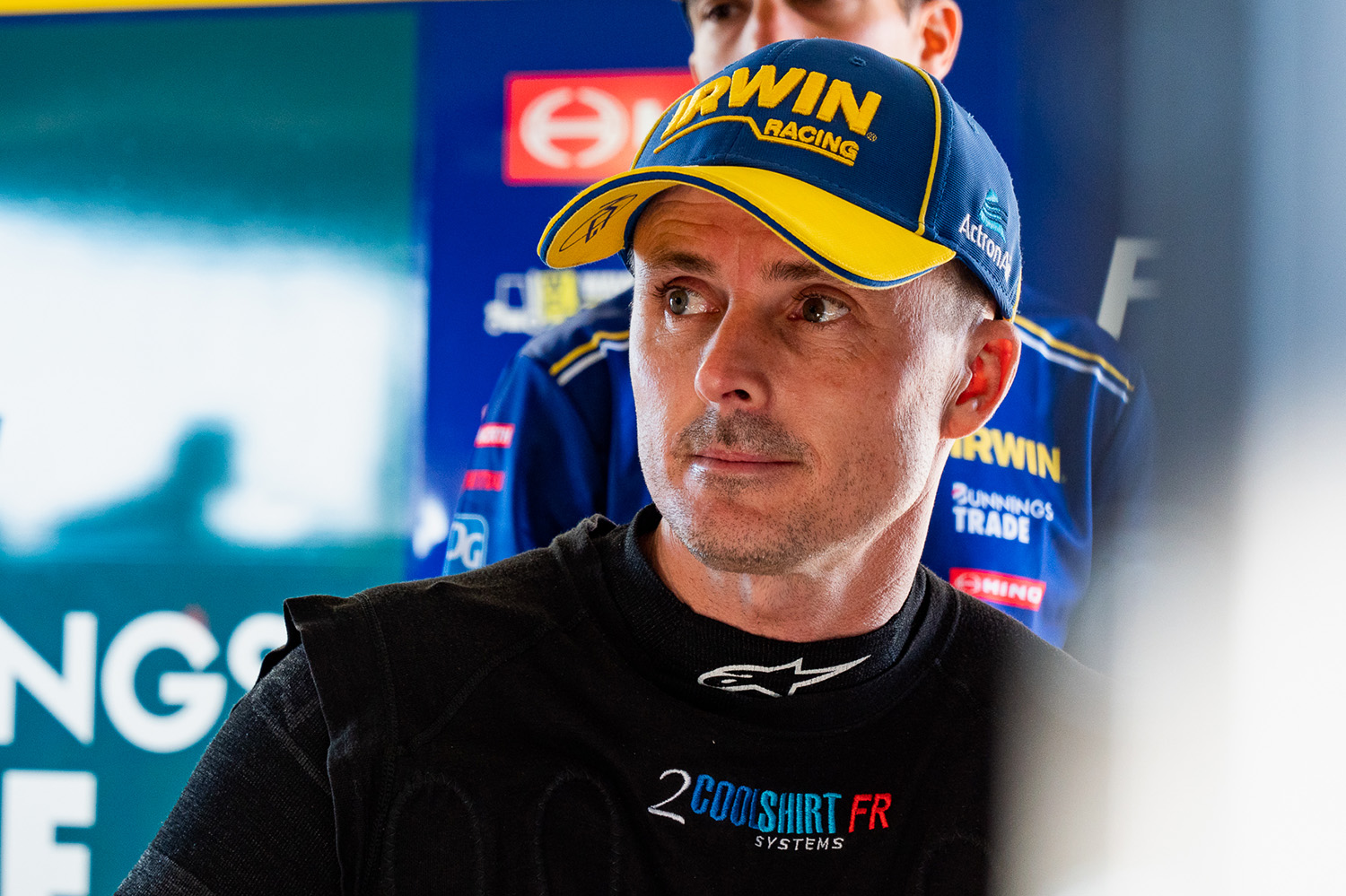 Mark Winterbottom was left to rue a costly collision with David Reynolds that left the #18 Irwin Racing entry battered, bruised, and down the order by the end of Race 3.

While the #20 Seiko Racing entry of Scott Pye netted a seventh place finish, team-mate Winterbottom wound up 18th after the incident with Reynolds out of the Turn 4 hairpin on Lap 37 of 44.

The 2015 champion was pushing in the closing stages to pass the #26 Penrite Racing car, which was on older tyres.

An awkward coming-together resulted in Reynolds spinning before Winterbottom copped a hit from Chaz Mostert that spun the instigator.

Mostert washed up worst of all, suffering significant damage to his front splitter and right front quarter panel that dropped him down three laps by the race’s end while the other protagonists carried on.

For the incident, Winterbottom would receive a 15-second penalty.

“It’s hard to pass, and I tried to get a run and just misjudged it a little bit because I thought he [Reynolds] was running up, but he was a bit straighter than what I thought it was,” Winterbottom explained, speaking with Speedcafe.com.

“I thought we could go side-by-side a bit there. I went and saw him, just owned it, and move on I guess.

“We had really good pace. Probably would have been one of the quickest cars at the end there. I had a couple of goes at him, he blocked a few times. That was my chance there to have a run.

“Chaz was hustling as well and then obviously he got caught up in it. You put your hand up, got a penalty, and cop it.”

Winterbottom said he was quick to go speak with Reynolds and apologise for the incident.

Coincidentally, Team 18 and Grove Racing are stationed next door to each other, making for a quick visit post-race.

“I went and saw him, but it doesn’t mean much,” Winterbottom lamented.

“He’s probably one of the only guys I get along with really well. There’s a lot that I don’t care about and probably wouldn’t go to, but Dave’s a mate and the wives are having dinner on Tuesday night together.

“It’s a shit time, to be honest. I have a lot of respect for Dave and I like Dave. I went and saw him. He was okay, but deep down you know him you expect him to be pissed off with you. You say sorry, it doesn’t help, but deep down it’s not intentional.”

Having been quick in practice and seen what his team-mate could do, the Supercars veteran had reason to be optimistic.

“We’ll have two cracks [on Sunday] and go again.”