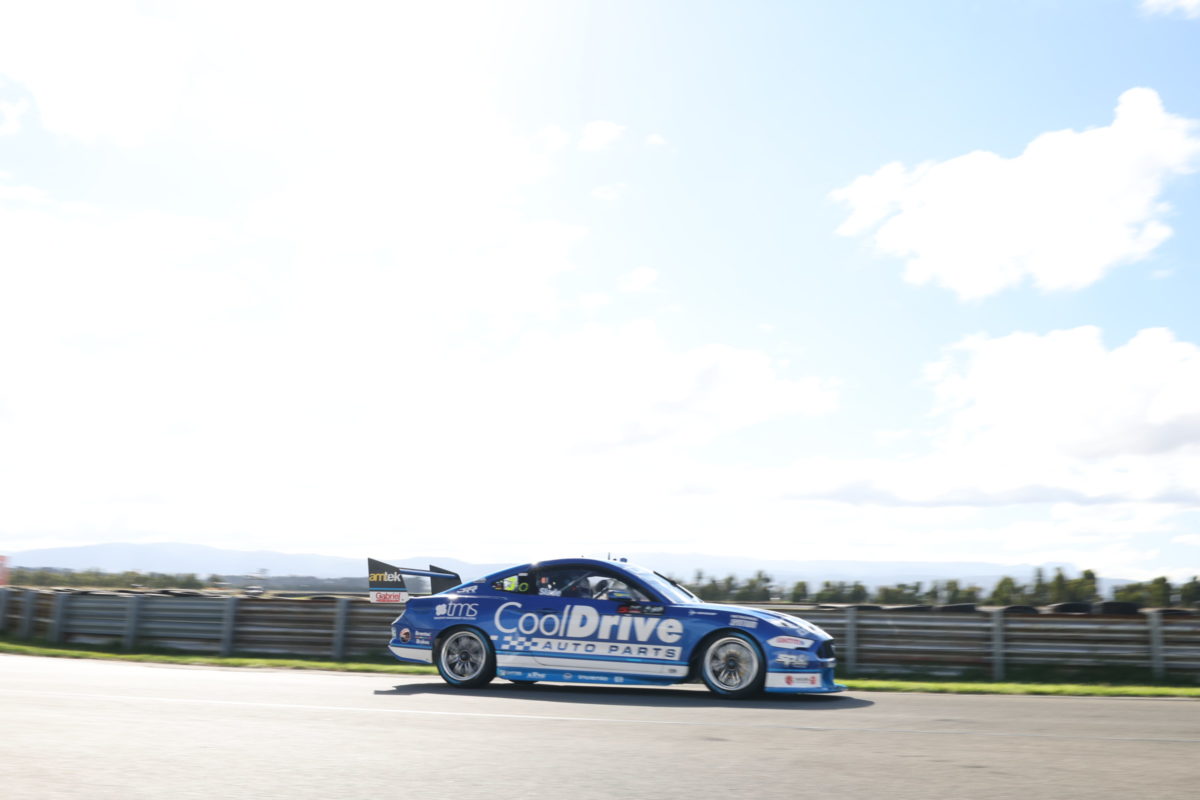 Tim Slade has been given a three-position grid penalty and lost his fastest lap for the clash with Shane van Gisbergen in Qualifying for Race 5 at Symmons Plains.

As a result, Slade will start from 13th later this afternoon, instead of ninth, while the Repco Supercars Championship leader will stay third on the grid for the final race of the Ned Whisky Tasmania SuperSprint.

The two had made heavy contact at the end of the back straight when van Gisbergen, who was on a hot lap, attempted to go down the inside of the latter at Turn 6.

The hit put Slade’s #3 CoolDrive Mustang off the track, while the Red Bull Ampol Racing driver had the tyre pulled loose from the right-rear rim of his #97 ZB Commodore.

Making matters worse for van Gisbergen, who had just set the pace the preceding qualifying session, he was fastest to the second sector at the time yet missed out on a chance to secure back-to-back pole positions for the Sunday races at Symmons Plains

The 2021 champion claimed that he initially thought Slade was stepping aside to leave room for him to blaze past down the kinked back ‘straight’, and stewards saw the incident his way.

The stewards report advises: “Following the Session, and after admissions by the Drivers concerned, the Stewards imposed the following Penalties:

“A 3 Grid Spot Penalty for Car 3, Tim Slade, in Race 5 for impeding Car 97, Shane van Gisbergen, at Turn 6 as a result of which contact occurred and both Cars sustained damage and the Session was Red Flagged.

“A review of broadcast footage revealed that Car 3 had aborted its flying Lap at Turn 4 but failed to get out of the path of Car 97 at the entry to Turn 6 when Car 97 was on a flying Lap.

Stewards Summary after Qualifying for Race 5:

“Stewards have imposed a three place grid penalty on Tim Slade (Car 3) for the incident at the end of qualifying for Race 5, he will also lose his fastest lap for causing the red flag”
1/2#RepcoSC

Officially, Slade is now 10th-fastest in Qualifying for Race 5 due to his fastest lap being invalidated, with the grid penalty dropping him back further.

Coincidentally, it means those two will swap sides on Row 10.

On that matter, stewards explained, “A review of judicial camera footage from Car 8 revealed that Car 25 was not on a flying Lap on the approach to Turn 4 and impeded Car 8 on its flying Lap.”

Race 4 starts shortly, and Race 5, when the penalties will be applied, at 15:55 local time/AEDT.