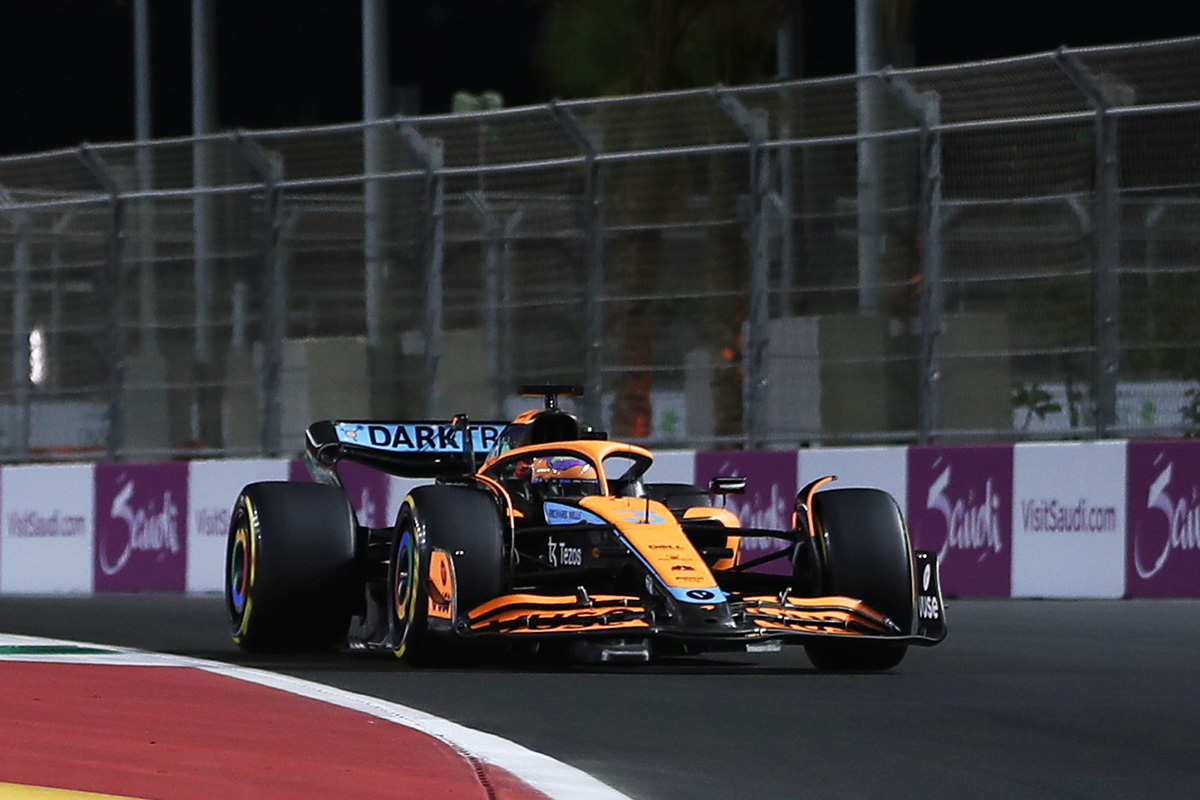 Daniel Ricciardo has been slapped with a penalty for impeding Esteban Ocon during qualifying for the Formula 1 Saudi Arabian Grand Prix.

Ricciardo will drop three places from his qualifying position and has received a penalty point on his licence as a result of the incident.

Meanwhile the team has been fined EUR 10,000 for its role in the moment which saw the Alpine driver’s path impeded.

According to the stewards’ report, Ricciardo was unaware that Ocon was approaching at speed.

“The driver admitted that he did not know that Car 31 was coming on a fast lap as he was not told of that by his team,” the report noted.

“The driver of Car 31 stated that his lap had to be aborted as a result of him being unnecessarily impeded by Car 3. Having said that, he stated that his overall performance during the session was not adversely impacted by the aborted lap.

“It was also clear that the team failed in its duty to keep the driver of Car 3 properly informed of approaching cars. This is particularly so given the tight nature of this circuit.

“In the circumstances, we impose a penalty of a drop of 3 grip positions to the driver of Car 3 and a fine of Euro 10,000 to the team.”

Ricciardo qualified 12th, meaning with the addition of the penalty (and the revised way in which those are applied for 2022), the McLaren driver will line up 15th for tomorrow’s race.

The penalty point is the first Ricciardo has accrued on his licence during the last 12 months. Drivers are allowed to accumulate 12 points before being forced to sit out an event.

The Saudi Arabian Grand Prix gets underway at 04:00 AEDT on Monday morning.