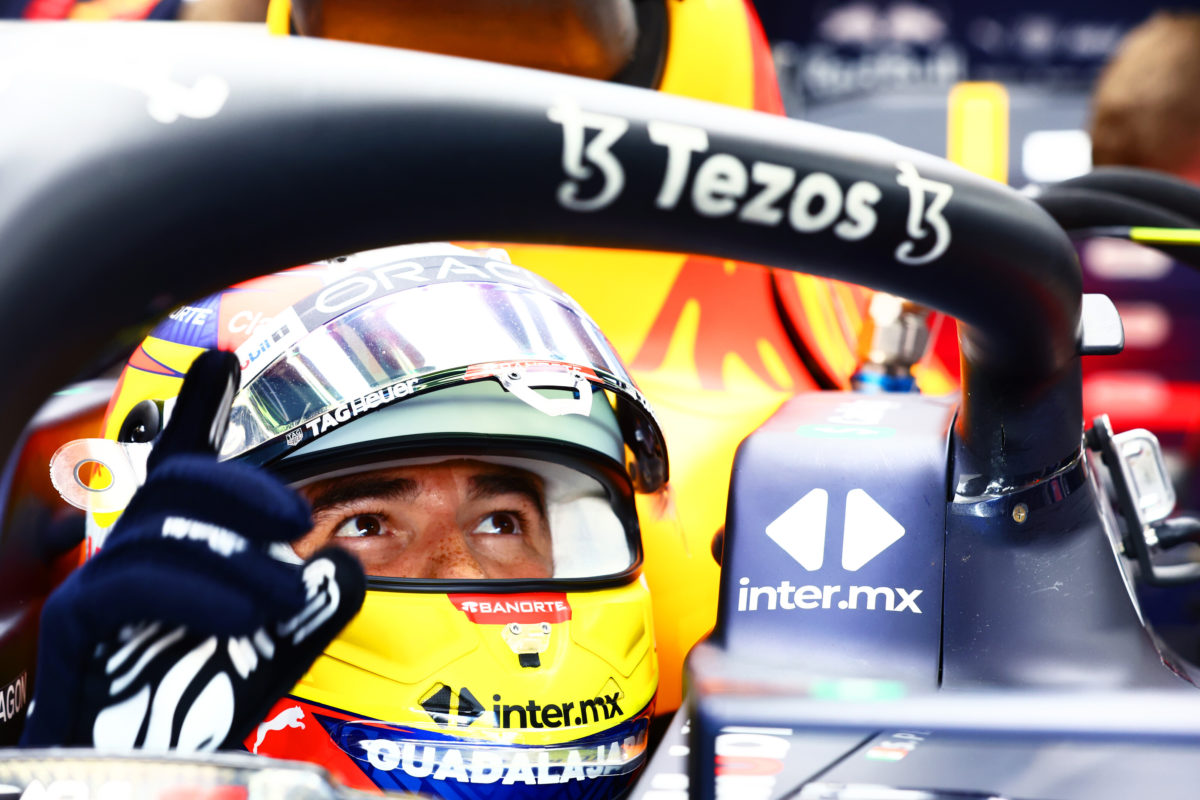 Sergio Perez ‘s performance in qualifying for the Saudi Arabia saw him shatter Mark Webber’s record for most races before a Formula 1 pole position.

Sunday’s race will mark the 215th start of Perez’s F1 career, and the first time he has started on first on the grid.

It’s a record previously held by Webber, who started the 2009 German Grand Prix first in what was his 130th start.

“I can do another 1000 laps, and I don’t think I can improve this lap time,” the Mexican said of his pole lap.

It was also a time more than two tenths faster than Red Bull team-mate Max Verstappen in fourth.

Importantly for the team, the performance that comes off the back of a double retirement for the team last week in Bahrain.

“I have to say, well done to the whole team,” Perez said.

“It’s been a tough weekend in Bahrain, where we were so disappointed to miss both cars, but the team didn’t put their heads down.”

The 32-year-old set the time at the death knell in qualifying, usurping what looked to be a Ferrari one-two.

It was far from a straight-forward affair, with a 57-minute red flag during Qualifying 2 when Mick Schumacher crashed heavily.

Repairs to the barriers and the ensuing clean up dragged out the session, with Perez climbing from his Red Bull during the stoppage.

“It was so difficult, this qualifying, because if you remember in Q2, we stopped for like half an hour,” he recounted.

“Just keeping your head, keeping in focus, it’s quite difficult. It’s a lot of time that you have to stay focused, to be thinking what you have to do to make sure you put the perfect lap, and I put it when it mattered.

“Definitely, I think there is no other circuit like this,” he added when asked if pole meant more because of the challenges Jeddah poses.

“This is definitely the most demanding place to get the perfect lap. The level of risk, the level of precision you’ve got to have around this place is just tremendous.”

That was the key to Perez’s late pace; a more committed lap during which he allowed himself to adopt more risk.

“The amount of risk that I had to take… But I think risk together with precision, just nailing it on all the entries,” he explained.

“The level of risk was extremely high. It could very easily go wrong.”

With a maiden pole position under his belt, Perez is now confident of being able to carry that pace into the race, suggesting he has a better car for longer runs.

“We felt we were not as strong as we feel we’re going to be in the race,” he warned.