Little between Leclerc and Verstappen after final practice

Little between Leclerc and Verstappen after final practice 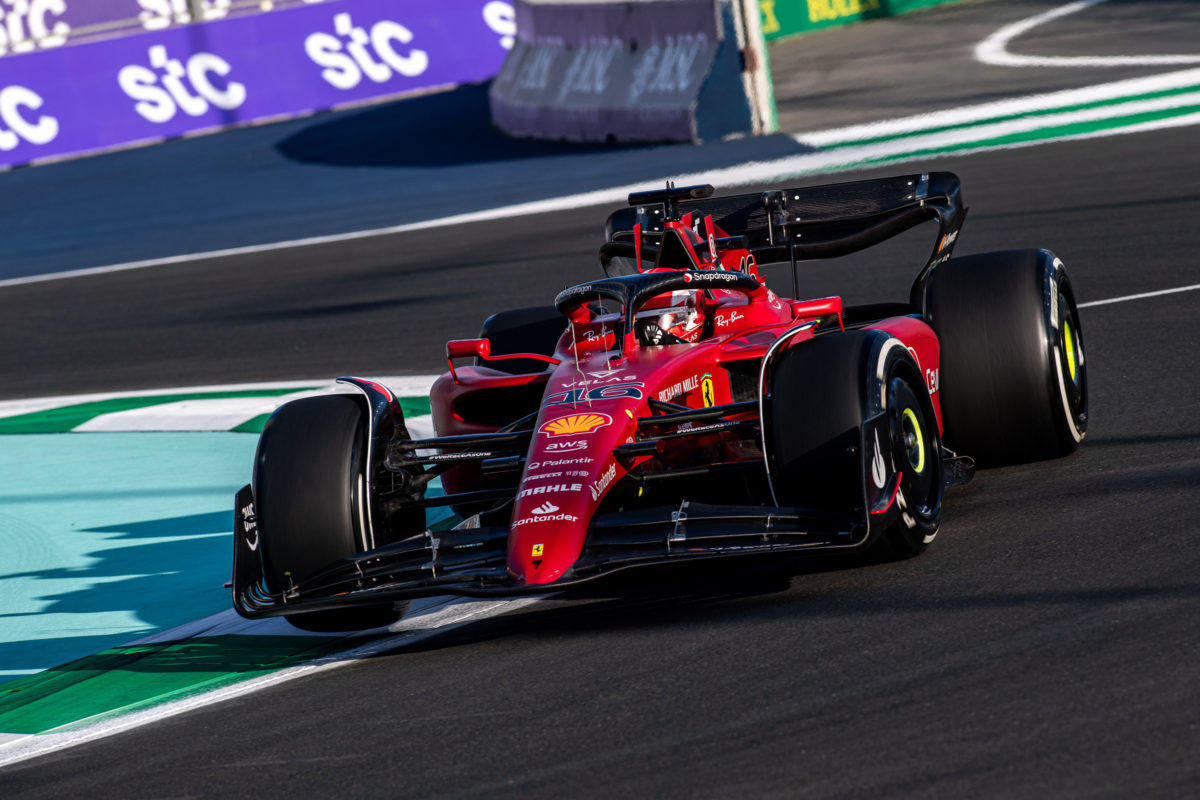 Charles Leclerc and Max Verstappen were split by less than a tenth of a second at the end of Free Practice 3 at the Formula 1 Saudi Arabian Grand Prix.

The Ferrari driver set his best lap as the chequered flag waved after being fastest of anyone through the first third of the lap.

Verstappen had been on a faster lap earlier in the session, but a mistake midway around saw him abort the effort.

Sergio Perez was third fastest from Carlos Sainz, whose Ferrari was visibly suffering from porpoising, then came Valtteri Bottas and Esteban Ocon.

A slow start to the session saw just four cars head out initially, Lewis Hamilton among them, with all completing no more than an installation lap.

In the pit lane, several drivers were yet to even climb aboard their machines, conditions unrepresentative of both qualifying and the race.

Both were on the soft compound tyres, as was Lando Norris who went third best with a 1:32.589s for McLaren.

As he did that, Bottas moved into third with a 1:31.580s to wedge himself between Sainz and Norris as third fastest.

Mick Schumacher and Ocon were the exceptions, though they soon headed out as the two Ferraris circled back to the pits.

Even still, Verstappen had just one lap to his name and no time set after 25 minutes.

Drivers were struggling to get the tyres up to temperature after a single warm up lap, with the Ferrari drivers having set their fastest times on a second push lap.

Verstappen completed two warmup laps before embarking on his first push lap, an approach in contrast to Perez who opted for a single warm up lap and two push laps.

The pair were on track at the same time, offering a strong like-for-like comparison when it came to tyre warmup and drop off for the team.

Perez logged a 1:30.291s with his best lap, while Verstappen managed a 1:30.453s on what was his first representative time of the session.

Verstappen improved to a 1:29.768s with just over 25 minutes remaining, some 0.371s clear of Leclerc but set on his fifth lap on the soft compound tyres.

A reported driveshaft problem for Gasly saw the Frenchman stop in pit exit.

He climbed out of the car and then pushed it single-handedly back towards the pit lane, helped by one marshal while the pit exit remained covered under double-waved yellow flags.

Bottas improved to rise to second fastest on a 1:30.030 as the clock ticked towards the final 15 minutes of practice.

Inside the last 10 minutes, Verstappen headed out for another push lap and was more than 0.3s faster to the first split, only to run wide at Turn 22, bouncing over the kerb on the apex of Turn 23.

While he abandoned his lap, Perez completed another hot lap to bank a 1:29.833s, 0.065s down on his team-mate’s best at the top of the timesheet.

At Mercedes, neither Hamilton nor George Russell appeared to have any pace, the former’s best almost a full second off the pace, and 0.5s down on sixth-fastest Kevin Magnussen.

As the chequered flag was unfurled, Leclerc embarked on another flying lap, going fastest of anyone to the first split.

He carried on with a personal best to the middle sector, the Ferrari driver completing the lap with 1:29.735s.

It left him just 0.033s clear of Verstappen at the end of the lap, though the Dutchman had abandoned a faster lap earlier in the session.

For Leclerc, it meant he ended all three practice sessions fastest heading into qualifying, which gets underway at 04:00 AEDT.