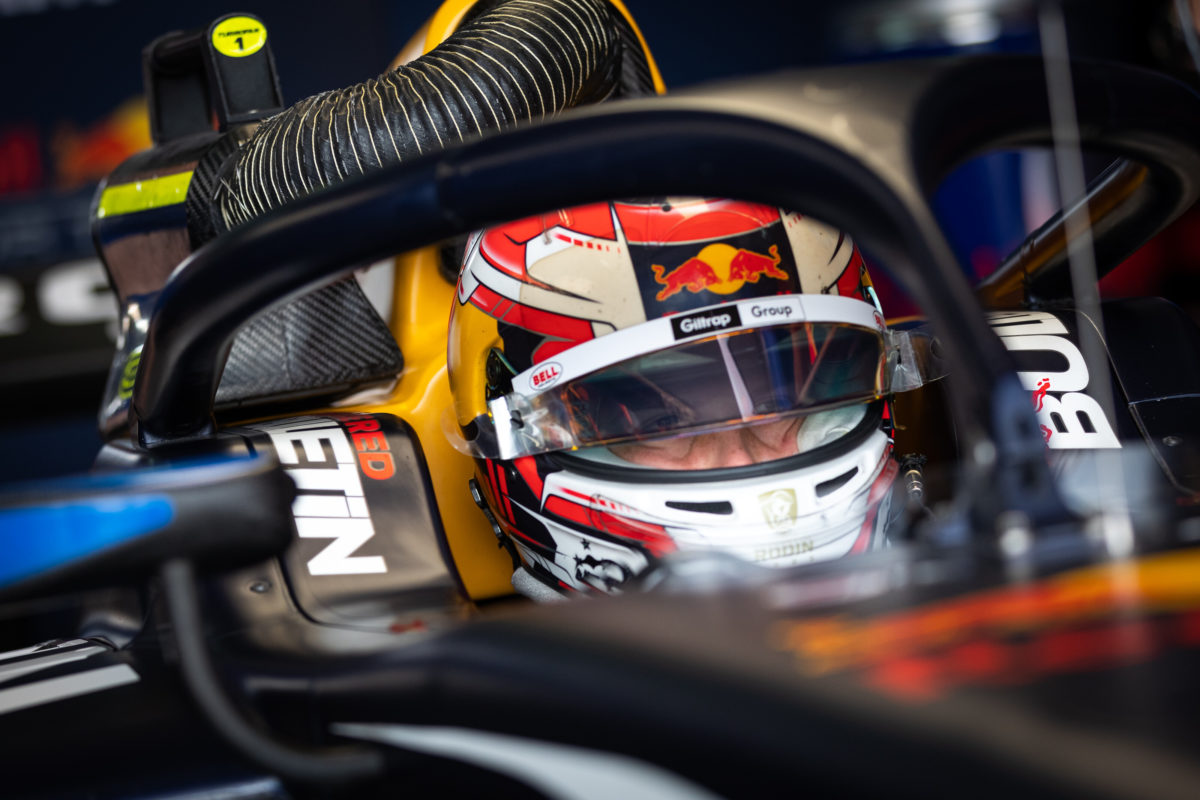 New Zealander Liam Lawson has won the Formula 2 Sprint race in Saudi Arabia, a race led for a time by Australian Calan Williams.

Lawson crossed the line first ahead of Juri Vips and Jake Hughes, the pair drag racing to the line out of the final corner.

Calan Williams finished a strong fifth after leading the race early before being muscled aside by Hughes and slipping behind Felipe Drugovich in the closing laps.

Dennis Hauger moved into the race leader off the start, while a stunning start saw Williams rise from fourth to second by the first corner.

A crash from Amaury Cordeel saw the Safety Car deployed on Lap 2, remaining on track until the end of Lap 6.

The race resumed only to be almost immediately neutralised when Logan Sageant and Jack Doohan crashed without crossing the start-finish line.

Doohan had exited the final corner expecting the field to accelerate for the restart, diving to the left to avoid the stacking pack.

As he did so, he made contact with Sergeant, eliminating both from the race in an incident that was investigated after the race.

Drama then befell race leader Hauger as he headed to the pit lane behind the Safety Car.

Timing screens advised the Safety Car would go through the pit lane, only to immediately be followed by a message stating ‘pit lane entry closed’.

However, Hauger headed through the lane, the only driver to do so, and emerged in 12th, promoting Williams into the race lead.

Rubbing salt into the wound, the former race leader was handed a 10-second stop-go penalty for entering a closed pit lane.

At the end of Lap 13, the lengthy Safety Car period concluded.

Williams led the field to the line slowly, hugging the pit wall on approach to the first corner to defend his advantage.

However, Jake Hughes would not be denied as he used his soft tyre advantage to go the long way around at Turn 1.

Pushed wide at Turn 2, the Aussie opened the door for Lawson to steal second.

A three-way scrap between Vips, Ayumu Iwasa, and Marcus Armstrong over fourth place allowed Williams to edge away to a degree of relative safety.

It was only a temporary respite as soon Vips was with the West Aussie, and passed him into the final corner on Lap 16, taking the inside line and with it the final podium place.

The leaders then found themselves locked together with three laps remaining, Lawson using DRS to pass Hughes to complete the move under brakes for Turn 1.

The former race leader was suffering with worn soft tyres and quickly dropped off the back of Lawson as Vips and Williams became to close in.

A late spin from Armstrong saw the Kiwi not only drop out of the points but stall the engine, prompting the Virtual Safety Car  to be deployed.

Officials cleared the car quickly and racing resumed with just over a lap remaining.

A mistake at Turn 1 from Williams saw him run deep, opening the door for Felipe Drugovich to claim fourth place as they began the final tour.

Out front, Lawson won comfortable while second place went to Vips, who won the drag race to the line against Hughes.

Drugovich was fourth and Williams fifth, while championship leader heading in, Theo Pourchaire, ended 15th and Hauger trailed home his Prema in 17th.