Hamilton baffled by lack of grip in qualifying

Hamilton baffled by lack of grip in qualifying 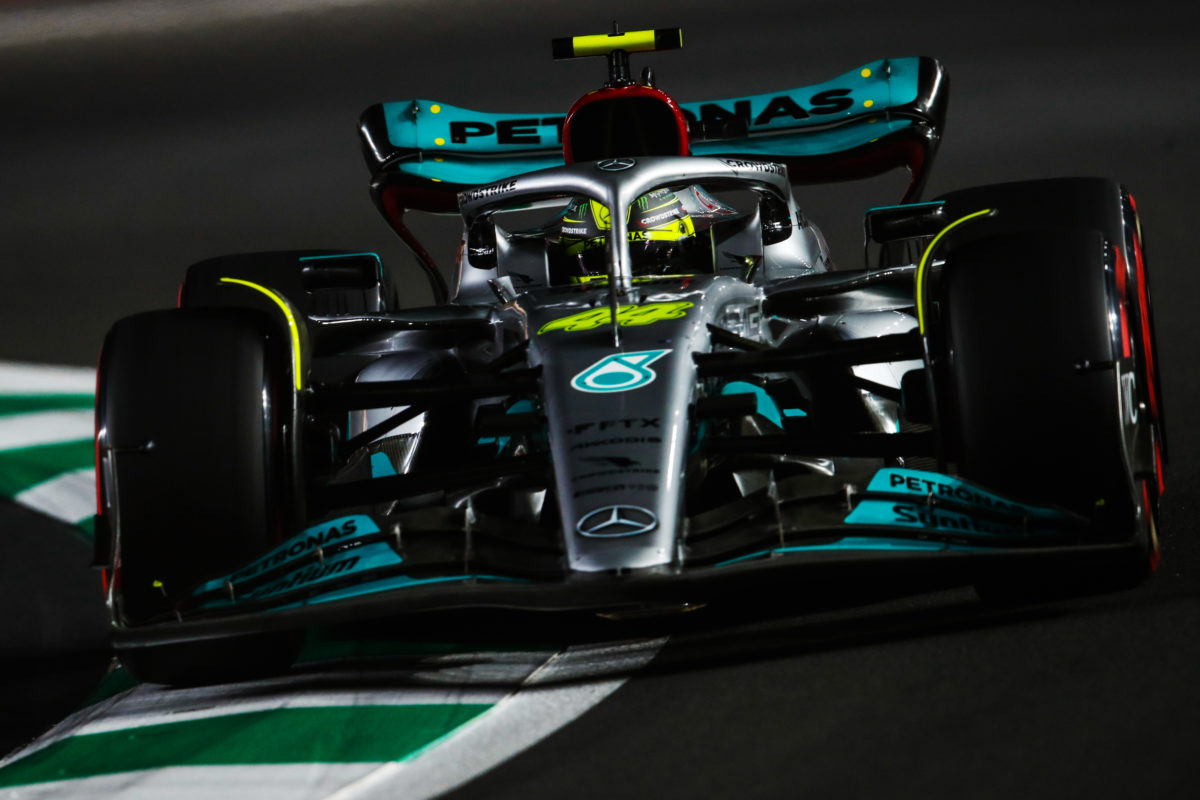 Lewis Hamilton battled an ill-handling Mercedes as he found himself eliminated from the opening phase of qualifying for the Saudi Arabian Grand Prix.

The seven-time world champion struggled for pace throughout the session, managing just a 1:30.343s as Lance Stroll bumped him into the bottom five.

Hamilton’s time contrasted to a 1:29.680s set by team-mate George Russell in the same segment, the team’s latest signing progressing to Qualifying 3 where he recorded the sixth best time – a 1:29.104s.

“The car just wasn’t underneath me today in this session,” said Hamilton.

“In practice it was okay, but I just don’t understand it. It was just difficult to drive all of a sudden; way, way more difficult than ever before.

“The car was very snappy, constantly losing the back end,” he added.

During practice, Hamilton and Russell had deviated on set-up, trying different rear wings in an effort to get on top of the porpoising issue the squad has struggled with thus far in 2022.

According to team boss Toto Wolff, Hamilton’s side of the garage also went with a more aggressive set-up option, a choice that appeared to backfire.

“We’re still experimenting with set-ups to find out where the sweet spot of the car is,” Wolff told select media, including Speedcafe.com.

“So on Lewis’ side, they went a bit bolder and the outcome was that basically they had no rear end in the car.

“I’ve got the same car as I had in qualifying, so I don’t anticipate moving that far forwards, but I’ll give it everything,” he said.

“Maybe I’ll start in the pit lane tomorrow because the back of the car was undriveable in that session,” Hamilton added.

“I don’t know whether starting where I am is going to be worth it.”

Though he qualified 16th, the withdrawal of Mick Schumacher will see him promoted to 15th on the grid, should he opt for a grid start.

The Saudi Arabian Grand Prix gets underway at 04:00 AEDT on Monday morning.