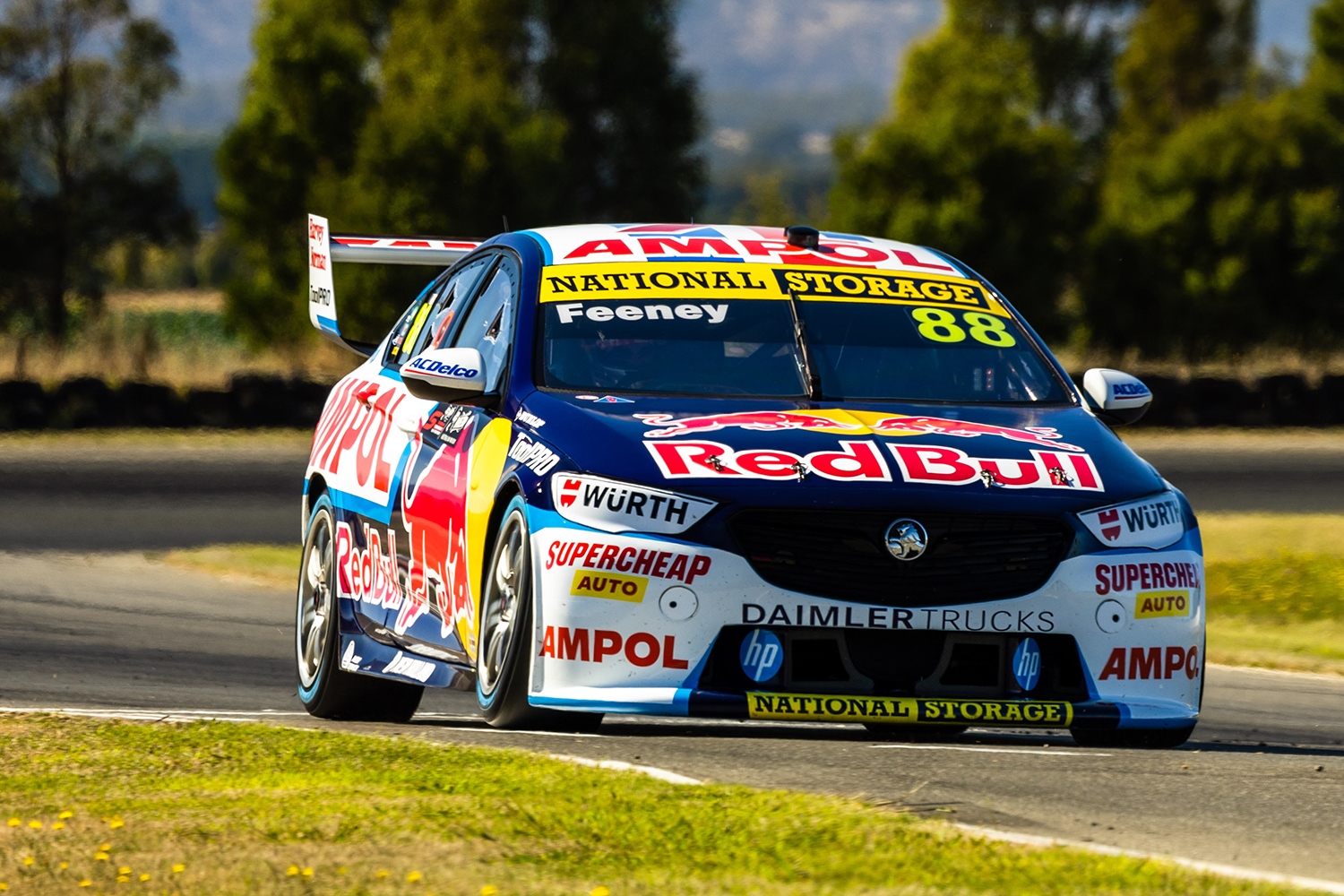 Broc Feeney feels he’s not far away from a breakthrough first Repco Supercars Championship podium after a career-best fifth in Race 3 at Symmons Plains.

The rookie qualified an impressive third for the Ned Whisky Tasmania SuperSprint opener, but was ultimately outboxed for a top three finish.

Although Feeney fell from his starting position, the 19-year-old was nevertheless upbeat to record his best finish to date at a circuit he’d never driven until Saturday.

The youngster had little time to get to grips with the Launceston circuit, two 30-minute practices the only opportunity he’d get before qualifying and the first 44-lap race.

“Not too long ago, I’d not driven the track,” Feeney told Speedcafe.com.

“It’s been a helluva day for me. With this different format for me as well, it’s just flat-out, every session.

“The 30-minute practices, the short turnaround straight into qualifying, three parts, and then a race… a hell of a lot to learn.

“Overall, a top five, if you said that to me a week ago I would’ve taken that, for sure.

“I feel like this has been a big test for me. Thankfully, we’ve had a good result out of it. It is a hard day. So much to learn.

“I came into the day not knowing what to expect. I knew the cars would be competitive. I did the first laps, and it was like, ‘man, this track is pretty hard’.

“There’s so much going on. To get through with a top five is pretty good.”

In preparation for his first race meeting at Symmons Plains, the young gun spent time on a simulator and watched races from previous years.

Feeney said he was content with his performance considering his relative inexperience, although he felt a podium was within reach.

“I went up and watched him on the podium and was like, ‘man, I just want to be there,’” said Feeney of van Gisbergen.

“So even though it was a good day, I definitely had the pace to be on the podium. I’ll just try and do a better job [on Sunday].”

Feeney said he learnt a lot in the 44 laps, especially in the early going when he was under intense pressure.

Although he ceded positions to van Gisbergen and Kostecki, the #88 pilot felt he acquitted himself well.

“It was full-on,” said Feeney.

“I learnt a lot from those first few laps. It’s good, that’s where I’m going to gain the experience.

“I got beaten up a little bit in those first few laps, but towards the end of the race when I was coming back through I made some good moves and was happy with it.

“I even learnt in that race, the moves I was putting on towards the end, learnt from what happened on the first few laps.

“It’s good if you’re battling in that top five bunch. That’s where we want to be at the end of the day.”

Back-to-back qualifying sessions take place this morning, the first of which begins at 10:35 local time/AEDT.