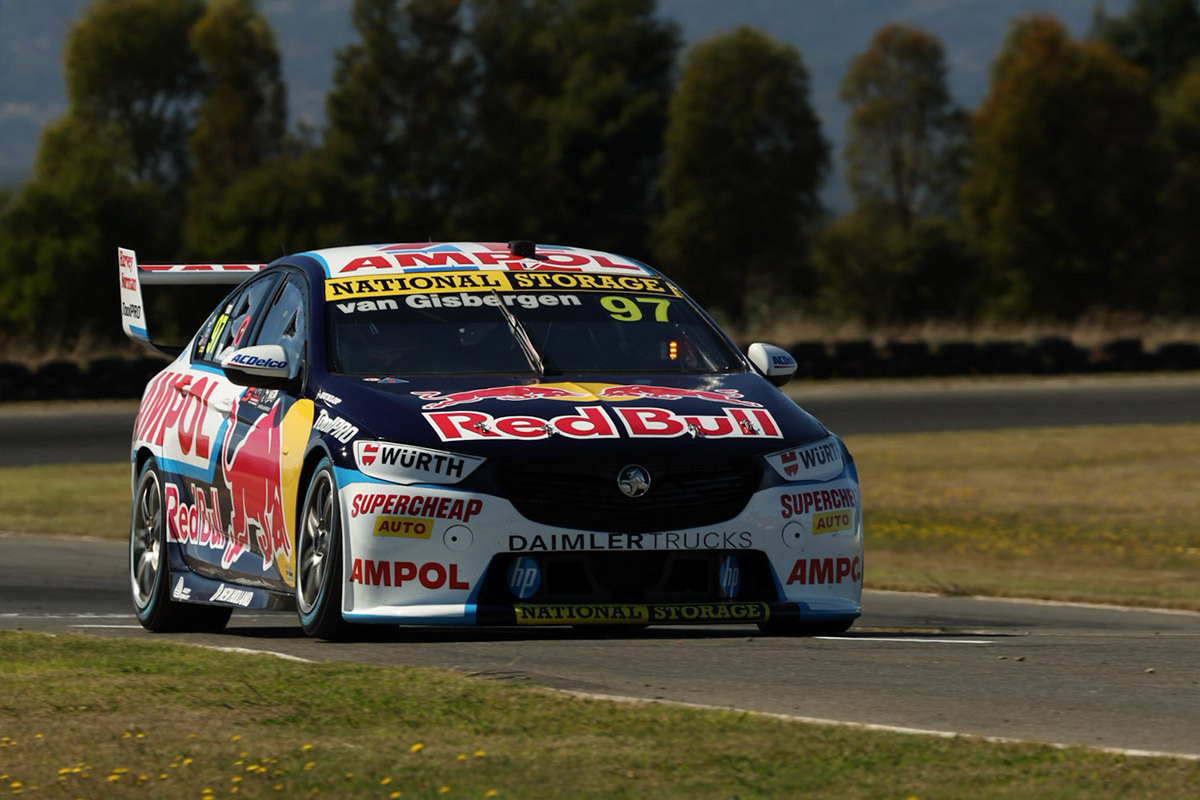 Shane van Gisbergen has gone fastest in Practice 2 for the Ned Whisky Tasmania SuperSprint by a margin of two hundredths of a second over Andre Heimgartner.

Van Gisbergen laid down a 0:50.4473s in his late-session qualifying simulation in the #97 Red Bull Ampol Racing entry, a tenth of a second away from Will Davison’s new practice lap record from earlier in the day when the weather was several degrees cooler at Symmons Plains.

Davison had not long moved the benchmark to a 0:50.6426s when a red flag was called in the 11th minute due to Jake Kostecki stopping on the back straight with a suspected electrical problem in Tickford Racing’s #56 Tradie Mustang.

With the session underway again, Jack Le Brocq (#34 Truck Assist ZB Commodore) moved up to third with just under four minutes remaining, clocking a 0:50.8101s before the rest went for their qualifying simulations.

Hazelwood improved again, to a 0:50.6055s, as Davison set a new fastest first sector but ultimately broke the beam in a time of 0:50.6681s, two hundredths shy of his personal-best.

Scott Pye had a wild moment in the early minutes when he drove his #20 Seiko 5 ZB Commodore into the infield at Turn 1 and ran through the gravel.

He got as high as seventh-fastest, just after the red flag, and ultimately ended up 20th on the timesheet.

Qualifying for Race 3, a three-part knockout session, is due to get underway at 13:50 local time/AEDT.