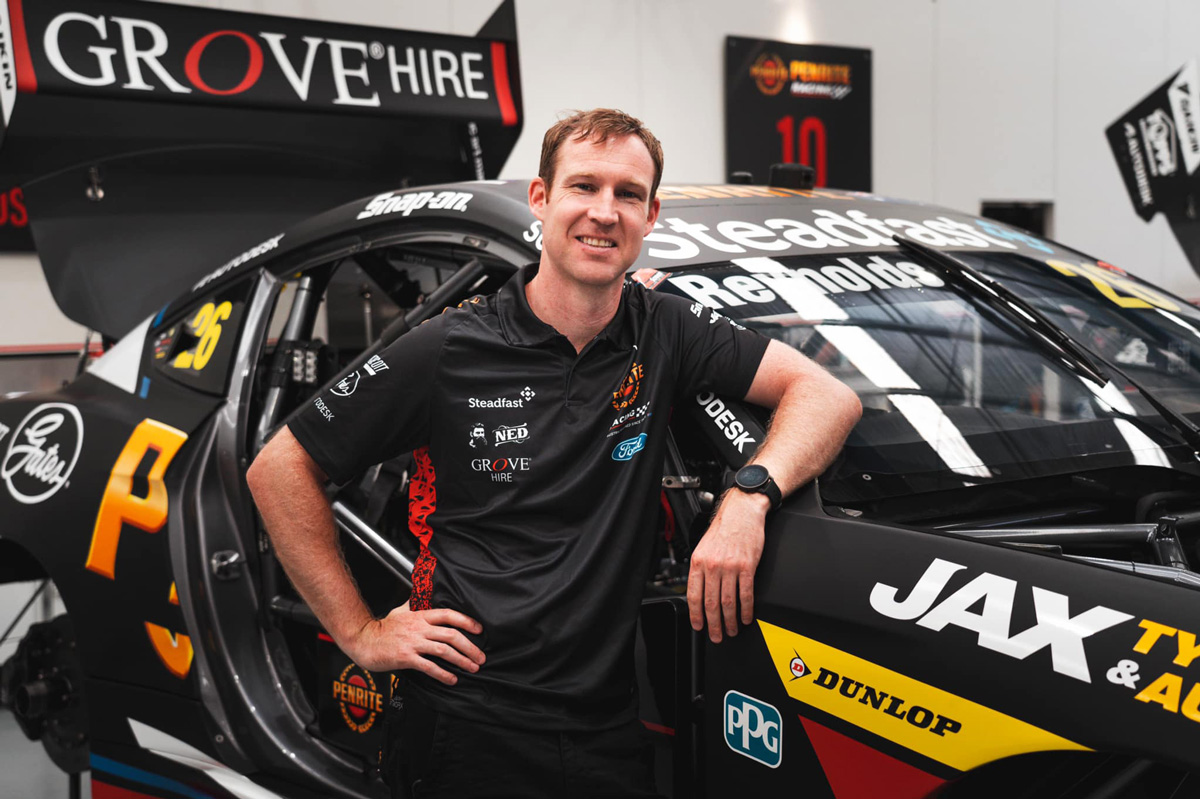 When you think of Grove Racing, you probably think of drivers David Reynolds and Lee Holdsworth.

Maybe you think of the big boss Stephen Grove, or new team principal David Cauchi, who earlier this month was at the centre of a legal dispute with former employer Triple Eight Race Engineering for which there has been no public resolution as yet.

The person that might not come immediately to mind is Brenton Grove, son of Stephen – but it’s the 24-year-old former Triple Eight Super2 driver who Reynolds is heaping praise on.

“Brenton has been amazing for the team,” Reynolds told Speedcafe.com.

“Anything we ask for or want, he sources and gets.

“I don’t think I have ever had a team manager that does that and has that capability, and he’s only young. He’s good.” The pilot of the #26 Penrite Racing Mustang also made mention of the change seen within the Braeside organisation since Kelly Grove Racing became Grove Racing in the off-season.

“A lot has changed in three and a half months,” said Reynolds, who drove for Erebus Motorsport from 2016 to 2020.

“Just everyone is trying to hold themselves to a better standard, I think.

“More accountability and obviously they have got a lot more investment behind everyone and behind the team which kind of brings added pressure, which is good, because that’s what you race for.

“You race here to win. I love the feeling.”

Reynolds looked on-song for much of the season-opening Sydney SuperNight earlier this month, but sits just 16th in the championship.

He was on for a top 10 finish in Race 1 until a transaxle cooler split, leaving him to finish 13 laps down, before recovering from an opening lap melee a day later to charge back to ninth at the chequered flag.

Round 2 of the 2022 Repco Supercars Championship takes place at Symmons Plains International Raceway this weekend.

Reynolds took results of 16th, eighth, and eighth last year at the Tasmanian venue, where he was a podium finisher in 2019.

Supercars Championship action at Symmons Plains gets underway at 09:50 local time/AEDT this morning.