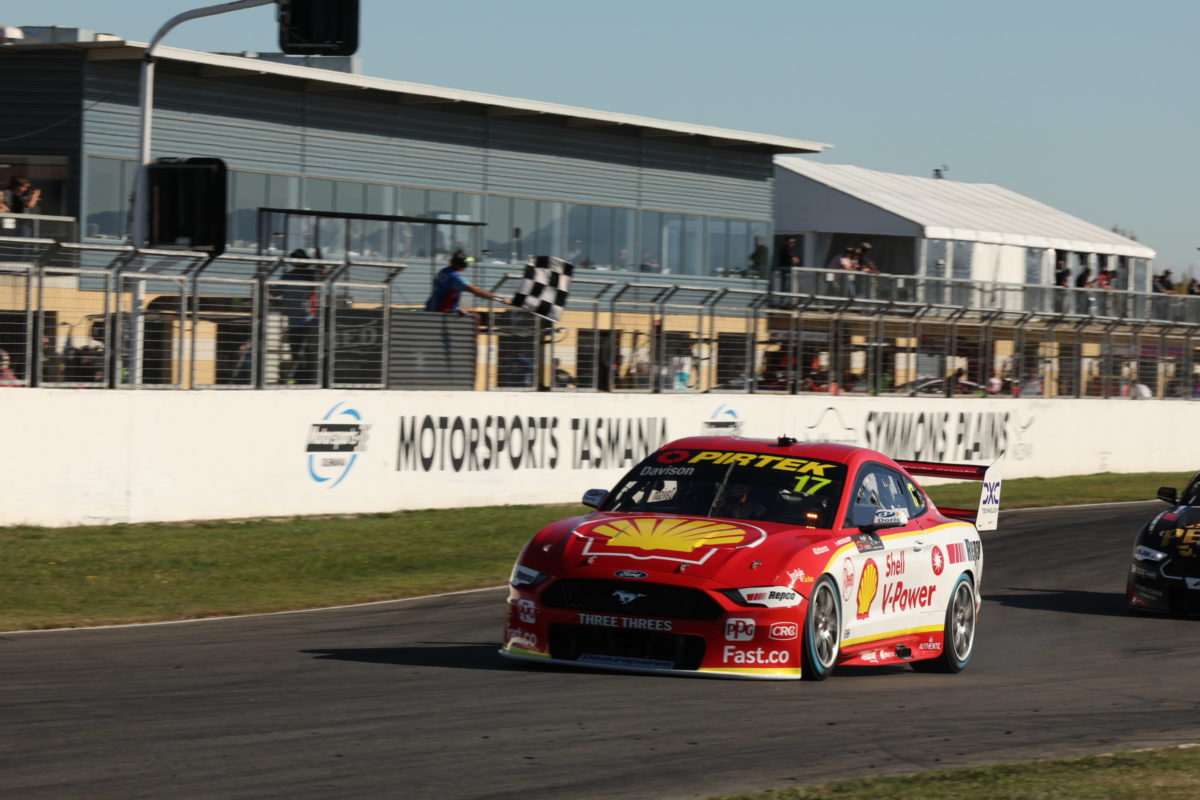 Will Davison has pipped 2021 Supercars champion Shane van Gisbergen to the fastest lap in Practice 1 for the Ned Whisky Tasmania SuperSprint.

Tickford Racing had cars in third and fourth, being those of Cameron Waters (#6 Monster Energy Mustang) and James Courtney (#5 Opposite Lock Mustang) respectively, with Anton De Pasquale fifth all-told in the second of the Shell V-Power Mustangs.

All rolled out on super soft tyres, the only compound in play this weekend, and Jake Kostecki (#56 Tradie Mustang) was fastest after the initial flyers on a 0:52.3483s before being usurped next time around by team-mate Courtney on a 0:51.1043s.

As the session moved towards its final five minutes, Mark Winterbottom (#18 Irwin Tools ZB Commodore) jumped to the top with a 0:50.8427s before Waters beat that with a 0:50.6361s.

Courtney subsequently set a 0:50.5624s to get back as high as second on the timing screen as the rest went for their final flyers.

With the chequered flag about to be waved, van Gisbergen broke the practice/qualifying record with a 0:50.4218s but it would be beaten moments later by Davison’s effort.

Nick Percat (#2 Mobil 1 NTI ZB Commodore) ended up 12th in the second Walkinshaw Andretti United entry, and Tim Slade brought up the rear after a power steering problem for the #3 CoolDrive Mustang.