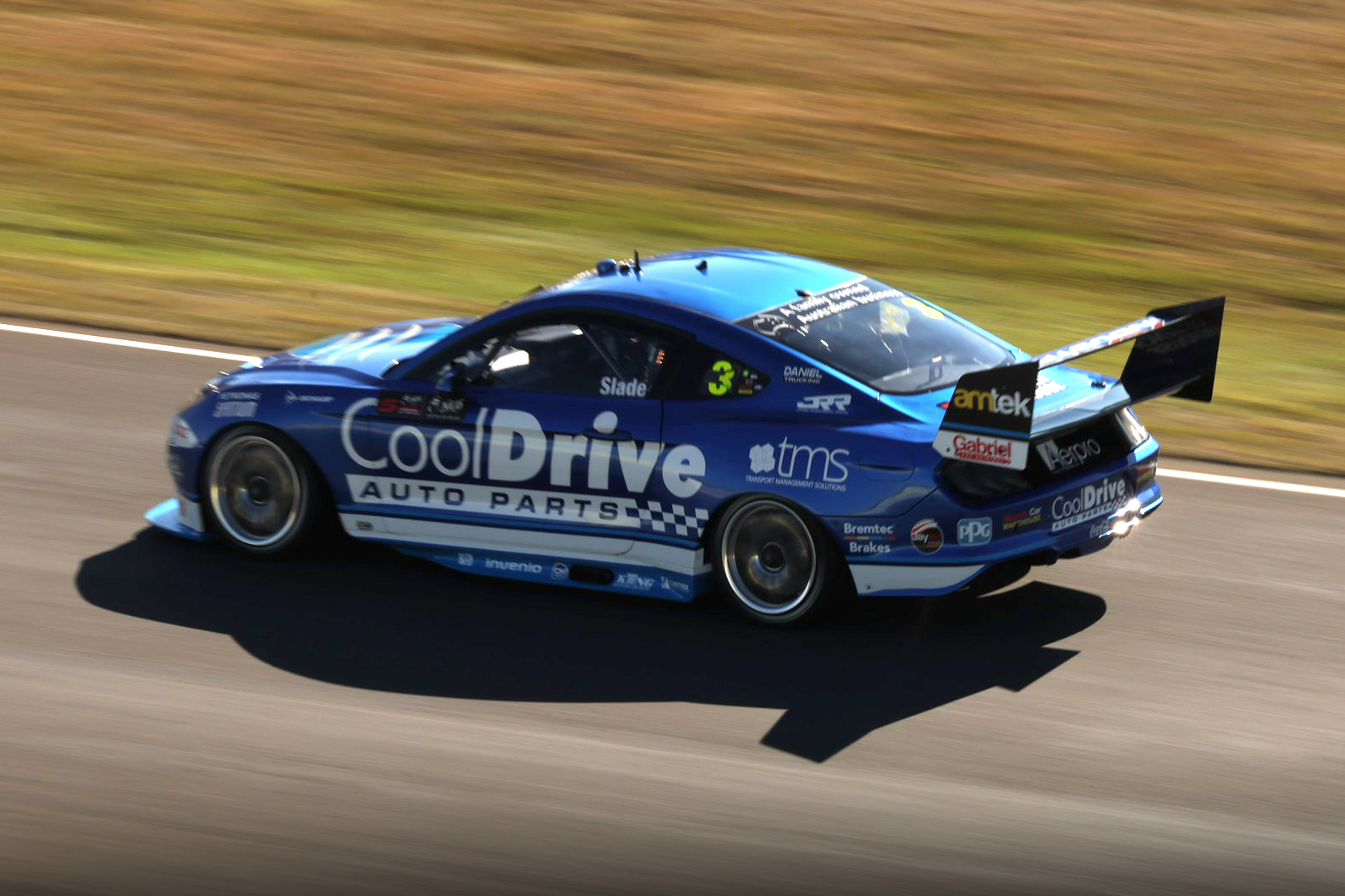 Slade rolled out onto the circuit for the opening 30-minute session only to immediately return to the pit lane with the issue.

The Blanchard Racing Team driver sat idle for the first five minutes as the team sought to rectify the drama, eventually opting to suffer through the session with the problem.

In the end, Slade wound up 1.2s off the record-setting pace of the Shell V-Power Racing Team’s Will Davison, who clocked a 50.3450s.

“We weren’t able to fix it in the session,” said Slade, whose best lap was a 51.5704s on pre-marked super soft tyres.

“It wasn’t too bad turning left. Fortunately, most of the important corners around here are left.

“After a couple of laps, you basically had no power steering turning right. Turn 1 was a bit of a handful trying to get through there one-handed going down gears.

“I thought I could learn a little bit just with brake markers and whatever else at the hairpin and Turn 6. The boys will work hard and try fix it.”

Although it was a painful Practice 1, the 36-year-old remained optimistic having heading into Practice 2 with an unused set of super soft tyres in his bank.

“We’ve got some new bits in the car this weekend so it’s good to get an idea of how that felt, but no use wasting that new super soft tyre at the end,” said Slade.

Practice 2 at the Tasmania SuperSprint gets underway at 11:40 local time/AEDT.