Onboard the next-gen Supercar, from the passenger’s seat

Onboard the next-gen Supercar, from the passenger’s seat 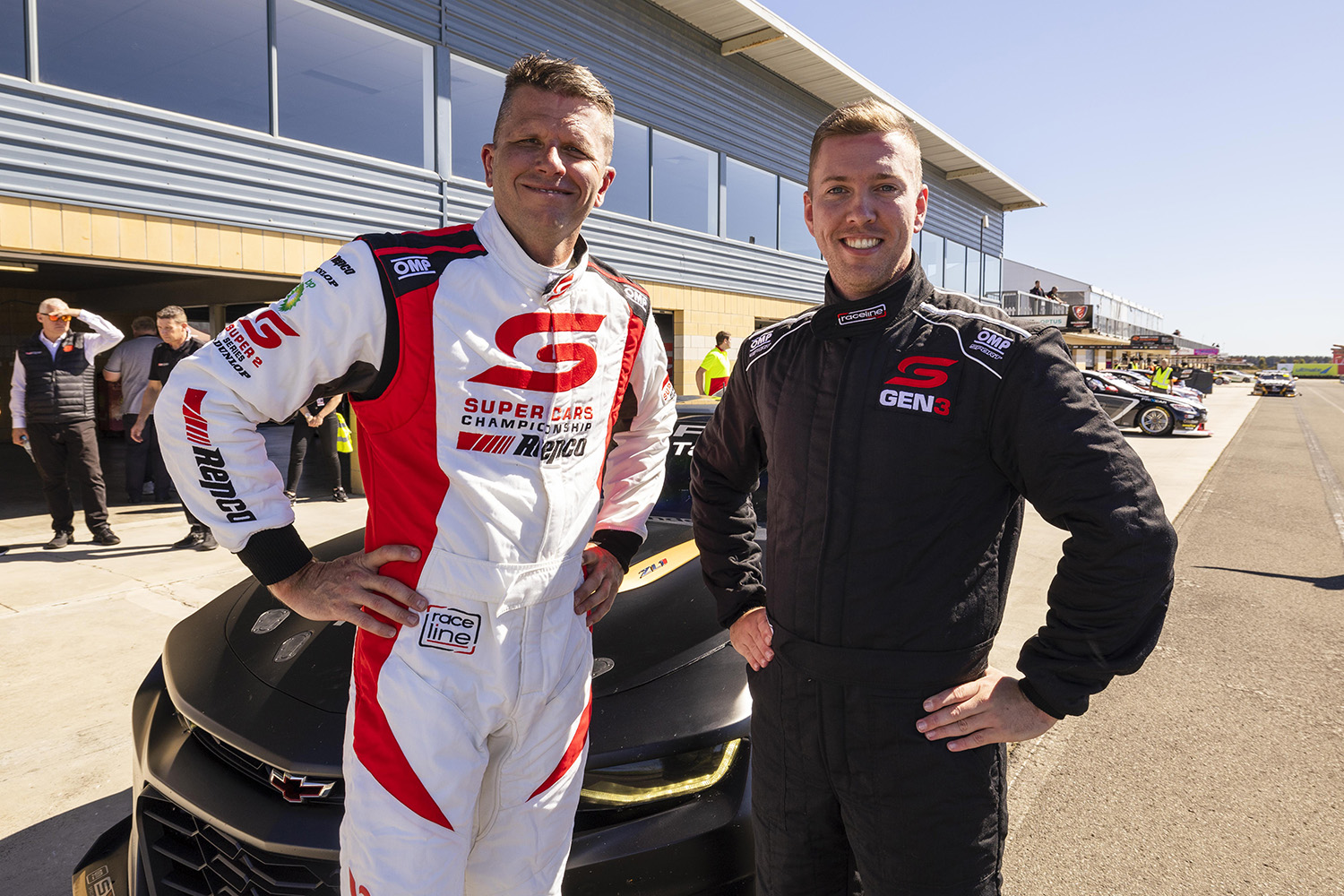 You can kick a football around with Cameron Smith, but you’ll never feel what it’s like to take to Suncorp Stadium for State of Origin.

You can face a Brett Lee yorker in the nets at 150km/h, but you’ll never feel what it’s like to walk out onto the MCG for the Cricket World Cup final.

But you can strap yourself into a race car and feel what it’s like to be Shane van Gisbergen or Anton De Pasquale and drive at speeds in excess of 250km/h around one of Australia’s greatest race tracks.

Really, what other sport can do that for its fans?

For a lucky few, Supercars opened the doors to its Gen3 prototypes for passenger rides for the first time ahead of the Ned Whisky Tasmania SuperSprint.

The process of designing, building, and developing the next-generation cars has at times been criticised to where we are now. But with every outing, the finish line draws closer.

The chance for a handful of media and local dignitaries to experience these cars at Symmons Plains International Raceway – Speedcafe.com included – represented yet another milestone in the development process.

By now, we’re all well versed with how these cars look. There’s little doubt the Gen3 cars are more aesthetically appealing. They’re wider, lower, and the right shape too.

Under the bonnet, there’s changes afoot. Gone is the 5.0-litre V8 that the contemporary ‘V8 Supercar’ era has long been based upon, and in its place is a 5.7-litre LTR in the Camaro while the Mustang gets a 5.4-litre Coyote. 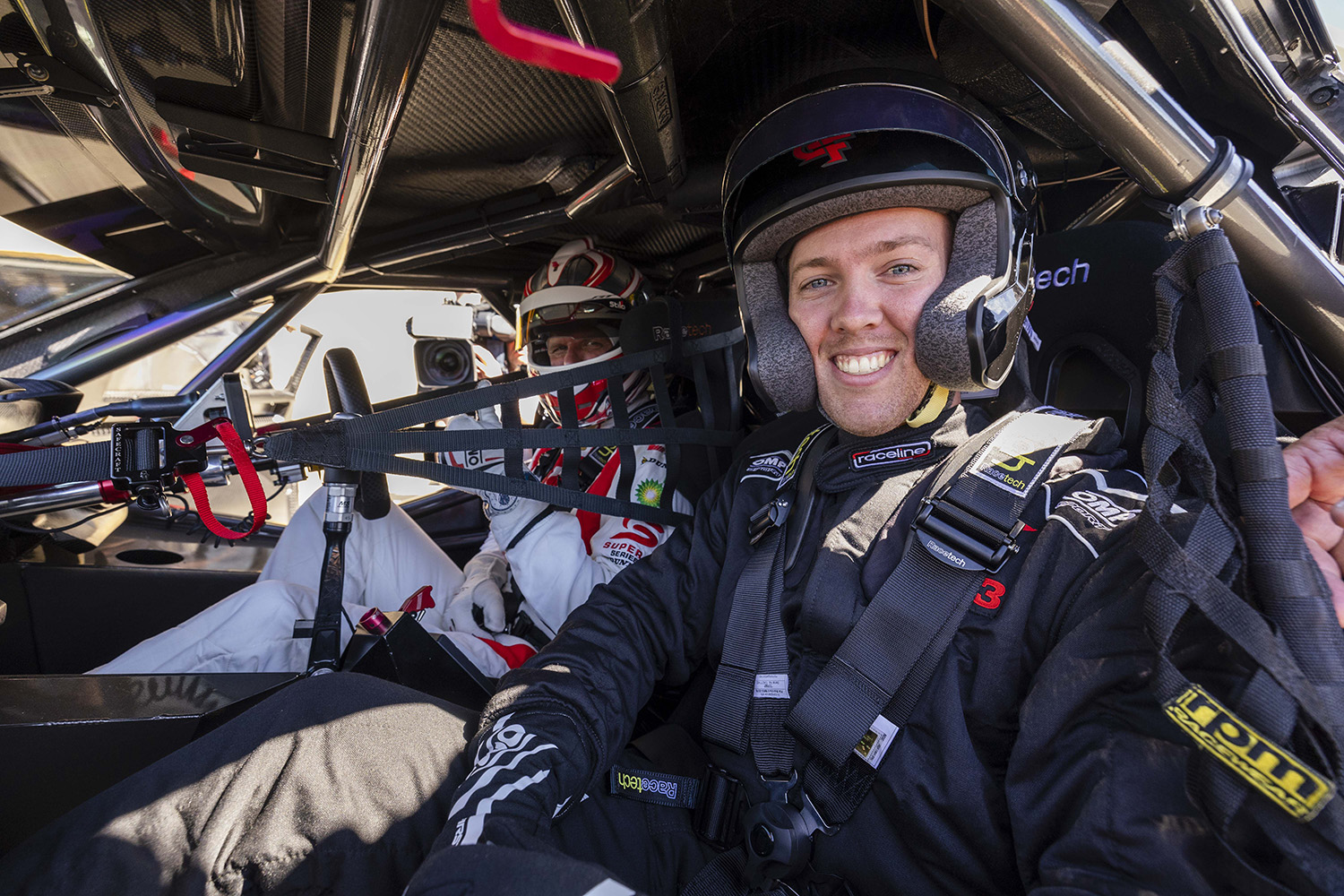 The cockpit is cosy inside the Chevrolet Camaro. Picture: Mark Horsburgh

For full disclosure, I’ve had plenty of laps in race cars, though I’ve not been lucky enough to saddle up in a Gen2 car, so this is not a comparison, per se.

However, these are my observations of the Gen3 car after two laps riding shotgun.

Nestled in the passenger’s seat, it’s a cosy set-up. There’s a wall right behind our back, a departure from the spacious Gen2 ‘taxis’ that preceded Gen3.

Garth looks comfortable enough, his six-foot-something frame not cramped by any means – something he later detailed.

It’s immediately evident that Supercars has made the right choice in sticking with the stick. With every pluck of the gear lever, an explosion shoots up my backside as we hurtle towards the hairpin.

There were some concerns that the move away from individual throttle bodies to a single throttle body might dampen the iconic Supercars sound.

Any fears were quickly alleviated as the car roared. The sound is distinctly Supercars.

Hard on the brakes, Garth’s feet dance on the pedals as he wrestles to get the car stopped, turned, and going again in all of a split second. The heel-and-toe is an art in itself.

From the passenger’s seat, you quickly begin to appreciate how intense it must be in the thick of the battle. No video footage does it justice, you have to experience it for yourself.

Powering out of the hairpin, the torque is punchy. The Camaro thinks about bursting into wheel spin, but Garth keeps it under control.

As we head for the penultimate corner, rev limiter buzzing, the car dances on the road. The absence of anti-roll bars from the cars this weekend makes it a lively experience for Garth and I as the car threatens to break loose.

Across the line. We start another lap. Garth slides the car under the bridge as the rear snaps into oversteer, all the while reaching for the lever to pluck another gear. It’s good viewing from where I’m sitting.

Another dance on the pedals and no sooner than we started and we’re back in the pit lane.

It’s a visceral – if brief – experience, but it’s easy to understand why Supercars has persisted with the philosophy of these cars.

From the passenger’s seat, it’s hard to fault them. They’re fast, loud, and loose.

I am, of course, not a driver, though I felt there was a moment or two – notwithstanding the absence of the steering wheel in hand – where I thought I began to understand what the drivers have been telling us about these cars in terms of the feel of them.

Without a back-to-back run between the Gen2 and Gen3 cars, it’s hard to say whether one is necessarily better than the other. Ultimately, that’s not up to me to decide either. The proof will be in the pudding and how these cars race when they eventually roll out at Newcastle in 2023.

Speaking with Garth and hearing what Marcos Ambrose had to say after his first few laps in the cars, we’re not far from the finish line. They may not be perfect – perfection is the enemy of progress after all – but what we’re looking at is promising if it all comes together.

These cars are long overdue, there’s no doubt. Hopefully, when the time comes, it will have been worth the wait.