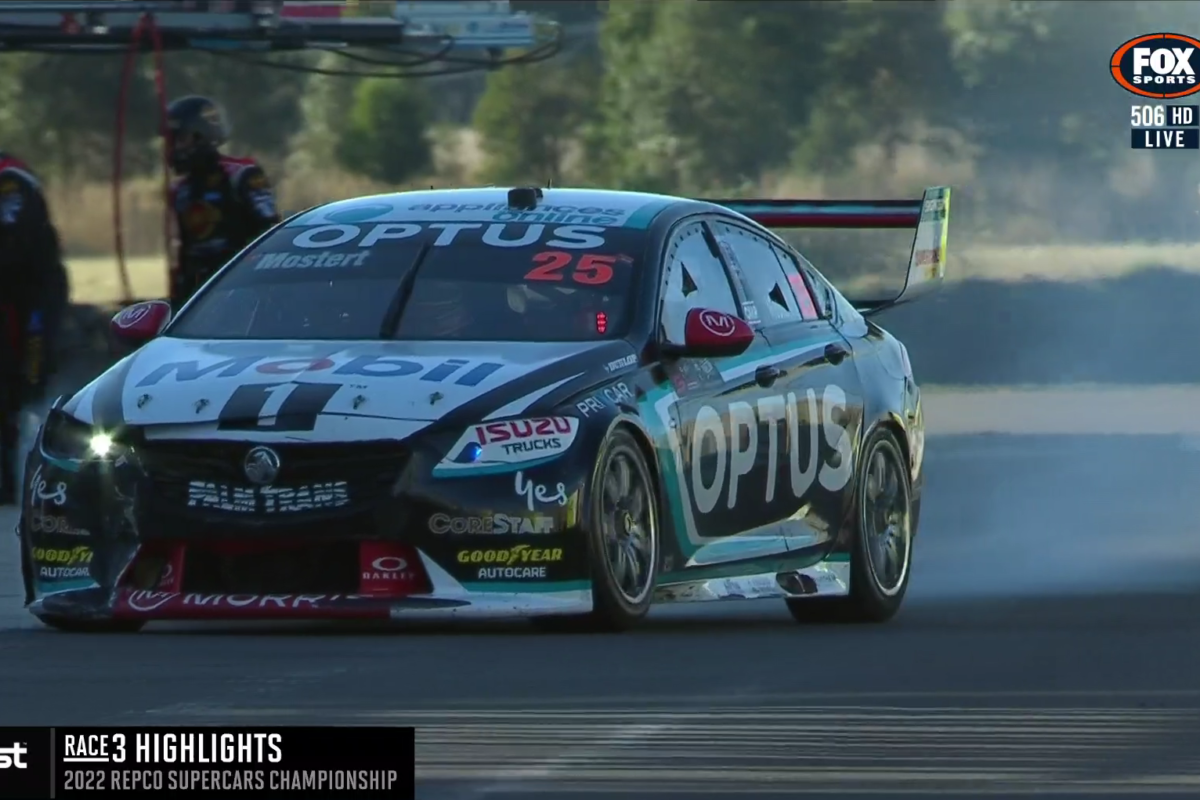 Former Repco Supercars Championship leader Chaz Mostert is grateful to have finished and salvaged some points after incurring damage in an incident with Mark Winterbottom in Race 3 in Tasmania.

Mostert qualified only 13th in a session in which his Mobil 1 Optus ZB Commodore had been leaking power steering oil, but had clawed his way into the top 10 by the time a dozen laps of racing were in the books at Symmons Plains.

He was sitting 10th again after the completion of the pit stop cycle when disaster struck less than eight laps from home, on the exit of the Turn 4 Hairpin.

Winterbottom looked to be trying to set David Reynolds up for the drag race down the back straight but succeeded only in contact with the #26 Mustang which ultimately spun both around.

Mostert, sitting just behind, was unable to avoid hitting Winterbottom’s #18 ZB Commodore and was forced to pit for running repairs, as well as another right-front tyre.

He reached the chequered flag three laps off the pace in 23rd position and has gone from leading the championship after the first event of the season to fifth in the standings at 49 points off top spot, with a day to go in the Ned Whisky Tasmania SuperSprint.

“I mean, I think Davey Reynolds was super-high and ‘Frosty’ [Winterbottom] was in the middle and they were kind of having their own battle.

“I committed to super-low, hoping that maybe I’d just get close enough for the exit, but as I came off the corner, they were having an accident in front of me and I just couldn’t react quick enough.

“So yeah, tagged the back of them, got quite bad damage and obviously had to pit.

“So, grateful for the team to belt that front bar back out, at least get out and finish that race and the chequered flag and get some points.”

The man in Car #25 still finished one position ahead of team-mate Nick Percat, who suffered damage early in the 44-lap encounter.

“I just looked at the standings, see Nick down there as well, so we’ll regroup, come back tomorrow, try and get some better results.”

The qualifying sessions for Races 4 and 5 of the season take place tomorrow from 10:35 local time/AEDT.