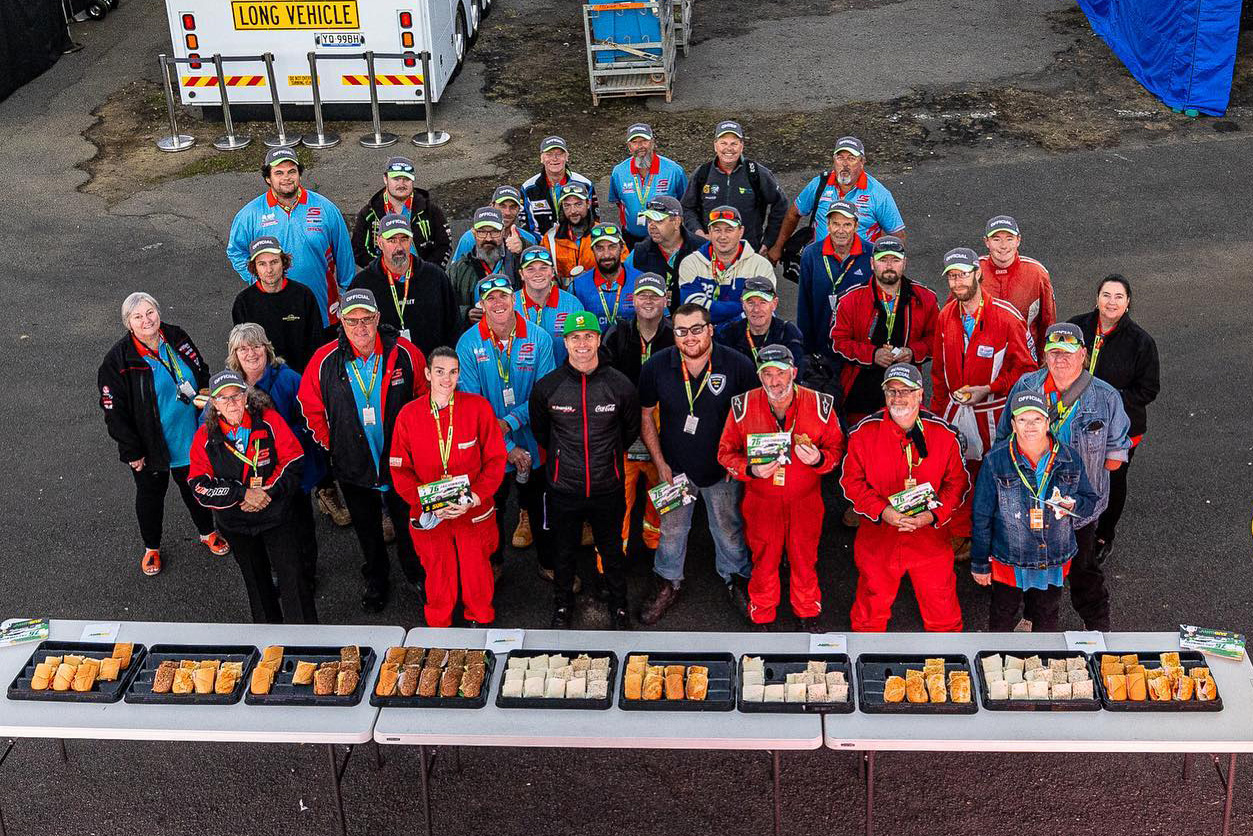 Garry Jacobson is set to bring up his 100th start in the Repco Supercars Championship later today when he takes to the grid for Race 3 at Symmons Plains.

To mark the occasion, the PremiAir Racing driver has leant on his primary sponsor Subway to reward the volunteers at this weekend’s Ned Whisky Tasmania SuperSprint.

Before action got underway this morning, Jacobson and Subway hosted 140 volunteers and officials for breakfast.

The 30-year-old said it was important to recognise the efforts of those that allow him to go racing.

“I’ve had a great start to the day celebrating with a Subway breakfast with the volunteers here in Tassie,” said Jacobson.

“A big thank you to Subway Australia for putting this on for us. A few brekkie subs and wraps to kick off the day, what more could you want?

“The volunteers put in long hours and none of our events would be able to go ahead without their help, so thank you to the volunteers here this weekend and at all our events throughout the season for the work they all put in. It’s been a lovely morning getting to meet some of them.

“I’m looking forward to a great first day out on track, let’s hope it’s a successful one for myself and the team.”

Jacobson made his championship debut in 2017 in the Sandown 500 alongside Jason Bright.

The 2019 season marked his first full-time campaign, with Kelly Racing, before joining Matt Stone Racing in 2020 and then Team Sydney in 2021.

The Shepparton driver joined PremiAir Racing in 2022, born out of the ashes of Team Sydney which was dissolved and the assets sold to champion drag racer Peter Xiberras.

Now in his fourth full-time season, Jacobson paid tribute to his supporters before his 100th race start.

“I’m very excited to reach such a milestone in a competitive sport like Supercars,” said Jacobson.

“We would always like to have a few more trophies in the cabinet, but I know that I’m competing against the best there is in the country, and I wouldn’t want it any other way.

“The people that have supported me consistently year in, year out, will always be the reason I still have the opportunity to do this in the first place. So, the biggest thanks are to them!

“And the opportunity they give me to get better and work hard on my ability to keep at it and get the results that hopefully are close by in the future.”

Action at the Tasmania SuperSprint gets underway at 09:50 local time/AEDT with Practice 1.