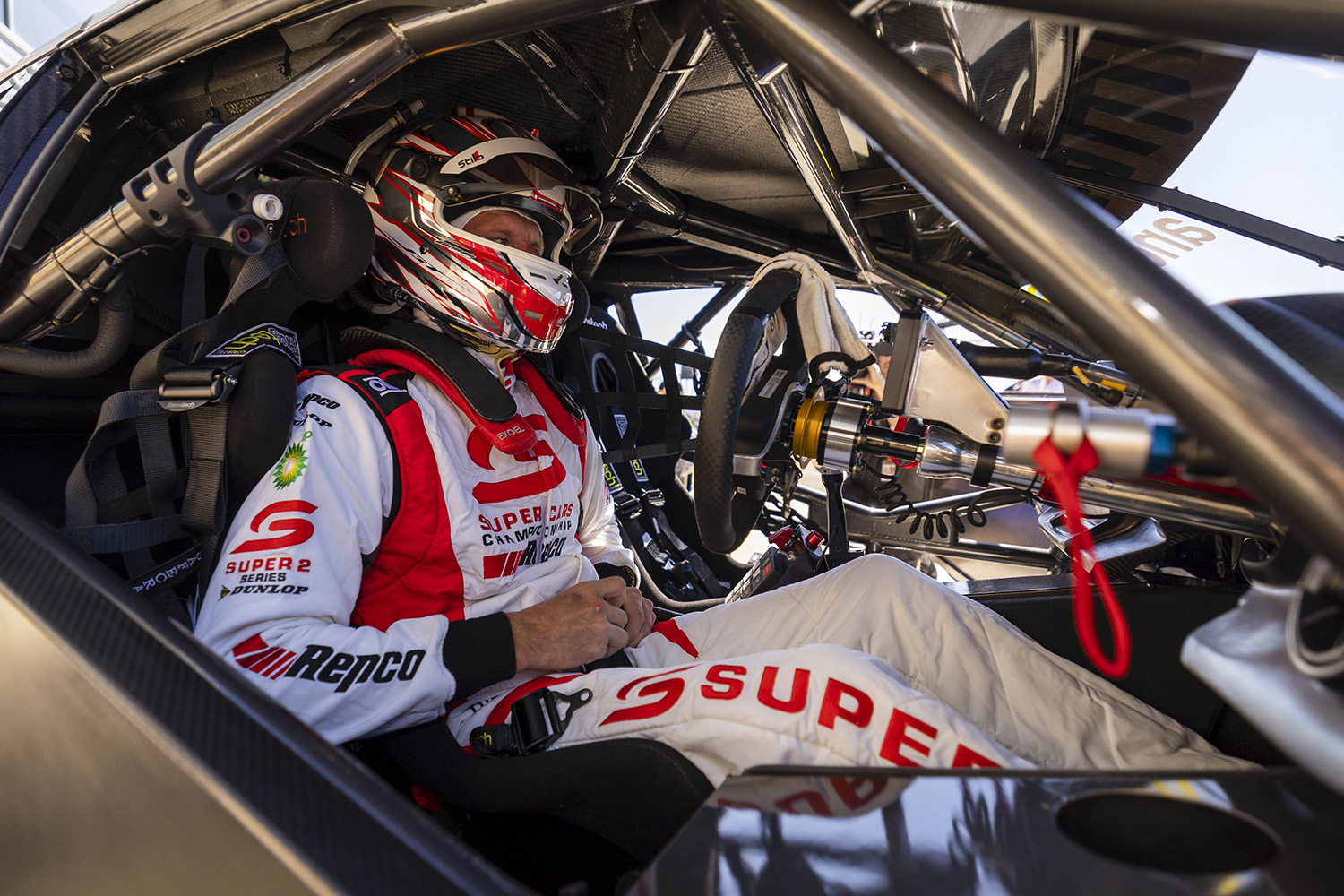 One of the Repco Supercars Championship’s tallest co-drivers, Garth Tander, says the category has got the ergonomics of the Gen3 cars nearly ‘nailed’.

Tander cut his first laps in the next-generation touring car at Symmons Plains International Raceway yesterday ahead of the Ned Whisky Tasmania SuperSprint.

Since the rollout of the cars at last year’s Bathurst 1000, the two prototypes have undergone changes, including ergonomics adjustments to aid driver comfort.

Some drivers had complained of leg numbing and poor visibility due to the low seat position and high pedal placement.

Those have both been adjusted, opening up the angle of the legs relative to the torso and raising the driver.

Of particular interest for Supercars was to get Tander in one of the cars to see how he faired in the cosy cabin.

“The first thing I did when I jumped in was move the pedals back closer to me,” Tander told Speedcafe.com.

“They [Supercars] were happy with that because that means there’s some adjustability there.

“I still think we’re probably too much at 90 degrees, seating position, but it’s tuneable, definitely tuneable.

“It’s definitely achievable to get what we need to get done. I’ve said all along if they can get Shane [van Gisbergen] and Brodie [Kostecki] to fit in the car, then everyone will fit.

“It sounds like they’ve pretty much got it nailed.”

Tander completed a handful of laps on Friday morning, taking passengers for the first time in the car’s short existence.

Although eager to drive the car in anger on his own early next week when testing continues at the circuit, Tander was positive in his first assessment.

“The first feeling was the power – I was like, ‘holy smokes, this thing goes! Like, really goes’,” he explained.

“That was good to feel that. As far as the package goes, it’s not too bad. There’s still a bit to do, but you can feel the bones are there.

“Systems-wise, everything was there. Ergo was fine. There’s plenty of room in the car. That was all good. They were happy to tick that off.

“As I said, I did five or six laps or something. First impressions are good.”

With no preconceived ideas, having not driven the car with paddle shifters, Tander said he was pleased what he knew in Gen2 applied to Gen3, despite the electronic fly-by-wire throttle.

“Don’t forget, now we’re using a stick and blipping the throttle electronically as opposed to cable in the previous cars. The throttle response on downshift and all the rest of it was fine.

“From a feeling point of view, I jumped in the car straight away having not really thought about it, went down to the hairpin, jumped on the brakes for the first time, just did everything as you would in the current car, and the car reacted exactly as you’d expect. All that was all good.

“It was fun to drive. I really enjoyed it. Looking forward to doing some more, doing some proper driving on Monday. It’ll be nice to go for a drive without a passenger in the car so I can actually explore the limit a little bit.”