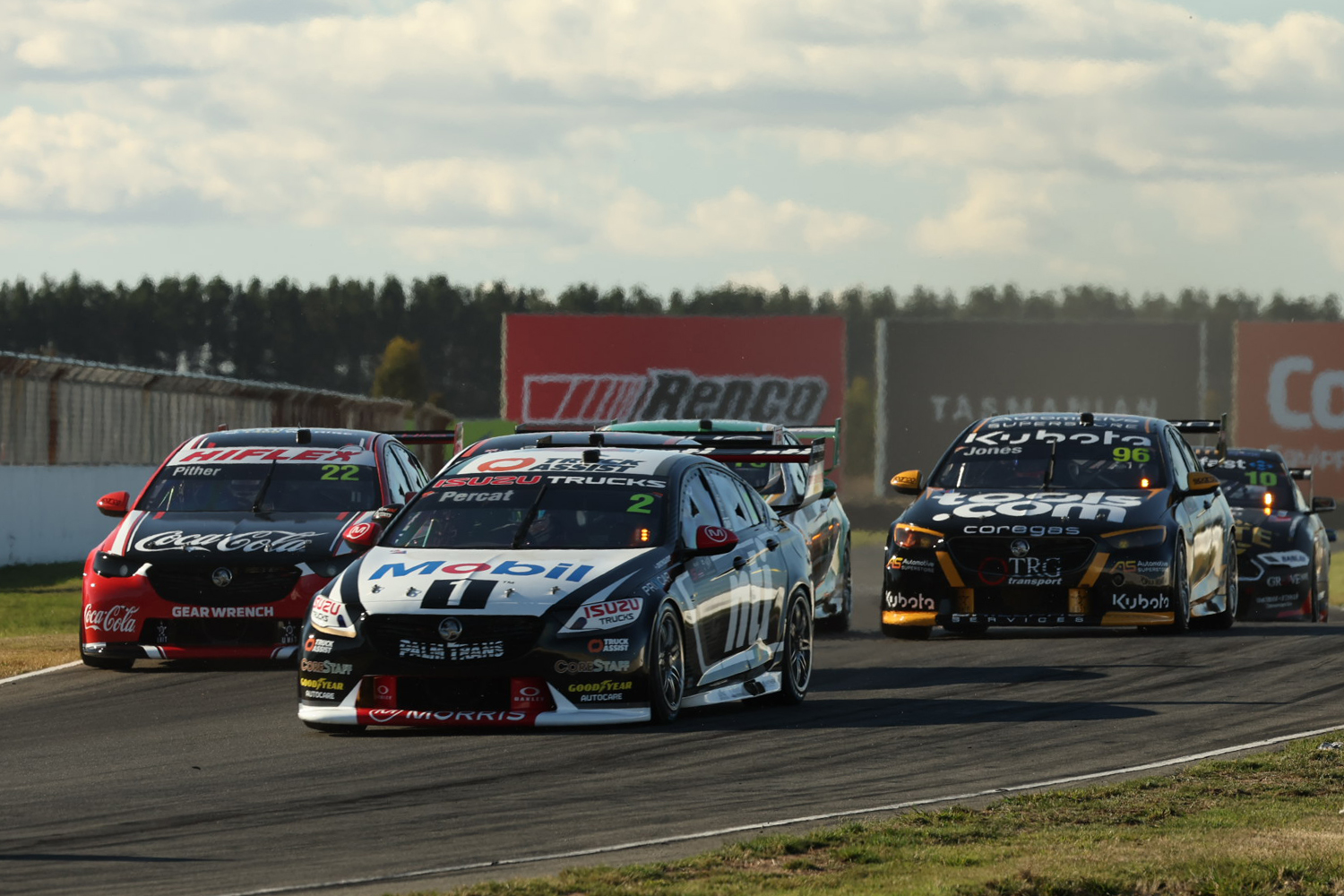 Mobil 1 NTI Racing’s Nick Percat has explained how his hopes of a clean Race 3 in the Repco Supercars Championship were dashed early.

That subsequently broke a steering arm on the #2 Holden ZB Commodore, forcing Percat to pit at the end of that lap.

In the end, Percat would come home 24th, completing 38 of the 44-lap race distance.

The incident also had ramifications for De Pasquale, who fell to 20th after the coming-together.

The #11 pilot would go on to recover to sixth in a race won by Red Bull Ampol Racing’s Shane van Gisbergen.

“He was getting boxed pretty hard. Then we just went through Turn 1 side-by-side and then he just turned in a little bit early and hit my front wheel, so maybe he didn’t know I was there.

“It was annoying because you look at Anton, he finished sixth and my car actually felt good considering we were just rolling around at the end there.”

The incident was investigated by the stewards, although neither Percat nor De Pasquale were found to be at fault.

It’s the second incident in consecutive races for Percat, who at Sydney Motorsport Park had a collision with #20 Seiko Racing driver Scott Pye.

“It was awkward, just interlocking wheels. Two in a row.”

Having only qualified 17th for Race 3, the South Australian said he’ll need to improve in tomorrow’s two 12-minute qualifiers.

“I think obviously Chaz [Mostert] had really good pace then and mine felt pretty good, all things considered.

“Obviously I was rolling around on used tyres. We’ll see how we go.”