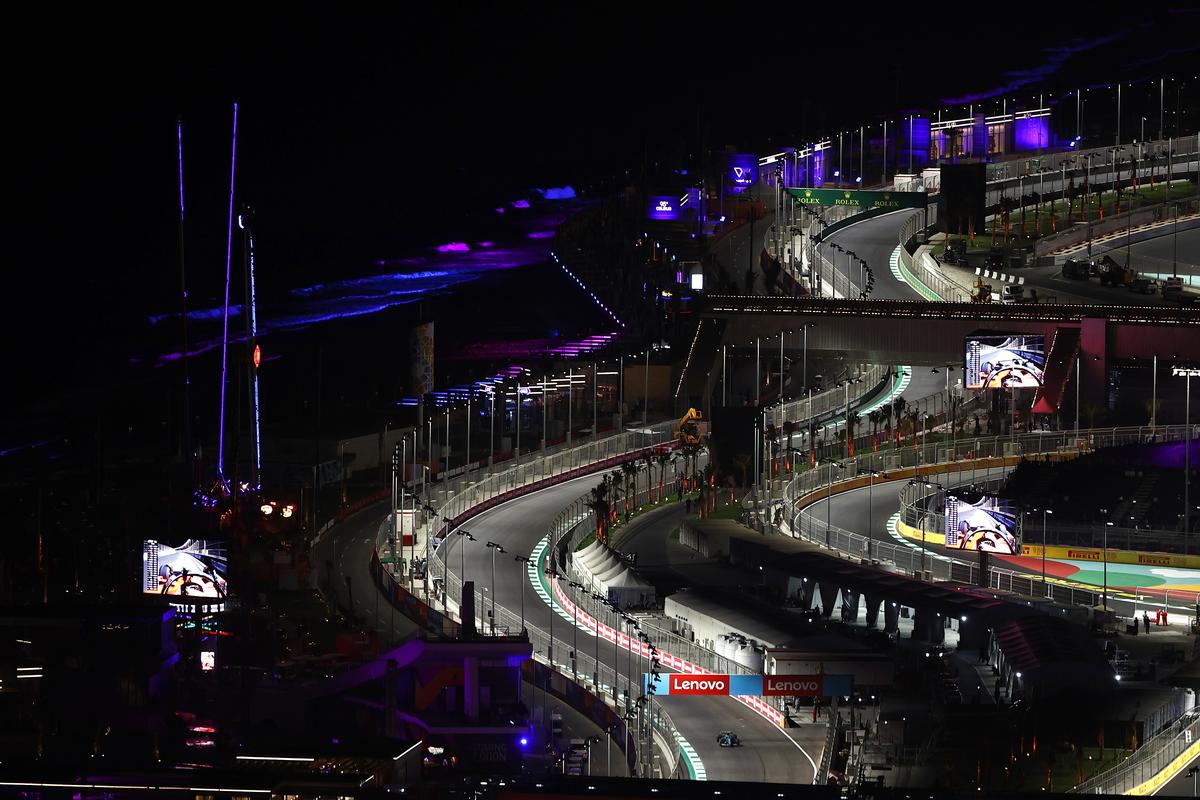 Formula 1 and the FIA have reaffirmed this weekend’s Saudi Arabian Grand Prix will proceed as planned despite an apparent missile strike at a nearby oil facility on Friday.

The incident prompted an emergency meeting ahead of the second hour of practice, delaying the session by 15 minutes.

Another meeting followed the session during which team bosses and drivers were assured of their safety, and the event’s ability to proceed.

A joint statement from Formula 1 and the FIA has now reaffirmed that stance.

“Formula 1 and the FIA can confirm that following discussions with all the teams and drivers, the 2022 FIA Formula 1 Saudi Arabian Grand Prix will continue as scheduled,” the statement issued on Saturday morning (local time) said.

“Following the widely reported incident that took place in Jeddah on Friday, there has been extensive discussion between all stakeholders, the Saudi government authorities and security agencies who have given full and detailed assurances that the event is secure.

“It has been agreed with all stakeholders to maintain a clear and open dialogue throughout the event and for the future.”

On Friday, driver press briefings following Free Practice 2 were cancelled ahead of the second meeting, which lasted some three hours.

“We have received total assurances that, for the country, safety is first, no matter the situation, safety has to be guaranteed,” Formula 1 CEO Stefano Domenicali said on Friday night.

“They [local officials] are here with their families, actually here at the track, so they have in place all the systems to protect this area, the city and the places we are going.

“So we feel confident and we have to trust the local authority in that respect. Therefore of course we will go ahead with the event.”

FIA president, Mohammed Ben Sulayem, noted that the attacks across Saudi Arabia over the last week have targeted specific facilities and not civilian sites.

“Who are they (the Houthis) targeting? They are targeting the infrastructure, not the civilians, and, of course, not the track,” he noted.

“We’ve checked the facts and we’ve got assurances from the highest level that this is a secure place. Let’s go on racing.

“All the families are here. We are only looking forward but with an assurance that nothing is going to happen.”

It’s understood a number of drivers were wary of continuing with the event in Saudi Arabia prior to Friday night’s meeting, but have now agreed to carry on.

“I think the sport has to stand together collectively,” said Red Bull team boss Christian Horner.

“Any act of terrorism cannot be condoned. The sport shouldn’t be bullied into a position that a situation like that just isn’t acceptable.

“Stefano and the [FIA] president, they’re dealing with it.

“There’s been all the assurances from the organisers and we’ll be going racing.”

Horner’s Mercedes counterpart, Toto Wolff added: “The circuit is probably the safest place that you can be in Saudi Arabia at the moment.”

Free Practice 3 at the Jeddah Corniche Street Circuit gets underway at 01:00 AEDT this evening.