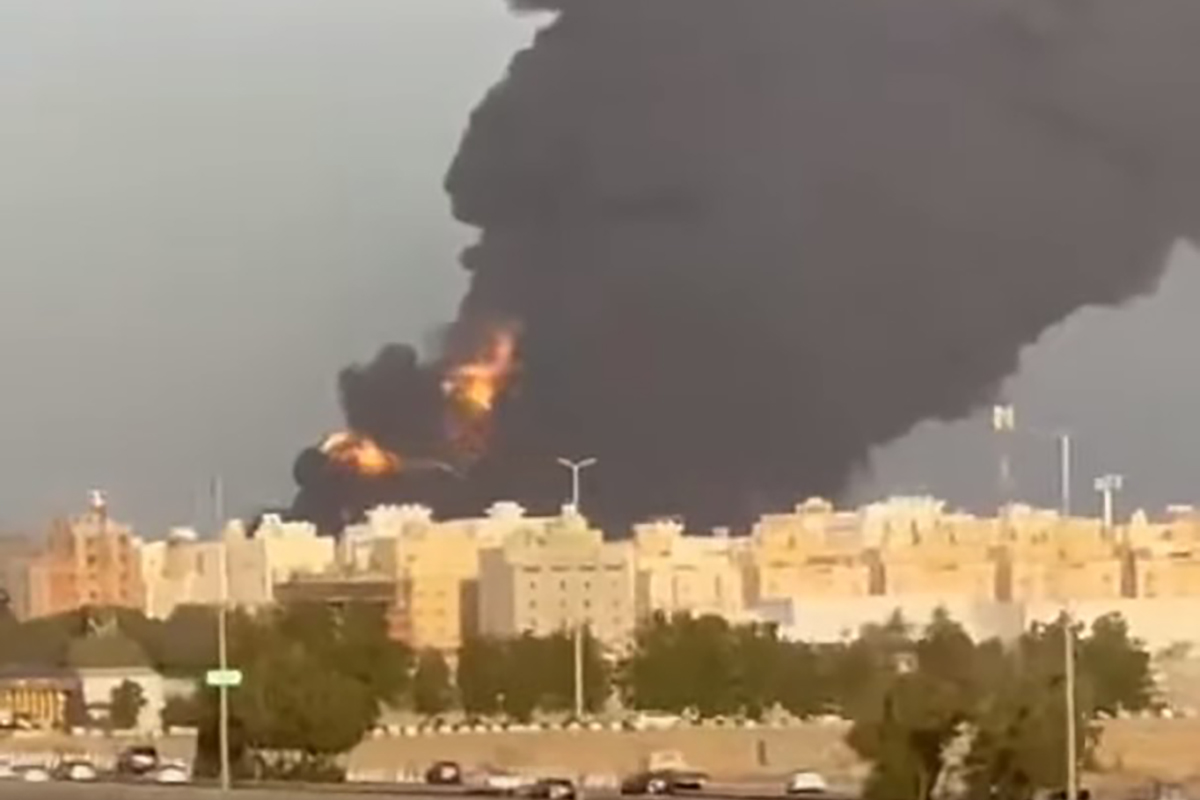 Formula 1 is waiting for information from officials after a large fire broke out in Jeddah during the opening practice session for the Saudi Arabian Grand Prix.

Update: The Saudi Arabian Grand Prix will go ahead despite the nearby missile attack

Thick black clouds wafted into the sky midway through the 60-minute session, reportedly the result of a fire at a nearby Aramco oil facility.

That facility is located some 10 kilometres from the venue, near the international airport, where FlightRadar24 showed planes being re-routed or kept in holding patterns.

No official word on the cause of the fire has been forthcoming, though speculation has run rampant online.

“We are waiting for further information from the authorities on what has happened,” a spokesperson for Formula 1 confirmed.

Security this weekend has been tightened at the Jeddah Corniche Street Circuit after attacks less than a week ago by Houthis militants on a number of locations in Saudi Arabia.

A missile last weekend caused a fire at an Aramco distribution centre in Jeddah, with the Coalition to Restore Legitimacy in Yemen claiming responsibility.

Aramco CEO, Amin Nasser, said “There were no injuries or fatalities, and no impact on the company’s supplies to customers,” as a result of last weekend’s attack.

On-track action in Jeddah has continued, with Formula 2 taking to the circuit as planned ahead of F1’s second practice session at 04:00 AEDT.

Team officials and drivers were called into a meeting with Formula 1 and circuit officials prior to Free Practice 2, which resulted in the session being delayed by 15 minutes.