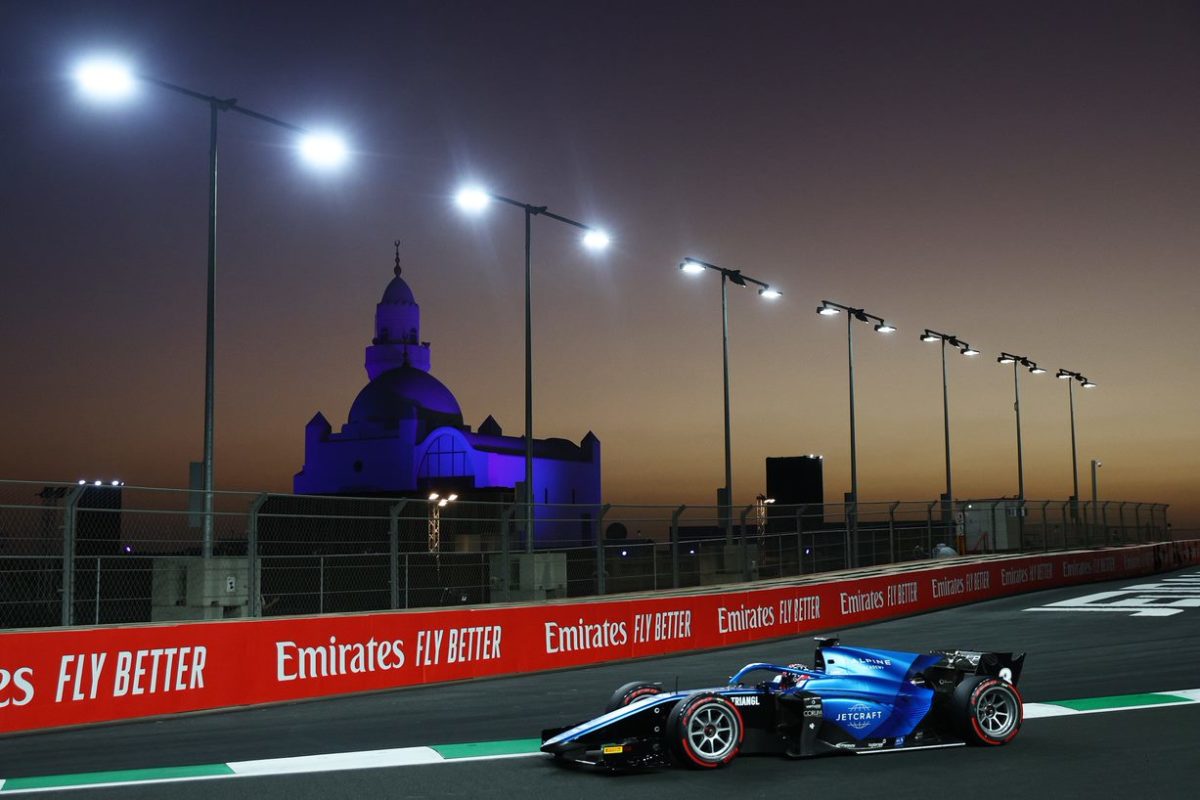 Felipe Drugovich has claimed pole position for the Formula 2 Feature race in Saudi Arabia while Jack Doohan will start third.

An interrupted qualifying session made it difficult for drivers to set a lap, with three red flags punctuating the affair.

Triggering the first of those was Theo Pourchaire, the Frenchman stopping on track with fire in the back of his machine.

It followed a hefty crash in practice earlier in the day, leaving the championship leader languishing in 21st on the grid as a result.

No sooner had the session restart that it was halted again after Logan Sargeant crashed.

It was rough timing for Ralph Boschong, who was on a strong flying lap at the time only to have to abort the effort.

Boschong had another attempt to improve, though traffic hindered his lap and ensured he fell just shy of Armstrong’s effort.

A final red flag was called for when Frederik Vesti clipped the wall and triggered the medical alert system.

The session again resumed with with only enough time for a final flying lap, for those who hadn’t already burned up their rubber.

Drugovich was one such contender, his late lap snatching pole while Richard Verschoor when second fastest and Doohan third.

Armstrong’s effort was bumped down to fourth, one spot up from Boschong, with Liam Lawson sixth and Calan Williams a solid eighth.

That will see the West Aussie line up third for the Sprint race on Saturday, which sees the Formula 2 field in action at 15:30 local time (23:30 AEDT).