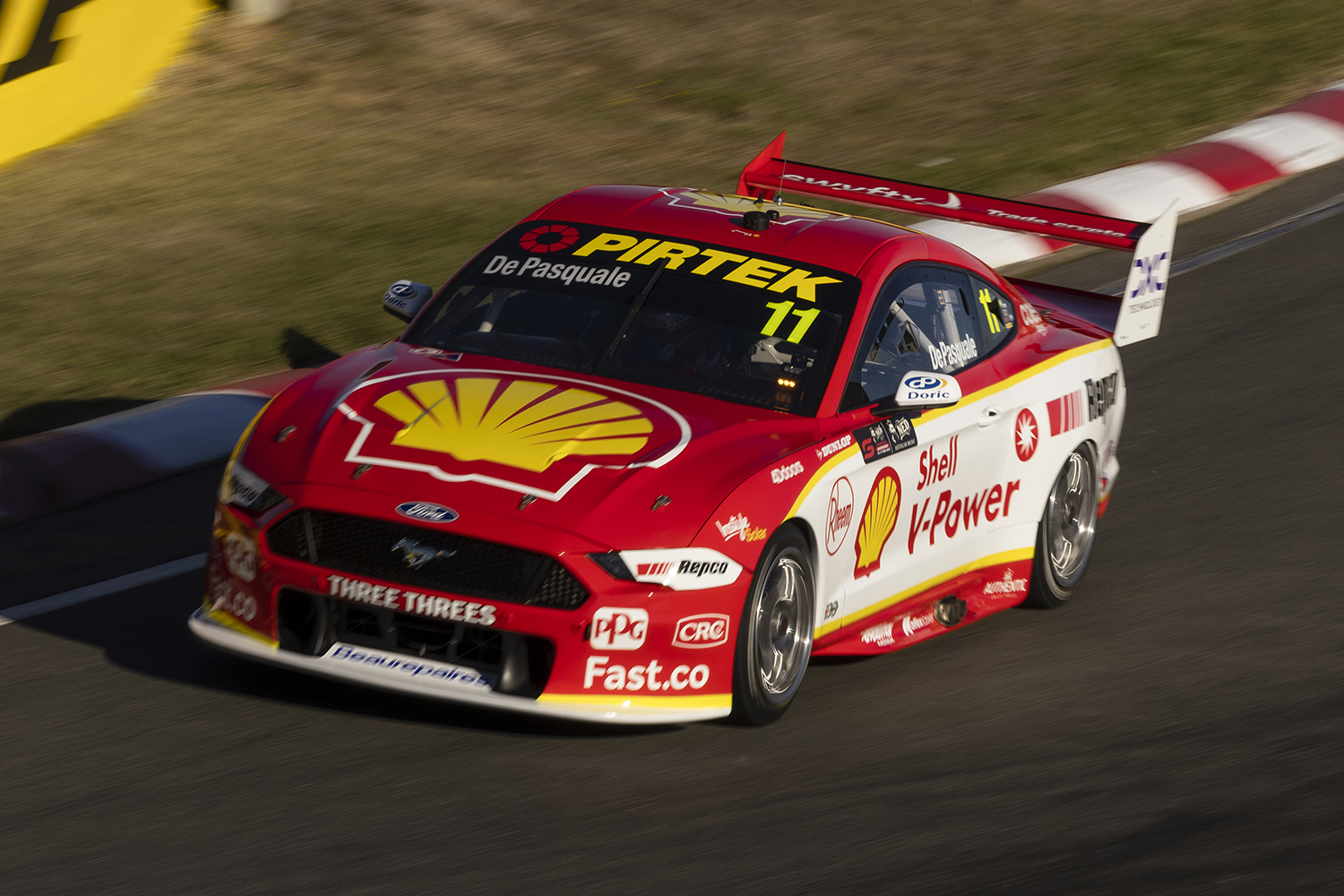 Repco Supercars Championship front-runner Anton De Pasquale has hailed his team’s aggressive strategy for getting him back to sixth in Race 3 at Symmons Plains.

De Pasquale was only 12th in qualifying, missing out on a Q3 berth.

His day went from bad to worse when contact between the and #2 Mobil 1 NTI Racing car of Nick Percat resulted in the #11 slumping to 20th at the end of Lap 2.

The post-race stewards’ report confirmed no driver was wholly or predominantly to blame for the incident.

From there, the Dick Johnson Racing driver climbed to 16th before pitting early on Lap 11.

By the completion of the pit stop sequence, De Pasquale had undercut his way into the top 10 and eventually passed Scott Pye in the #20 Seiko Racing entry for sixth.

“I just got hung out to dry a couple of times and then was just on the receiving end of just that first lap battle stuff,” De Pasquale said of the melee speaking with Speedcafe.com.

“It happens to me, usually cop it once or twice but I copped it probably three or four [times].

“That put me right back and then sort of just went with an aggressive strategy.

“The car speed was good so our race pace was awesome and it got us back into it.

“We had the car speed and we knew our race car and tyre life was going to be quite good, so we backed ourselves in and had a dip.

“We qualified a long way back, so there was no real other options at that point.

“We just probably have to qualify a little bit stronger tomorrow is the goal, and then we know our race car is there or thereabouts.”

By contrast, team-mate Will Davison enjoyed a strong showing in qualifying and the race, starting and finishing second in the sister #17 Ford Mustang.

“We know our car is quick enough for podiums tomorrow, we just need to nail it in quali which we haven’t quite hit the nail on the head here,” said De Pasquale.

“We’ll look at that tonight. We haven’t had any real time to change anything massive throughout the day.

“In race trim, our thing is awesome. It’s just nailing that over a lap, which is quite important.

“I’m probably just lacking that tenth, tenth and a bit, in that qualifying trim today, which, around here, is seven or eight positions.

“We know where we’re looking for but we’ll see how that pans out tomorrow. We’ll have a dip and see what we’ve got.”