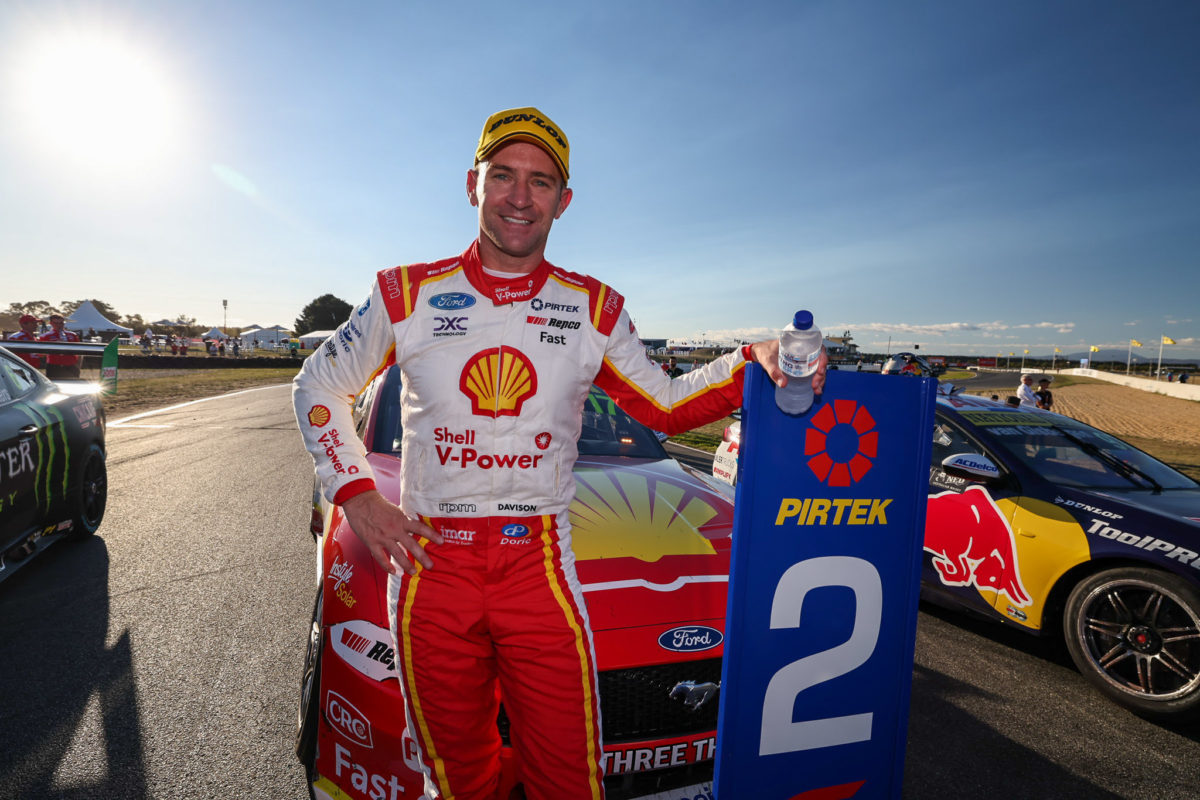 Will Davison’s second placing in Race 3 of the Repco Supercars Championship has brought him level with his legendary team owner, Dick Johnson, in terms of all-time podiums.

The two are now tied for 10th in the record books with 65 top three finishes each in Australian Touring Car Championship races following Davison’s first rostrum of the season at Symmons Plains.

The 39-year-old, driving with Johnson’s iconic #17 on his Shell V-Power Racing Team Mustang, qualified on the front row for the first race of the Ned Whisky Tasmania SuperSprint weekend.

He was third when the front-runners began to take their compulsory pit stops, having been overtaken by eventual winner Shane van Gisbergen, but emerged an effective second once the cycle was done and maintained that position until the chequered flag.

“To be mentioned in the same sentence as one of my heroes Dick Johnson is an honour,” said Davison.

“I’m very respectful of everything he has achieved. It’s special to achieve this record at this amazing team, driving his special number, and I’ll certainly reminisce, but I’m obviously focused on getting some victories.

“I ultimately think we maximised all we could, we weren’t strong enough before the stop, that was highlighted by Shane’s pass at Turn 6. I tried everything I could to defend but he was just too strong.

“The pit stop was amazing, I think we were the quickest in pit lane, so a big thank you to the team for getting us ahead of Cam [Waters, who had been second before the stops]. I definitely finished stronger at the end of the race, compared to the start.

“Some positive things to look at, definitely a very positive day and I’m very hungry to get a win. We did our best today and we will try to be better again tomorrow.”

In the other Dick Johnson Racing Ford, Anton De Pasquale minimised the damage to his title hopes by getting back up to sixth at the finish from as low as 20th on Lap 2 of the 44-lap race.

De Pasquale thus retains second in the championship, 17 points behind van Gisbergen, while Davison occupies fourth at 44 points off the pace.