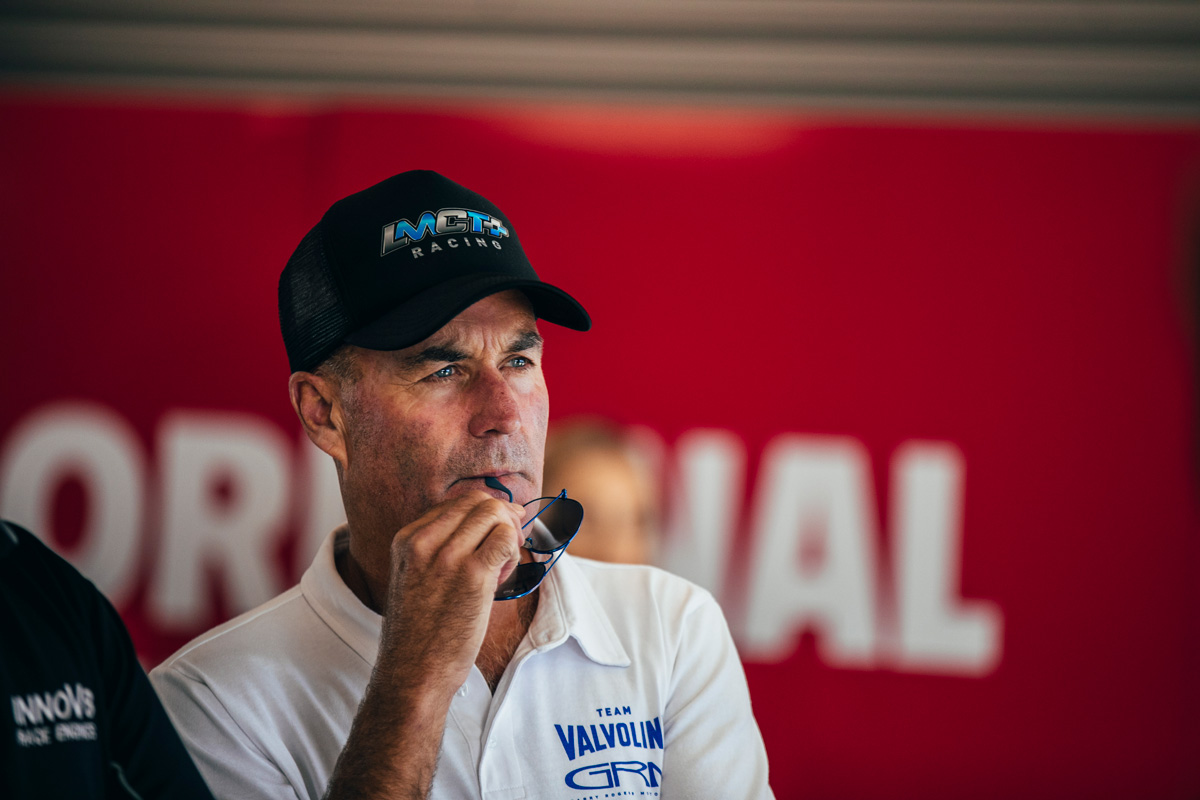 Speedcafe.com revealed this morning that Motorsport Australia had finalised various changes, including removing the effective requirement to have completed six Dunlop Super2 Series rounds in order to be eligible for a Superlicence.

A driver cannot compete in the top-tier Repco Supercars Championship without a Superlicence.

While talk is rife that Supercars may yet still enforce the need for Super2 experience to drive in its championship in addition to possessing a Superlicence, Rogers welcomed Motorsport Australia’s updated stance.

Rogers is in a fascinating position with regards to the situation, as the largest shareholder in the Australian Racing Group – whose categories he last week claimed was being adversely affected by the previous framework – as well as being a Supercars board member.

He also was directly impacted in 2020 when Garry Rogers Motorsport, of which he is a director, was unable to obtain a Superlicence for Nathan Herne to compete as a Bathurst 1000 wildcard.

“I often say, we’re kidding ourselves if we think motorsport is a cheap sport from the very start, because to take your kid to the go-kart track is a lot more expensive than taking them to the footy ground with a pair of footy boots,” Rogers told Speedcafe.com this morning.

“From the very start with motorsport, there is certainly a financial limitation that probably excludes, unfortunately, certain people being able to showcase maybe what potential they have got.

“You really want the majority of young people that are interested in motorsport to be able to dream as they go down the hill in their billy kart that one day they can race at Bathurst.

“The marquee event in our country is the Bathurst 1000. I know there’s a number of other Bathursts these days, but really it’s the Bathurst 1000 that is our grand final, our Melbourne Cup, whatever term you want to use.

“Every young child that is interested in getting involved in motorsport should believe that they can get there and to open up the pathway for them, rather than just have a funnel through Super2 or Super3, I think is the logical thing to do.

“You’re still not going to achieve that end goal if you don’t have the skills.”

Rogers pointed to 2021 Gold Star winner and former European open-wheel talent Joey Mawson as a prime example of a driver who may benefit from the changes.

“I look at a young driver like a Joey Mawson, you look at his credentials, what he did in Europe… a guy like him, currently until this change has happened, wouldn’t be able to race a Supercar at Bathurst. Now, to me, that’s ridiculous,” said Rogers.

“He’s well and truly got the talent to race a Supercar at Bathurst.

“He still needs a team, a team still has to be prepared to pick him up. You’re not just going to get there because you have got the licence, but there’s no reason why a fellow of his credentials should not have a licence.

“So, I’m pleased that it’s happened. I hope that other young drivers out there can dream of racing at Bathurst and find a way to get there through other categories.

“There’s nothing wrong with Super2 or Super3, but really, we’re the only sport in the world that has hand-me-downs as the major support category.

“Anyway, to me, it’s a good decision and I think Motorsport Australia, good on them.”

Supercars is yet to make comment on the newly revised Superlicence criteria.