Calls for further resurfacing at Mandalika before 2023 MotoGP race

Calls for further resurfacing at Mandalika before 2023 MotoGP race 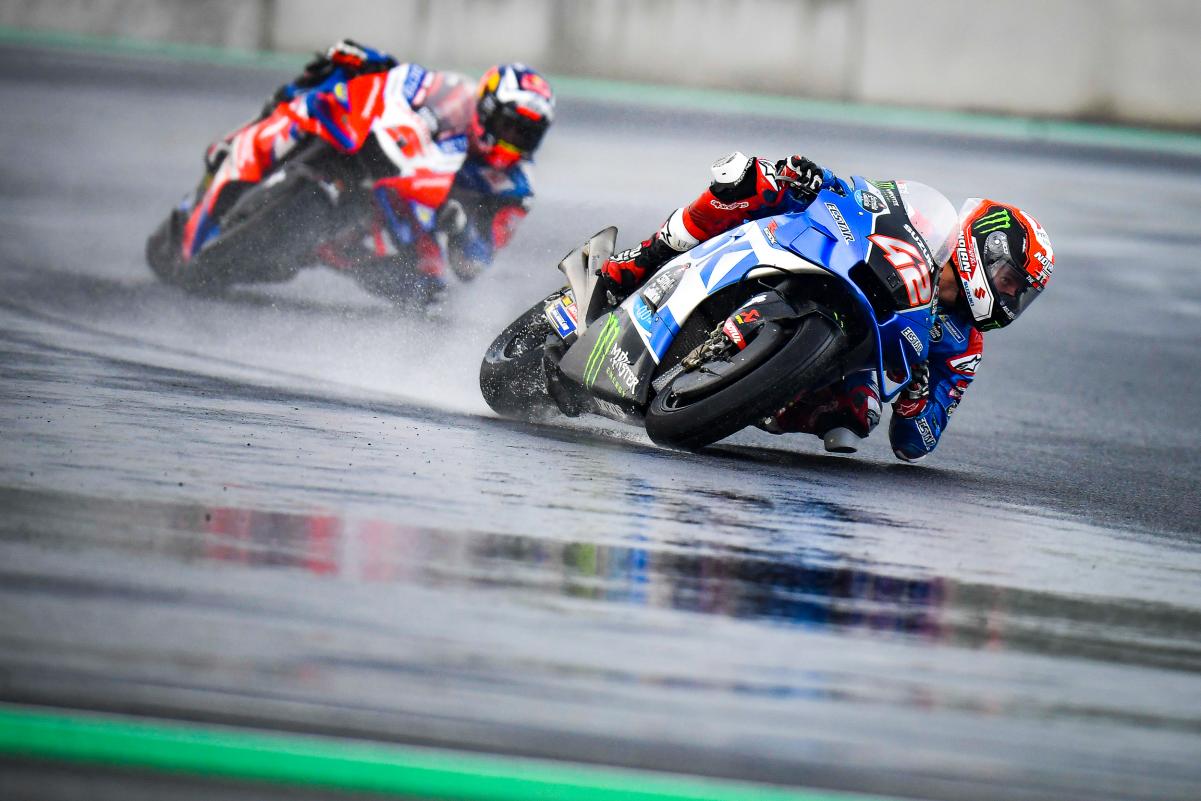 There are calls for the Mandalika circuit to be resurfaced a second time after riders were hit with stones again during the Indonesian MotoGP race.

The track underwent a hasty, partial resurface before it hosted Round 2 of the season after a similar problem arose during pre-season testing in February.

Another challenge, that being a lack of grip, persisted, before decisions were taken on the Sunday of the event to shorten the Moto2 and MotoGP races.

Safety was cited as the reason for the change, with FIM Grand Prix Safety Officer Franco Uncini attributing it more specifically to “high temperatures”.

Race start for the premier class was subsequently delayed by more than an hour due to torrential rain before a 20-lap grand prix, a reduction of seven laps relative to the original schedule, got underway.

However, it was just as well that the rain came, suggested Alex Rins, who finished the race with stones in his leathers.

“I don’t know [if the race could have proceeded in dry weather] because the track condition was so, so difficult,” he said.

“In the last corner, the tarmac was starting to come out.

“Even in the wet, we felt the asphalt hitting our body from the rider in front, so imagine in dry conditions. Luckily, nobody got hurt.

“When I took off my leathers after the race, I had my chest full of black stones.

“They need to fix it, because it’s a bit dangerous. Let’s see.

“They say that they will resurface [for next year]; all of the circuit.”

Rins’ Suzuki team-mate Joan Mir also claimed the race had in fact been shortened due to the break-up of the track.

“The problem with the asphalt was more for dry conditions, but even in rain conditions you started to see some holes at the end of the lap, the last corner,” explained the 2020 MotoGP champion.

“Imagine in the dry? Woah, it would be hard; it would be a challenge to complete the race.

“For us, it was also a surprise when they reduced the laps.

“I only realised it was 20 laps during the Moto2 race, like everyone else. It was because of the last corner; the tarmac had holes.

“The resurfacing [for next year] is really important.”

The Ducati Lenovo Team’s Jack Miller was less concerned, as is so often the case in similar situations.

However, he backed up the comments that the race was cut back due to the deterioration of the track surface.

“I could see why they shortened it,” said the Queenslander.

“Where the asphalt had been copping a hiding all weekend, you crank it over right on the apex there and it was… The asphalt was only finished last weekend [prior to grand prix event]. Generally, it needs a month or two to set in.

“I think under the circumstances, the race would have happened no problem and I’m sure it would have been fine.

“We had a grand prix and better not to look at the negative side but the positive, that we had a great day’s racing and got to give the fans a show here and I think they were all pretty happy.”

The low-grip conditions apparently caught out Marc Marquez when he had a highside which has left him with a new bout of diplopia (double vision).

It is not yet known whether or not the Repsol Honda rider will be fit for Round 3, next weekend at Argentina’s Termas de Rio Hondo circuit, or indeed if his career will continue at all.