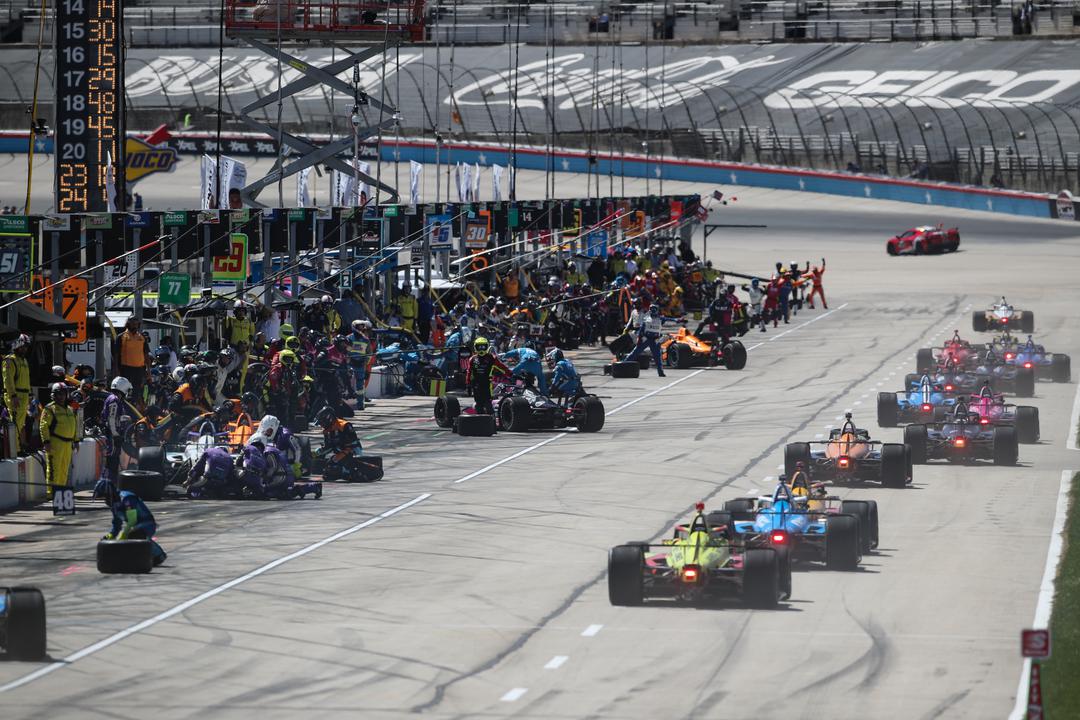 Inaugural testing of IndyCar’s incoming engines has been brought forward to the start of next week.

The new 2.4-litre V6s were set to be run for the first time on March 30-31 at Sebring, a popular venue for IndyCar testing.

Instead, however, both the Chevrolet and Honda units will get miles put through them on the Monday and Tuesday of March 28-29 on Indianapolis’ road course (dates local).

The new engines are set to produce a base of 800 horsepower, with a supplementary hybrid system set to bring the total figure to 900 horsepower.

The 2.4-litre hybrid formula was set to take effect in 2022, before a postponement was announced in October 2020 because of challenges caused by the COVID-19 pandemic.

A delay of another season was decided upon earlier this month, due to “ongoing global supply chain challenges with some hybrid system components”.

Chevrolet-powered cars have won the first two races of the current season, driven by Scott McLaughlin on the streets of St Petersburg and his Team Penske team-mate Josef Newgarden at Texas Motor Speedway.

The campaign continues with the Grand Prix of Long Beach, another street circuit, on April 8-10 (local time), while Indianapolis hosts the fifth event of the year on the road course in mid-May.