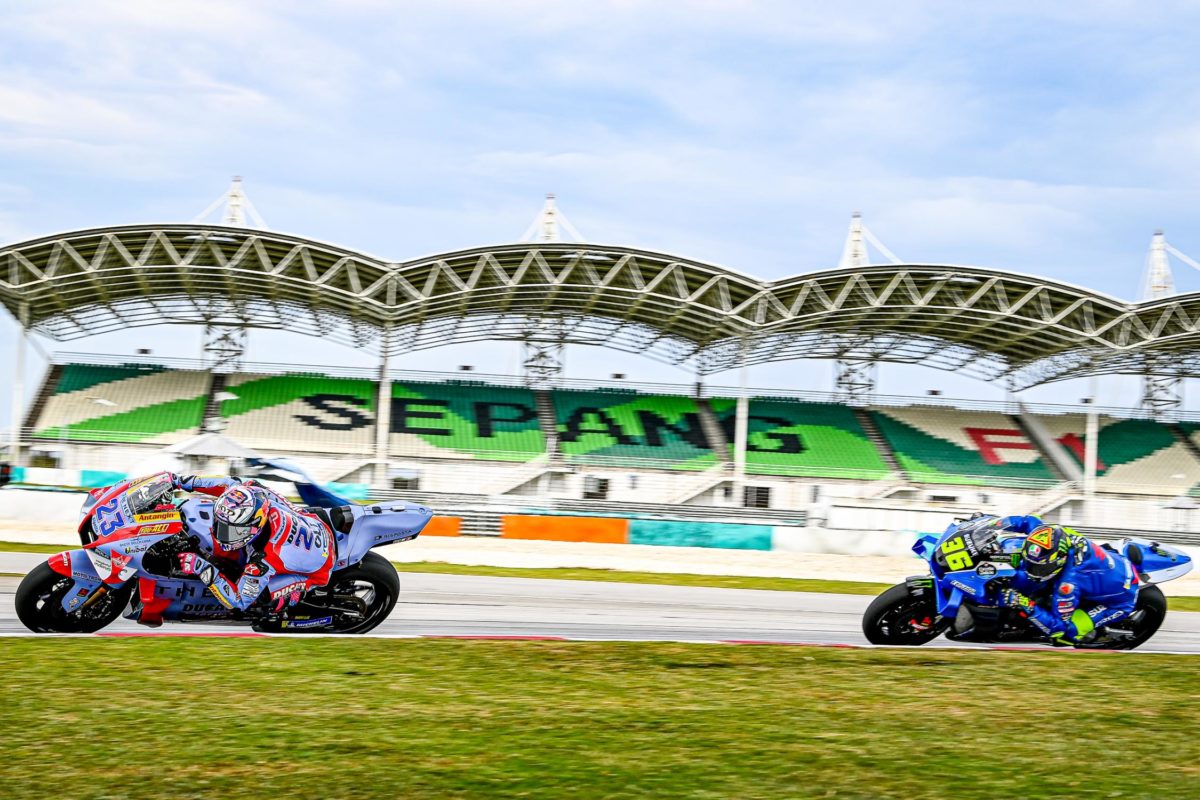 Pre-season testing at Sepang in February 2022

The Malaysian Grand Prix will feature on the MotoGP calendar until at least 2024 under a new deal between the Sepang International Circuit and Dorna Sports.

Furthermore, Malaysian energy company Petronas has become the naming rights sponsor of the event from 2022, despite dropping its major backing of the SRT squad which has since morphed into RNF.

Sepang’s grand prix debut came in 1999 and it had been an ever-present on the calendar until the outbreak of COVID-19 caused it to miss out for the past two seasons.

However, it became the first Asia-Pacific track to host official MotoGP activity since the 2020 pre-season when testing ahead of the current campaign took place at the Kuala Lumpur venue last month.

Furthermore, negotiations on a contract covering the period through to 2026 are said to already be underway.

“We’re very happy to confirm that the Grand Prix of Malaysia will remain on the calendar until at least 2024,” said Dorna Sports CEO Carmelo Ezpeleta.

“Malaysia is a vital market for MotoGP and it is a pleasure to race at Sepang and witness the incredible passion of the fans who fill the grandstands.

“After proving able to return to Malaysia for pre-season testing this year, we couldn’t be more eager to come back and race.

“We all look forward to the Grand Prix of Malaysia and seeing our Malaysian fans for many more seasons.”

“With record-breaking crowds year on year, we look forward to welcoming the fans back to Sepang after a two-year break due to the pandemic.

“In line with our #WelcomeHome theme, this year is about the revival of international motorsports with more unique offerings to the fans.”

As had become customary, this year’s Malaysian Grand Prix is the penultimate round of the season, to be held on October 21-23.

It will be the last of four flyaway events in five weekends in the region, taking place a week after the Australian Motorcycle Grand Prix at Phillip Island.