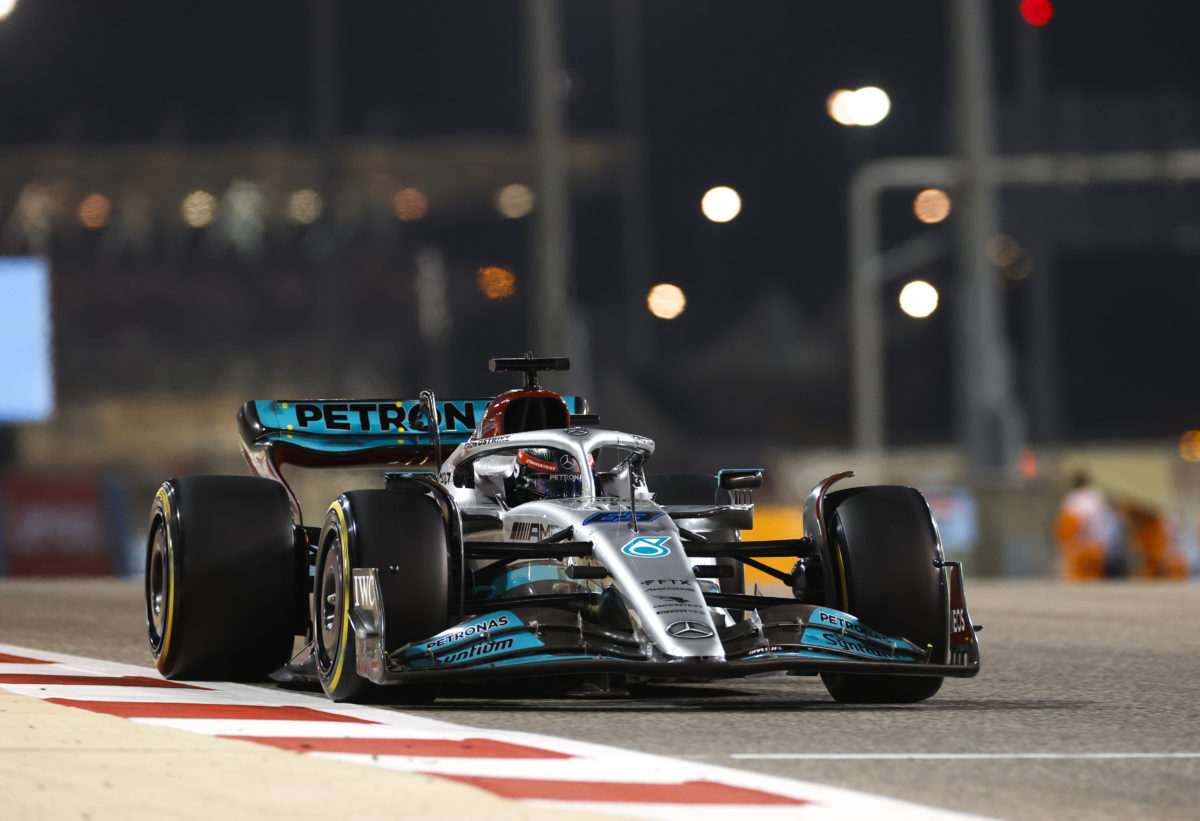 Mercedes does not believe it is down on power

The top speed deficit Mercedes suffered from during the Formula 1 Bahrain Grand Prix was not the result of the power unit lacking, according to team technical director, James Allison.

Mercedes did not feature at the top of any of the maximum speed charts from Sunday’s race, though Hamilton was fifth-fastest across the start-finish line with a speed of 290.4km/h.

However, at the speed trap 158m before Turn 1, the Brit was only 11th-fastest, suggesting his W13 ran out of steam in the second half of the front straight.

Meanwhile, Ferrari power units showed well, with the factory team, Haas, and Alfa Romeo Sauber all featuring towards the top, as did the RBPT-Honda units in the back of the Red Bulls and AlphaTauris.

“I think most of that is coming from the size of our rear wing,” Allison suggested of the relative lack of top speed.

“If you look at the cars coming down the straights one after the other and just look at the frontal area of the rear wings that each team has, you will see that we were running the biggest rear wing.

“Now there will be other differences of course, there may be small differences in the power of the engines, but I don’t think any of us, none of the teams have got a handle on that at the moment, exactly what the pecking order is, and they are likely to be small if differences at all.”

The question in Allison’s eyes is therefore not why was the Mercedes W13 seemingly slow in a straight line, but why the car needs to carry more downforce than its rivals.

“That of course is the million dollar question here,” he noted.

“We’ve spent a lot of time and effort and love on trying to make the car as quick as it possibly can be but we haven’t yet delivered something competitive.

“We are having to run a big wing at the moment to give ourselves the downforce to do the best lap time we can with our car, but it is falling short of what is necessary for competitiveness.

“So, with a bit of luck and in the coming races we will rapidly improve our car and that will allow us also to drag some rear wing out of it and will allow us to pick up our speed on the straight as a consequence.”

Asked by Speedcafe.com over the Bahrain GP weekend which area, after porpoising, Mercedes needed to focus on most, Lewis Hamilton indicated rear end grip.

“We don’t have the downforce that we need. That’s why we can’t get close to the other guys.

“And then you can use the mechanical balance and wings to counteract that.

“If you can get on the power earlier than everybody else, it pays dividends down the straights.”

The squad therefore sits second to Ferrari in the constructors’ championship heading to the Saudi Arabian Grand Prix this weekend.

Opening practice in Jeddah begins at 01:00 AEDT on Saturday morning.